OPENING: World Premiere of Lettie at Victory Gardens Theater Through 5/6/18

After serving seven years in prison, Lettie is released and struggles to make a fresh start. Her children, who have been cared for by her half-sister, want little to do with her. Her re-entry job is anything but gentle as she takes on the dark, harsh world of welding. Trying again and again to create a non-criminal life, Lettie is confronted by her past and must make impossible choices to protect her future. Lettie, directed by Artistic Director Chay Yew (A Wonder In My Soul, The House That Will Not Stand) marks playwright Boo Killebrew’s Victory Gardens Theater debut.

​“I'm thrilled to be collaborating with playwright Boo Killebrew on this new work,” said Artistic Director Chay Yew. “Lettie is a moving and profound play that accurately captures the portraits of working-class women dealing with issues of recidivism and challenges in re-entry employment from incarceration, gender and race in the work place, poverty, and motherhood. One of most unique voices in the American Theatre, Boo possesses a remarkable ability to address relevant and difficult social issues through the prism of recognizable and deeply resonant personal relationships."

BOO KILLEBREW (Playwright) Boo Killebrew is a playwright, actress, and co-founder of CollaborationTown Theatre Company.  Boo was a Lila Acheson Playwriting Fellow at The Juilliard School and the recipient of The Paula Vogel Award at The Vineyard Theater. She is a resident of The SPACE Working Farm, an alumni of the Emerging Writers Group at The Public Theater, a recipient of a NYFA Fellowship, an alumni of TerraNova's Groundbreakers, an Affiliated Artist and Kitchen Cabinet Member with New Georges, and a Usual Suspect with New Theater Workshop.  Her plays include MILLER, MISSISSIPPI (The Leah Ryan Prize 2015, Dallas Theater Center 2017); ROMANCE NOVELS FOR DUMMIES (Williamstown Theater Festival, 2016), DAYS LIKE DIAMONDS, THE PLAY ABOUT MY DAD (59e59 Theatres), THE d LIFE, CAVEAT EMPTOR and THE MOMENTUM (NYC Fringe Festival Excellence Award for Overall Production of a Play; GLAAD Media Award Nominee).  Her work has been presented at The Roundabout Theatre, The Public Theater, Williamstown Theater Festival, The Atlantic, New York Theater Workshop, New York Stage and Film, Perry Mansfield, Portland Center Stage, New Georges, Clubbed Thumb, The Huntington Theatre Co., 59e59 Theatres, The New Ohio, The Labyrinth, The Alley Theatre, and Boston Playwright's Theatre. Boo was an Edward F. Albee Foundation Fellow, an Artist in Residence at NYFA, Robert Wilson's Watermill Center, New York Theater Workshop, The MacDowell Colony, Williamstown Theater Festival, and the Lower Manhattan Cultural Council.  Boo has received two New York Innovative Theater Awards, two Fringe Excellence Awards, and The Bette Davis Foundation Award. She is currently commissioned by Victory Gardens, The Dallas Theatre Center, and Manhattan Theatre Club. Boo is a writer for Longmire on Netflix and created the television pilot Aim High, which is currently in development at AMC.

Victory Gardens has partnered with mobile theater ticketing app TodayTix to offer free tickets for the first preview of Lettie. Free Tickets will be available via TodayTix mobile lottery, launching one week before the first preview on Friday, March 30, 2018. Winners will be notified by email and push notification between 12:00pm and 3:00pm on the day of the first preview, Friday, April 6, 2018. To enter, download the TodayTix app on your iOS or Android device.

AFTERWORDS
Post-Show Conversation
After every performance of LETTIE (unless otherwise noted)
Join us for one of our intimate post-show conversations. Led by members from the Victory Gardens community—artistic affiliates, artistic staff, and community partners— reflect on what you’ve seen and share your response.

CELEBRATION: ALL MY WOMEN MAKIN’ MONEY
Pre-Show Reception
April 7 | Saturday | 6:00pm
Support women breaking down equity barriers—and have a great time doing it! Join us for a night celebrating the work of women in traditionally male-dominated fields. Enjoy complimentary refreshments and engage in a discussion about women’s equity in the workforce as we celebrate women workin’ hard and gettin’ paid.

PANEL: A CONVERSATION WITH BOO KILLEBREW
Post-Show Conversation
April 12 | Thursday | 9:30pm
Lettie follows one mother’s incarceration and reentry, but it wasn’t written by a formerly incarcerated mother. How do playwrights tell stories that aren’t their own? For playwright Boo Killebrew, it started with talking to people who lived the experiences she wanted to explore. From interviews to collaboration with these women, join Boo as she discusses her work and process with dramaturg Skyler Gray.

PANEL: THEATRE AS THERAPY
Post-Show Conversation
April 18 | Wednesday | 9:30pm
Since its opening in 1994, the Grace House residential program has provided interim housing, emotional and spiritual support, and professional counseling to women who are exiting the Illinois prison system. Women who have lived at Grace House share their stories of re-entry and how theatre played a role in their healing.

SOCIAL JUSTICE PANEL: JUSTIS4JUSTUS
Post-Show Conversation April 20 | Friday | 9:30pm
Made possible by the support of The David Rockefeller Fund
After the evening performance join members of Justis4Justus, an organization working to rebuild the lives of exonerees, as we discuss how we, as citizens, grapple with the U.S. prison system and what happens when it fails us.

SALON: COLLEGE NIGHT: COMEBACKS
Post-Show Performance
April 27 | Friday | 6:30pm & 9:30pm
What do Michael Jordan, Natasha Lyonne, and Lettie from Lettie have in common? They all made a comeback. The journey is often difficult and often inspiring—and famous or not, we love it when the people we love bounce back. Join us after the evening performance of Lettie for a free post-show performances about coming back from adversity written, directed, and performed by college artists from DePaul University, Loyola University, Northwestern University, and Columbia College.

SOCIAL JUSTICE PANEL: STORY CATCHERS
Post-Show Presentation and Q&A
April 29 | Sunday | 5:00pm
Made possible by the support of The David Rockefeller Fund
While Lettie's experiences and trials are singular, it is important to remember the many hardships faced by her children during her years in prison. As the child of a parent who is incarcerated, there is a unique set of challenges and emotions that accompany that trauma. Victory Gardens Theater has partnered with Storycatchers Theater to share the stories and struggles of young people with current or formerly incarcerated parents. Join us for a short performance and panel discussion with adolescents who have lived this experience and the amazing staff of Storycatchers Theater who help them share their stories, make sense of their world, and heal.

SOCIAL JUSTICE PANEL: RECLAMATION
Post-Show Conversation
May 5 | Saturday | 5:00pm
Made possible by the support of The David Rockefeller Fund
In Boo Killebrew’s Lettie, we follow the journey of two mothers trying to do their best as they begin the process of mending relationships with their kids, families, and themselves after incarceration. What is the mother’s journey in that process? How can we better support them? Join us for this riveting post-show conversation as we are joined by the Chicago Legal Advocacy for Incarcerated Mothers as we unearth what it means to reclaim space and time. 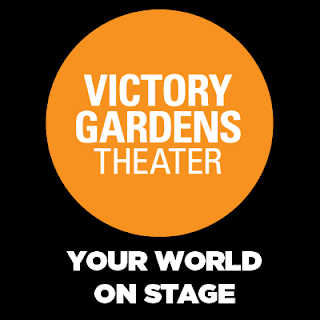