THE CURIOUS INCIDENT OF THE DOG IN THE NIGHT-TIME WILL PLAY BROADWAY IN CHICAGO’S ORIENTAL THEATRE DECEMBER 6 – DECEMBER 24, 2016

TICKETS GO ON SALE TO THE GENERAL PUBLIC FRIDAY, OCTOBER 7

THE CURIOUS INCIDENT OF THE DOG IN THE NIGHT-TIME 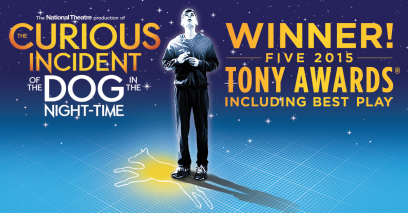 Fifteen-year old Christopher has an extraordinary brain; he is exceptionally intelligent but ill-equipped to interpret everyday life. When he falls under suspicion for killing his neighbor’s dog, he sets out to identify the true culprit, which leads to an earth-shattering discovery and a journey that will change his life forever.

THE CURIOUS INCIDENT OF THE DOG IN THE NIGHT-TIME transferred to London’s West End, following a sold-out run at the National’s Cottesloe Theatre in 2012. The production received seven 2013 Olivier Awards, including Best New Play and continues to play to sold-out houses at the Gielgud Theatre in London.

Mark Haddon’s novel The Curious Incident of the Dog in the Night-Time was published in 2003. It was the winner of more than 17 literary awards, including prizes in the US, Japan, Holland and Italy as well as the Whitbread Book of the Year Award in the UK in 2004, and has been translated into 44 languages. 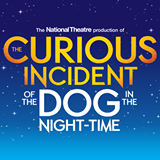 Email ThisBlogThis!Share to TwitterShare to FacebookShare to Pinterest
Labels: Broadway in Chicago, opening, Oriental Theatre, shows on our radar, The Curious Incident of the Dog in the Night-Time, Theatre Chicago, tickets on sale
Older Posts Home
Subscribe to: Posts (Atom)