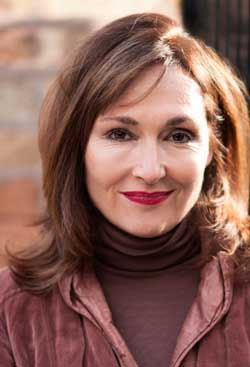 There is no late seating available for this production.
Posted by Bonnie Kenaz-Mara at 3:04 PM No comments:

We are now at the half-way mark in our $50,000 goal to open Mythical Proportions at Theater Wit on August 20.   Your participation is  vital to its existence on the stage.  Will you be a part of our effort?
To buy tickets for the benefit click the Donate Button.  Tickets are $75 and include open bar, small-bites dinner by Enoteca Roma, and designer desserts by Chana Zelig.  Along with Nora will be special guests Rick Kogan, Sheila Donohue, and project Runway’s Peach Carr.  Once you purchase you’ll be included on our guest list.

The Hilton-Asmus Gallery will be exhibiting artist Ani Afshar’s “Weaving Gardens Casting Shadows” and a silent auction will feature pieces created with the show’s mythological theme in mind by Chicago artists Frank Navin and Brent Houston, as well as paintings by John Kurtz and Los Angeles artist Scott Siedman.  Pieces created by Ms. Dunn will also be a part of the auction, as well as silk-screened signed Mythical Proportion posters.

For further information on Mythical Proportions and ticket information for the fundraiser Myths and Legends, visit www.mythicalproportions.com.  Guests can also pay at the door.

ABOUT NORA DUNN
Nora Dunn is most recognized for her work as a cast member of Saturday Night Live from 1984 to 1991.  Her recent television credits include ABC’s The Neighbors, Franklin & Bash, Don’t Trust the B… In Apartment 23, Curb Your Enthusiasm, and four seasons on Entourage where she played Ari’s shrink, Dr. Marcus.  Her recent films are The Guilt Trip and It’s Complicated, along with a roster of comedies such as Working Girl, Laws of Attraction, Pineapple Express, Bruce Almighty and Miami Blues.  Dramas include Three Kings and Runaway Jury.  Ms. Dunn will open her new one-woman show at Theater Wit on August 20.

ABOUT HILTON-ASMUS GALLERY
The most recent exhibited work at Hilton-Asmus Gallery is the Greek artist Kostis Georgiou’s show Pixels.  In June 2013, the gallery will present Field of Light, the works of acclaimed Italian artist and architect Marco Nereo Rotelli, who has illuminated iconic monuments such as the Arc de Triomphe in Paris and at the Beijing Olympics.  For more information on the gallery and exhibitions, please visit www.hilton-asmus.com and www.facebook.com/HiltonAsmus

Posted by Bonnie Kenaz-Mara at 3:16 PM No comments: