OPENING: Rolling World Premiere of In Every Generation April 2 – May 1, 2022 at Victory Gardens Theater 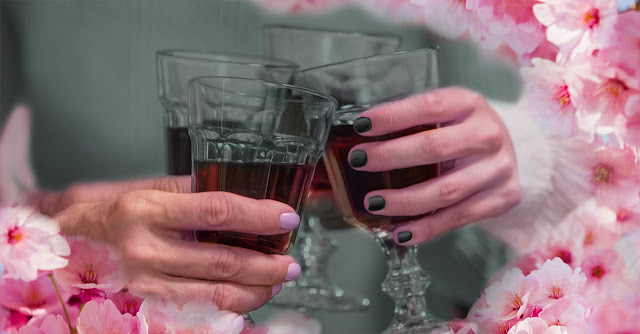 Victory Gardens Theater continues its 2021/22 Mainstage Season with the world premiere of In Every Generation, written by Ali Viterbi and directed by Devon de Mayo. This is a National New Play Network Rolling World Premiere by Victory Gardens, the Olney Theatre Center (MD), and San Diego Repertory Theatre (CA). In Every Generation runs April 2 – May 1, 2022 at Victory Gardens Theater, 2433 N. Lincoln Avenue. I'll be out for the press opening April 8th so check back soon for my full review. Tickets are on sale now and available by phone at 773.871.3000 or online at www.victorygardens.org.

Each Passover, for four millennia, we ask: why is this night different from all other nights? And each year, the Levi-Katz clan has answered, while struggling with questions of race and religion that never seem to get resolved. The family finds strength in tradition (vegan brisket or no); but each year of celebration brings more pressing questions about the future: if trauma is generational, then must we be defined by it? Will we ever be free? Written by Ali Viterbi, In Every Generation was the 2019 winner of the National Jewish Playwriting Contest, and will have its world premiere at Victory Gardens, staged by Devon de Mayo (If I Forget, Victory Gardens).

ALI VITERBI (Playwright; she/her) is a playwright, television writer, and educator from San Diego. Her plays have been developed, produced, or commissioned by Geffen Playhouse, The Kennedy Center/National New Play Network, La Jolla Playhouse, Round House Theatre, San Diego Repertory Theatre, HERE Arts Center, The Barrow Group, and North Coast Repertory Theatre, among others. Her play In Every Generation won the 2019 National Jewish Playwriting Contest, and she has been a finalist for the O’Neill National Playwrights Conference and the Bay Area Playwrights Festival. Ali has developed TV projects with AMC and Anonymous Content. She was a member of the 2020/2021 Geffen Playhouse Writers’ Room, and she is the associate artistic director of the annual Lipinsky San Diego Jewish Arts Festival. Ali received her B.A. from Yale University and her M.F.A. in Playwriting from UC San Diego.

DEVON de MAYO (Director; she/her) Victory Gardens: If I Forget and Ignition Festival in 2016, 2017 and 2019. Chicago Credits: First Love is the Revolution (Steep Theatre); The Tasters, Laura and the Sea & The Scientific Method (Rivendell Theatre); Women Laughing Alone With Salad (Theatre Wit); The Burn (Steppenwolf Theatre); Harvey (Court Theatre); Sycamore (Raven Theatre); You on the Moors Now (The Hypocrites); Animals Out of Paper (Shattered Globe Theatre); You Can’t Take it With You and Lost in Yonkers (Northlight Theatre); Everything is Illuminated (Next); Roadkill Confidential, The Whole World is Watching, As Told by the Vivian Girls and The Twins Would Like to Say (Dog & Pony). Broadway: Resident Director under Stephen Daldry on The Audience. International: Guerra: A Clown Play (La Piara, Mexico). Devon received her MFA from Middlesex University in London and did further studies at the Russian Academy of Dramatic Arts in Moscow and the Indonesian Institute for the Arts in Bali.

The Ignition New Play Program (formerly the Ignition Festival of New Plays) consists of two events for the 2021/22 season: the Ignite Chicago reading series, offering six free readings of new works between October 2021 and July 2022, and the 20/50 Festival in June 2022, featuring three new works by playwrights over 50, staged by VG Directors Inclusion Initiative Fellows. Ignite Chicago readings will take place not only at Victory Gardens’ home in Lincoln Park, the Biograph Theater, but at partner locations throughout the city, to bring new plays into Chicago’s many communities.

All readings are free to attend, but RSVPs will be required, as capacity for each reading is limited. Registration will be available at victorygardens.org approximately one month before each event.

For complete details on the 2021/2022 Season and artists, Flex Passes, and the Ignition New Play Program, please visit www.victorygardens.org

To protect the health of all who attend Victory Gardens productions, the following policies are in place for the 2021/22 Season: All audience members must be masked for the duration of their visit. Masks are available onsite if needed. All audience members ages 5+ must show proof of full COVID-19 vaccination; audience members ages 16+ must also show a valid photo ID at the door to be admitted to the theater. These policies follow state and local guidelines for safe operation during the COVID-19 pandemic, and are subject to change based on the current recommendations.

Under the leadership of Artistic Director Ken-Matt Martin and Acting Managing Director Roxanna Conner, Victory Gardens is dedicated to artistic excellence while creating a vital, contemporary American Theater that is accessible and relevant to all people through productions of challenging new plays and musicals. Victory Gardens Theater is committed to the development, production and support of new plays, which has been the mission of the theater since its founding, set forth by Dennis Začek, Marcelle McVay, and the original founders of Victory Gardens Theater, and continued by former Artistic Director Chay Yew.

Victory Gardens Theater is a leader in developing and producing new theater work and cultivating an inclusive Chicago theater community. Victory Gardens’ core strengths are nurturing and producing dynamic and inspiring new plays, reflecting the diversity of our city’s and nation’s culture through engaging diverse communities, and, in partnership with Chicago Public Schools, bringing art and culture to our city’s active student population.

Since its founding in 1974, the company has produced more world premieres than any other Chicago theater, a commitment recognized nationally when Victory Gardens received the 2001 Tony Award for Outstanding Regional Theatre. Located in the Lincoln Park neighborhood, Victory Gardens Biograph Theater includes the Začek-McVay Theater, a state-of-the-art 259-seat mainstage, and the 109-seat studio theater on the second floor, named the Richard Christiansen Theater.

Posted by Bonnie Kenaz-Mara at 12:03 PM No comments: