REVIEW: The National Ballet Theatre of Odessa's Romeo and Juliet at Harris Theater 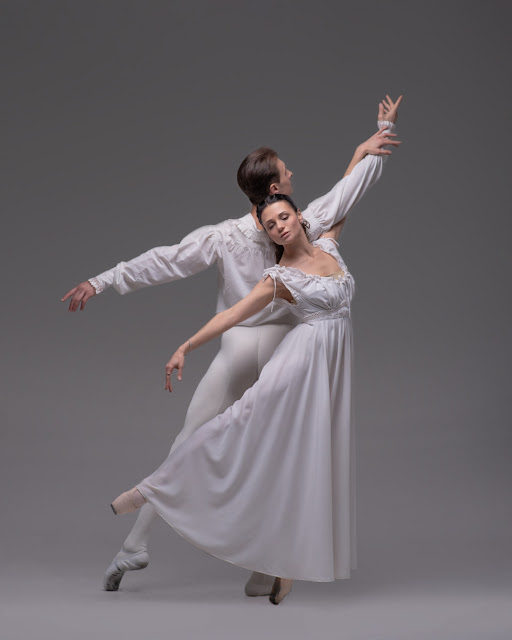 The National Ballet of Odessa, is recognized as one of the most prestigious institutions of classical ballet and boasts an extremely varied repertoire, carrying the honor and the task to preserve the precious heritage of the great Russian ballets.

‘Romeo and Juliet’ was performed at Chicago's Harris Theater this past Sunday, with 55 of Ukraine's most talented and brightest ballet stars, presenting the most passionate and romantic love story of our time. With the music of Sergei Prokofiev, composed in 1935, this ballet is based on William Shakespeare's timeless tale of tragic love. This ballet has been conquering the hearts of viewers around the world. This full-length, lavish production included costumes and sets brought from the Ukraine.

The main disappointment lies in Mikhail Lavrovsky's choreography, which is mostly monotonous. The various characters swaying and flailing their arms isn't enticing. The contrast was stark between dancers' high emotion and threadbare moves, even if performed nicely by high-level dancers.

Olena Dobrianska, as the beautiful, princess Juliet and Sergeii Dotsenko, as the handsome, towering Romeo were visually striking. Yet, Lavrovsky's various duets for the couple lacked originality, often structurally a repetitious pattern of the two dancers starting widely apart, racing together and embracing, racing back apart, and then repeating the movement, with a few dramatic lifts. These frailties are all the more obvious given the soaring qualities of Sergei Prokofiev's great score, one of the most hypnotic in all of ballet.

There are some virtues. The sword fighting and stage combat was strategically on point with theatrical and artistic blocking. The dancers are also attractive and sharp. The cast is buoyant and energetic, though most of the secondary players are given little to do.

While Lavrovsky fails to deliver in key scenes, he deserves credit for tinkering with the ensemble dancing, injecting echoes of brisk, lively folk dance into the crowd festivities and crafting an especially eerie spectral corps of mourners.

Since 2017, the Artistic Director of The National Ballet Theatre of Odessa, Ukraine is the People’s Artist of Ukraine, Elena Baranovskaya. Production is by Garri Sevoian.

The ballet company consists of the best performers, all graduates of prestigious Ukrainian and Russian choreography schools. Many talented artists have danced with the Odessa National Opera Company in its different periods and many of them have been soloists in major international companies.

Flo Mano is a CPS elementary teacher/librarian, hairdresser, and theater/film fanatic who catches hundreds of Chicago shows annually. She volunteers at numerous film venues and theaters.


Acclaimed Ukrainian Ballet Company To Perform “Romeo & Juliet” at Harris Theater for Music and Dance, January 19, 2020 and “Swan Lake” at the North Shore Center for the Performing Arts in Skokie, January 21, 2020

“Romeo & Juliet” is a ballet performed in two acts, set to the music of composer Sergei Prokofiev, choreographed by Michael Lavrovsky, directed by Elena Baranovskaya and produced by Garri Sevoian. The fullscale production is based on the WIlliam Shakespeare’s tragedy of the two doomed young lovers. The principal dancers are Olena Dobrianska as “Juliet” and Sergii Dotsenko as “Romeo.”

Posted by Bonnie Kenaz-Mara at 6:05 PM No comments:

Last night we were thrilled to cover opening night of Chicago Shakespeare Theater's compelling modern adaptation of Othello. Earlier this week we were enamored with opening night of Gounod's opulent Romeo and Juliet at Lyric Opera. Check back with ChiIL Mama and ChiIL Live Shows for Shakespeare 400 news, reviews, and photo filled features all year long. 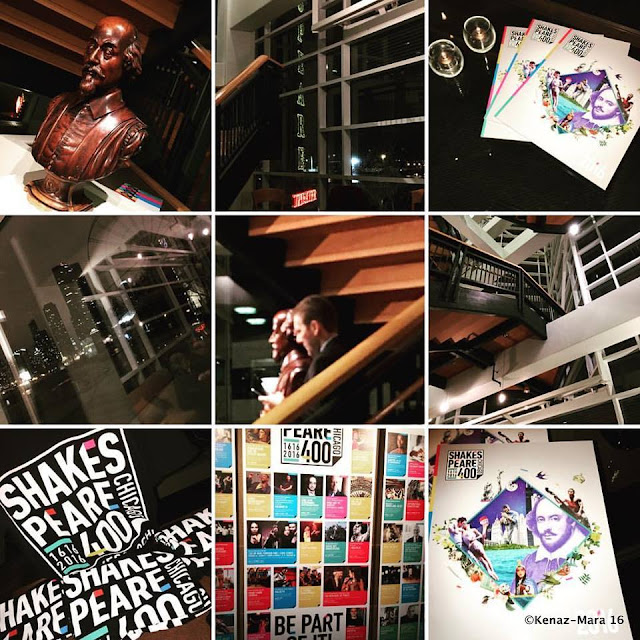 Posted by Bonnie Kenaz-Mara at 3:02 PM No comments: