ChiIL Live Shows on Our Radar 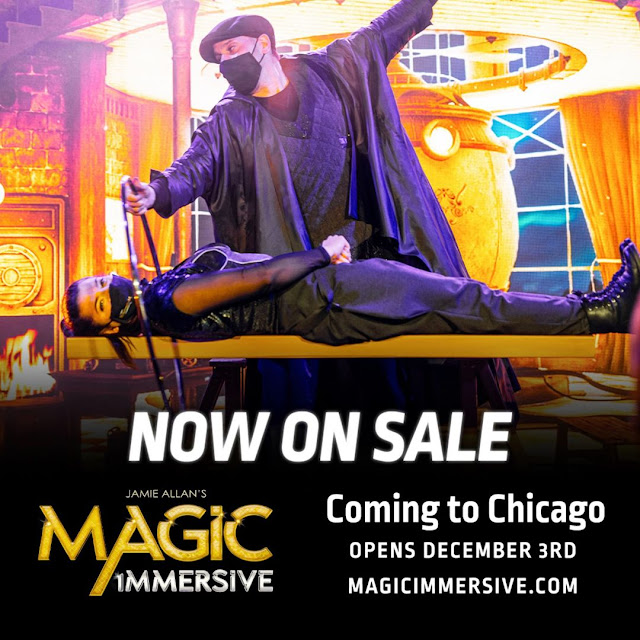 Here at ChiIL Live Shows and ChiIL Mama, we adore magic and illusion. As we enter the magic of the holiday season, we're thrilled that Chicago is about to be home to Magic Immersive, from the innovators behind the blockbuster Immersive Van Gogh exhibition seen by over 3.5 million visitors since its North American debut last year. I've seen the Immersive Van Gogh exhibit three times now and covered the show, their visually stunning morning yoga classes in the event space, and their evening concerts and wine tasting series. The Immersive Van Gogh exhibit is truly a treat and I can't wait to see what Lighthouse Immersive does with the element of magic and superstar, Jamie Allan. We're also big fans of experiential gift giving, like show tickets that create memories instead of clutter. Don't snooze on Magic Immersive, an exhilarating magic experience just in time to ignite the holiday season. Tickets are on sale now. 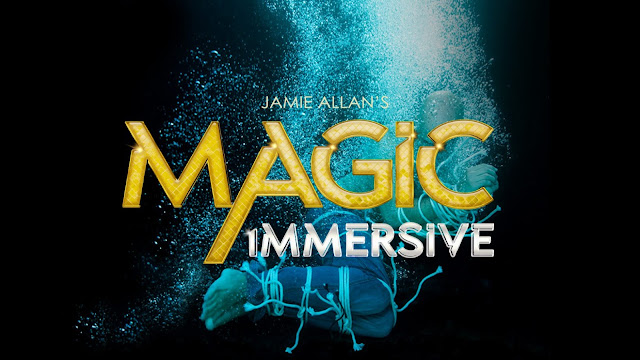 This December, Lighthouse Immersive and the famed British illusionist Jamie Allan invite audiences into a world of intrigue, mystery and wonder with Magic Immersive. Consisting of a series of rooms, stages and interactive displays, Magic Immersive transports visitors to different eras in time, revealing the evolution of magic acts throughout history and the secrets of the world’s greatest magic performers. Tickets are on-sale now at magicimmersive.com.

This first-of-its-kind installation will occupy the third and fourth floors of 360 N. State St., the venue that hosted The Art of Banksy in the fall and is also the home of Chicago’s Museum of Broadcast Communications. The official name for the exhibition space is “The Illusionarium at Magic Immersive.” Magic Immersive features dozens of acts from engaging close-up parlor magic to one of the largest touring illusions in the world: the Mega Drill, all spread across two whole floors worth of immersive performance space, engaging audiences in 360 degrees of experiential magic while revealing amazing feats from the history of stage magic along the way. The venue additionally houses a bar and the Palais Royal VIP theater, which features an exclusive parlor for close-up magic performances.

Some members of magic royalty delivered their own magic for the exhibit. One exclusive experience includes a pre-recorded illusion presented by the world-renowned comedic magic duo Penn and Teller just for Magic Immersive audiences, while a separate display from David Copperfield allows visitors to capture a selfie of themselves being levitated by him. In addition, world-renowned daredevil and escapologist Jonathan Goodwin personally designed and built his modern version of Houdini’s “Water Escape,” adding an especially thrilling moment. These experiences simply scratch the surface of what Magic Immersive offers. From death-defying escapes to sleight of hand magic to vanishings and levitations; the Illusionarium  features one of the most ambitious assemblies of magic performances ever presented.

“Magic Immersive was, in many ways, born of my own lifelong love of magic as well as from the circumstances of the pandemic,” says co-producer Corey Ross of Lighthouse Immersive. “I had intended to bring Jamie’s iMagician stage show to Toronto last December, but when it became clear that wasn’t possible, he and I began to ask ourselves what could be possible in this new world. What we have come up with is infinitely exciting, and demonstrates how amazing ideas can be born from challenge.”

“Magic Immersive is completely unique in seamlessly blending technology and practical magic – I have been combining magic and technology since I was a boy, but this takes that passion to a whole new level,” says creator Jamie Allan (iMagician). “I am so thrilled to debut this experiential work in Chicago in a venue that is quickly becoming known as an exhibition space.”

Tickets for Magic Immersive start at $45, VIP options and add-ons are also available. Tickets are on-sale now for showings from Dec. 3 to Jan. 2 at 360 N. State St. For more information on Magic Immersive, and to purchase tickets, visit  magicimmersive.com. Follow Magic Immersive on social media on Instagram, Facebook and Twitter. 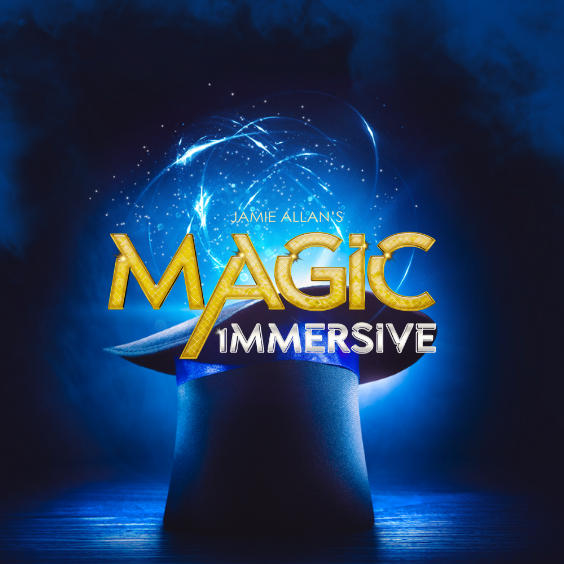 Jamie Allan is world-renowned for fusing magic with high technology. As the UK’s original technology magician, he premiered his iMagic creation on ITV’s “This Morning” in 1995 when he was just a teenager. Since then, he has been performing and designing incredible modern illusions using leading edge technology and innovative methods including working with iPads, holograms, laser beams, 3D video mapping, 4D lasers, drones and interactive social media to engage and amaze his audiences.

He also holds the accolade of being the most televised British illusionist of the last decade and has become known as the iMagician. Jamie performed his signature iPad illusion “Digital Art” to close the BBC One Show live to millions of viewers, an illusion he has repeated live on ‘Grand Cabaret Du Monde’, ‘BBC Breakfast’, ‘The Slammer’ and the ‘Penn and Teller: Fool Us’ television series. He has also been seen as a star mentor on the ITV1 prime-time show ‘Get Your Act Together’ and was a winner of ITV’s prime-time show ‘The Next Great Magician.’

Jamie’s award-winning production iMagician opened at the Garrick Theatre in London’s West End in 2015. In 2017, he was chosen by his peers to headline the world’s largest magic convention in front of 3,500 magicians. In the same year, he was bestowed the highest honour of The Magic Circle; invited by the President, he became one of the very few members of The Inner Magic Circle. Jamie joined the ranks of Harry Houdini, David Copperfield and Derren Brown in this exclusive, internationally acclaimed and historic society. iMagician debuted in the United States in 2018 becoming the highest selling magic show ever in the history of Chicago theatre district during his residency at the Harris Theatre.

Founded in 2019 by Toronto-based producers, Corey Ross and Svetlana Dvoretsky, Lighthouse Immersive is the first experiential entertainment multi-plex, aiming to cultivate community and creativity through large-scale events and exhibitions of all art forms. With locations across North America, Lighthouse Immersive offers versatile spaces for creators to present their work while engaging audiences around the globe in unique art experiences that encourage dialogue and inspire new artistic creations. The home of the Immersive Van Gogh Exhibit, Lighthouse Immersive blends state-of-the-art technology with breathtaking imagery and animation for experiential experiences that visitors will not soon forget.