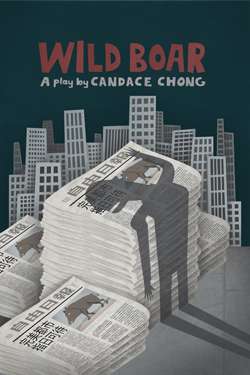 A gripping investigation of journalistic integrity, city planning, and social conscience, Wild Boar is a new play from one of Hong Kong’s most acclaimed playwrights. When a controversial professor goes missing, an editor and his student band together to publicize the truth. Old flames spark and friendships are tested in the U.S. premiere of this turbulent thriller about media manipulation, fake news, and who gets to speak for the poor.

“We love Wild Boar not only because it’s smart, sexy, and topical, but because, in a rare combination, it exudes both confidence and self-doubt simultaneously. It builds and unpacks all at once, seemingly unable to differentiate right from wrong without flip-flopping, which is part of the play’s inherent strength. At a time when journalism, governance, nation-states, and citizenship all feel in flux, Wild Boar probes those feelings with an air of mystery, flirtatiousness, and whodunit intrigue. “  - Chief Programming Officer and Mission Trustee, Jamil Khoury

“As a fable, Wild Boar is a cautionary tale. It sounds an alarm. Today, this call has crossed the oceans, traversing 12,518 kilometers to Chicago. I believe the power of art will shorten the physical distance between us. Watching the fire from the other shore, will you feel the pain less acutely? I hope not. If this fable hasn’t provided a proper warning for my own city, let its ending be a mirror for audiences elsewhere.” - Playwright of Wild Boar, Candace Chong

“In giving this play its American premiere, Silk Road Rising builds a road connecting Candace’s community with our own. In our current national moment, Wild Boar has also become an American story.”- Adapter of Wild Boar, David Henry Hwang

“We make choices to pursue life, liberty, and happiness. Some of those choices touch on self-censorship or the censorship of others. Wild Boar’s challenge is this: we must not forget to examine and reflect on those choices. We may be giving up a deeply held long-term gain for a short-term smaller good. And in the case of an ideal, once it’s given up, it takes a fight to get it back.” - Director of Wild Boar, Helen Young

Candace Chong (Playwright) is a recipient of the Best Artist Award (Drama) by the Hong Kong Arts Development Council, and the winner of four Hong Kong Drama Awards (Best Script) for Alive in the Mortuary (2003), Shall We Go to Mars (2004), The French Kiss (2006) and Murder in San Jose (2009). Her plays have been translated and presented in Seoul, Tokyo, Macao, Singapore, and Shanghai, and her first commission as librettist, for the opera Dr. Sun Yat-sen, was selected as part of New York City Opera’s VOX: Contemporary American Opera Lab in May and will receive its world premiere this fall in Beijing and Hong Kong. Ms. Chong is a prolific translator of stage work, and her translations include Titus Andronicus, Betrayal and The Shape of Things, among many others. Her play, Wild Boar, premiered at the 2012 Hong Kong Arts Festival. 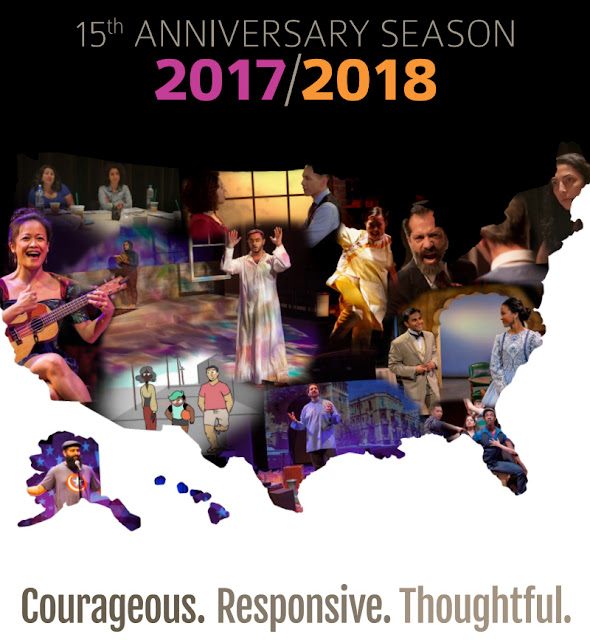 Posted by Bonnie Kenaz-Mara at 3:21 PM No comments: