EXTENDED: GOOD FOR OTTO AT THE GIFT THEATRE Now Playing Through February 7 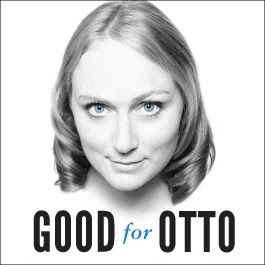 To accommodate demand for tickets, The Gift Theatre has added performances and extended the run of its critically acclaimed new play for the second time, Good for Otto, written by Tony Award-winning playwright David Rabe and directed by Gift artistic director Michael Patrick Thornton. After announcing their extension, the show was scheduled to close December 20, Good for Otto, will continue performances January 14 - February 7, 2016. Performances are Thursday-Saturday at 7:30 p.m.; Saturday and Sunday at 2:30 p.m. Please consult The Gift’s website at thegifttheatre.org or call the box office at 773-283-7071 for the most current schedule and ticket availability.

“I am deeply moved that this epic masterwork by American master playwright David Rabe has found its home and voice at The Gift Theatre in Chicago,” said Thornton. “We look forward to as many people as possible experiencing David's beautiful and mesmerizing opus, Good For Otto. In Good For Otto, one character's motto is ‘Fortune favors the brave’; David's writing, the ensemble's acting and the world created by our designers is bravery defined.”

Haunted by his own childhood, a psychologist tries to minister to the distressed souls who find their way to the doors of the health center he runs in a cluster of Connecticut hamlets and villages. Absurd at times, sadly comic and touching in the twists and turns of their simple humanity, men and women, young and old, rich and poor bring their pain in from the bucolic setting of trees, white churches, streams and mountains ranges for Dr. Michaels and his collogues with hopes of relief in the world premiere of this whimsical, yet tornadic, ensemble piece.

The cast will remain the same with the exception of Millicent Hurley Spencer taking on the role of Mrs. Garland, originally played by Donna Mcgough. 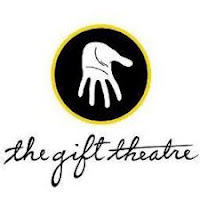 The Gift Theatre is conveniently located at 4802 N. Milwaukee in Chicago’s Jefferson Park neighborhood, and is easily accessible by the CTA Blue Line, the Lawrence and Milwaukee Avenue buses and the Kennedy Expressway. For more information about The Gift Theatre’s productions and programs, visit www.thegifttheatre.org.

Posted by Bonnie Kenaz-Mara at 9:35 PM No comments: