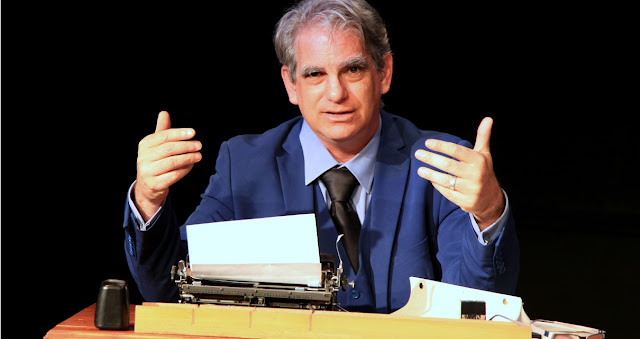 "Dylan Brody is funny in ways that don't remind me of anyone...
the voice is unique and unpredictable... funny and fascinating. I howled.”
-  David Sedaris

Here at ChiIL Live Shows we know Chicago's second to none when it comes to performing arts. Even touring acts often pick our city as ground zero to kick off national and international tours. Acclaimed comedian, Dylan Brody, is no exception. His latest show opens right here in Chi, IL tonight and we'll be out to review tomorrow. Chicago's Apollo Theater is an excellent Lincoln Park venue, with an intimate basement space, perfect for a standout solo show. Come grab a drink at the bar (my personal fav is New Orleans' infamous Abita Turbodog beer) and check out the musings of one of America's top humorists. 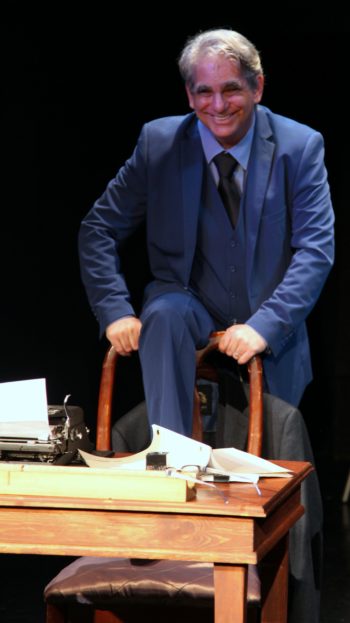 Driving into Hollywood to meet a big time player that could change the course of his career, Dylan Brody flashes back to his boyhood in Schuylerville New York recalling how he showed off his precociousness by carrying around Dostoevsky's Crime and Punishment with a bunch of Marvel comics tucked inside. Continually raising his hand to challenge his teachers' assertions, he was a regular at the principal's office where his father, a professor at Skidmore College, was also called in ostensibly to reprimand his son but instead generously offered to “hear both sides of the story”. With his signature wit and playfulness he goes on to describe early misunderstandings working in the entertainment industry and his adult life as a comic and writer in Los Angeles. In a town where success and fame is constantly almost happening, Brody's uplifting and hilarious stories combine passion and heartbreak with unique humor to leave us with a spark of hope at the intersection of art and commerce.

Actor/comedian and award winning writer Dylan Brody is one of America's leading humorists. He's shared the stage with some of the comedy world's biggest stars including Adam Sandler, Richard Belzer and Jerry Seinfeld. His TV credits include A&E's Comedy on the Road, FOX TV'sComedy Express and Showtime's The Green Room with Paul Provenza. Brody opened three years running for fellow humorist David Sedaris who's said of his work, “Funny and fascinating...Unique and unpredictable”. He has been called “a funny storyteller in the tradition of Mark Twain” by legendary editor Paul Krassner and his writing has been referred to as “brilliant” by Robin Williams. With six comedy albums and four published books Brody's repertoire continues to expand along with his popularity as a live performer. 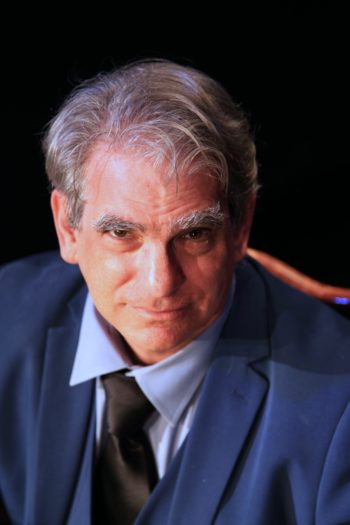 Nancy Carlin has directed and performed extensively in theaters that include American Conservatory Theater, Berkeley Rep, Aurora Theater and San Francisco Playhouse, among others. She's co-author of the new musical Max Understood, which was developed at O'Neill National Music Theater Conference and premiered at San Francisco's Cowell Theater last spring. A member of SDC, AEA, SAG-AFTRA and the Dramatists Guild, she's a theater arts lecturer at UC Santa Cruz and San Jose State.

Laura Lundy is the founder and executive producer of Blue Panther Productions. Blue Panther's productions include award-winning comedienne Alicia Dattner's The Oy of Sex in New York, celebrated Toronto dancer/performance artist Sara Porter's Sara Does A Solo in S. F. and Scott Charles' 2015 drama Dinner with Augie in the S.F. Bay Area. She co-founded and was original artistic director of San Francisco's Virago Theatre Company where she produced and directed Candide, Three Penny Opera,A Taste of Honey and many original plays.She acted in Virago's AROUSAL paired with The Lover (2014) and The Singularity (2015), both of which were performed at NYC's Flea Theater to critical acclaim. 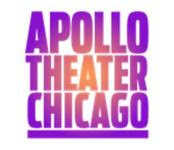 Dylan Brody's Driving Hollywood begins at the Apollo Theater (2540 N Lincoln Avenue, Chicago, IL) on Wed. May 3 and plays thruSat. May 20. All shows are Wed. thru Sat. at 8PM. Tickets are $25 and $35 for VIP front row seats plus post show meeting and photo op.

For tickets call the box office at (773) 935-6100 or purchase online at http://www.ticketmaster.com/Apollo-Theater-tickets-Chicago/venue/57346. Also go to http://www.dylanbrodysdrivinghollywood.com for tickets and information.
Posted by Bonnie Kenaz-Mara at 3:20 PM No comments: