OPENING: THIS at Windy City Playhouse 6/15 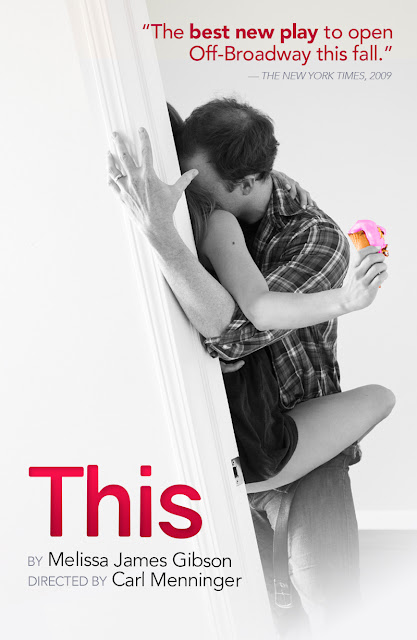 On the cusp of leaving their thirties and entering middle age, Jane and her old college pals could use some laughs. But when the reminiscing reveals secrets, and among friendships she finds adultery, Jane must come to terms with the people she thought she loved and the woman she thought she knew. In order to become whole again, Jane finds herself asking what this is all about.

Amy Rubenstein (Jane) is originally from Chicago and graduated from Brandeis University’s Department of Theater, Magna Cum Laude. Upon graduation, she worked as an actress in Chicago, Los Angeles, and regional markets, earning her Actors Equity Association membership at the Human Race Theater Company in Dayton, Ohio. Favorite credits include: The Last Night of Ballyhoo (Long Beach Playhouse); We Just Moved in (The Complex); Steel Magnolias and Noon (Center Stage Theater); Macbeth (Fox Valley Shakespeare); and A Night Near the Sun (TinFish Theatre). TV/Film credits include: Cracking Up (Fox) and Nikki (The WB). Amy is the Artistic Director at Windy City Playhouse which has produced 5 productions since its launch in March of 2015, 4 of which were Jeff-recommended. Last season, Amy appeared as Jennie in the Jessica Thebus production of Chapter Two.

Joe Zarrow’s (Alan) favorite performances in Chicago include: Officer Don McMurchie in Buddy Cop 2 (Pavement Group); Edward Brennan in Sate & Madison: The Grid in The Chicago Landmark Project (Theatre Seven of Chicago); Schoolch in Bulrusher (Congo Square); Ezra Chater in Arcadia (New Leaf); Bottom in A Midsummer Night's Dream (Sankofa); and Dad in Walk Two Moons (Adventure Stage). His play Principal Principle (Stage Left Theatre / Theatre Seven of Chicago, Jeff Nomination for Best New Work) is available from Dramatic Publishing, and in Chicago his plays have also been produced by Walkabout Theatre, LiveWire Chicago Theatre, Tympanic Theatre, Broken Nose Theatre, and Collaboraction. Joe is a proud graduate of The School at Steppenwolf. You can find out more about his work at joezarrow.com. Love to Mary and Solly.

Carl Menninger’s (Director) work in the theater spans writing, directing, and teaching. He holds a master’s degree from Emerson College and bachelor’s degree from Northwestern University. He currently serves as an Assistant Professor of Theatre and Musical Theatre at American University in Washington, D.C.; previously taught at The Berklee College of Music and Victory Gardens Theatre; and led the Deerfield High School Theater Department from 1994-2003. His directing credits include over 150 productions in Boston, Chicago, and Washington, and his original plays have been seen at American University and The Ganymede Fall Arts Festival. He is also co-author of Minding the Edge: Strategies for a Successful, Fulfilling Career as an Actor.

Click HERE For More Information and to book your tickets.
Posted by Bonnie Kenaz-Mara at 9:49 PM No comments: