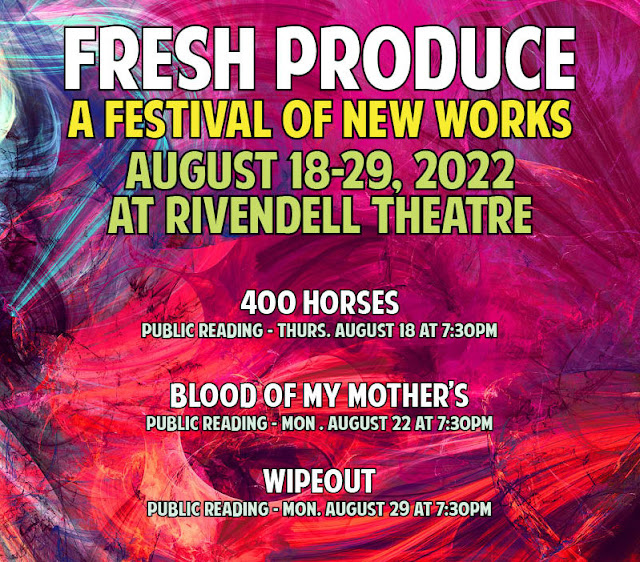 Fresh Produce Festival: A Celebration of New Plays by Women;

the World Premiere of A Mile in the Dark,

Rivendell Theatre Ensemble announces its 2022 Fall line-up including the return of the Fresh Produce Festival: A Celebration of New Plays by Women; and the World Premiere of A Mile in the Dark by Emily Schwend, directed by RTE member Georgette Verdin, in a co-production with Interrobang Theatre Project. The Blue Jean Ball also returns, celebrating 2022 WREN Award Honoree Joan Callahan at Bridge 410.

All productions will be performed at Rivendell Theatre Ensemble, 5779 N. Ridge Avenue in Chicago. Tickets and more information available by calling (773) 334-7728 or online at www.RivendellTheatre.org.

Tara quote “I am thrilled that after an eight year hiatus, August marks the reemergence of Rivendell’s new works festival, Fresh Produce: A Celebration of New Plays by Women. Originally launched in 2004, Rivendell has long cultivated the notion that thoughtfully planting new artistic seeds yields the richest harvest. Through this series we introduce the voices of three daring young playwrights as we delve into stories provocative, timely and always fresh.  In November we return to the mainstage with the world premiere of Emily Schwend’s (South of Settling, Utility) newest play in collaboration with our newest ensemble member Georgette Verdin and the wonderful artists at Interrobang Theater. I am beyond excited to finally return to full programming and hope you will join us this fall as we sow the seeds of original work by women artists once again!”

A CELEBRATION OF NEW PLAYS BY WOMEN

August 2022 marks the reemergence of Fresh Produce: A Celebration of New Plays by Women a new play development series known for risky, innovative, and compelling new work. During each series, exciting new projects with women at the core are curated and nurtured through an intensive, developmental workshop process. Each project culminates in a public reading that features the opportunity for a moderated dialogue between artists and audience.

Tickets are $10-25 per reading, or $25-50 for a package of all three readings. Tickets and Information available at rivendelltheatre.org/freshproduce.

The Fresh Produce Festival line-up is as follows:

In 2012, Rita Crundwell became the largest municipal fraud perpetrator in American History. She was found guilty of embezzling almost fifty-four million dollars over the course of twenty years from the small town of Dixon, Illinois, where she served as the city comptroller. And what she did with that fifty-three million dollars...was buy four-hundred horses.

With embezzlement and fraud in significant rise across the country, this story exemplifies how far some Americans will go in the name of greed. Or, in Rita Crundwell's case, in order to buy 400 horses.

Blood of My Mother’s

On Christmas Eve 1997, pregnant Marina fled to her older sister's Lillian’s house in the middle of the night with the biggest problem she ever faced: an unwanted pregnancy. After giving birth, Marina abandons the baby Egg in her sister's care, much to the concern of Lillian's husband, Richard. Now sixteen years later, Egg has gone missing and no one seems to care but her sister/cousin Deanna. The search for the truth turns this Filipino-American family's world upside as they are forced to face their inner demons. Because sometimes, the place you run to for safety turns out to be the most dangerous place of all.

For her seventy-seventh birthday, Gary wants one thing and one thing only: to surf a wave. There's a problem, though, beyond the extreme gymnastics required to get a wetsuit on: Gary has never stepped foot on a surfboard before. But with the help of a hotrod teenage surf instructor and the company of her two best friends, Gary goes on the ride of her life. As the three women navigate the currents of the Pacific Ocean, they confront seven decades of secrets, sacrifices, and the odd jellyfish or two. Wipeout is a septuagenarian surf comedy about love, loss, and what it really takes to hang ten.

A MILE IN THE DARK

Jess’s stepmother Carol was a cheerful woman whose unexpected passing has left Jess searching for answers. Can something in Carol’s life explain her untimely death? A Mile in the Dark is about the people we think we know but don’t and the hard truth sitting in plain sight.

Parking and Transportation: Free parking is available in the Senn High School parking lot (located a block and a half from the theatre behind the school off Thorndale Avenue). There is limited paid and free street parking in the area. The theatre is easily accessible via the Clark (#22) or Broadway (#36) bus, and is a short walk from the Bryn Mawr Red Line L station.

The evening will feature live music, food by Amazing Edibles, creative whiskey and rum cocktails, BBQ, dancing, silent auction and a raffle. All proceeds will benefit Rivendell Theatre Ensemble and its mission to advance the lives of women through theatre.

More than 200 attendees are expected to join Rivendell artists, staff, and board to raise funds in support of our work throughout the year. Last year generous sponsors, donors, and ticket buyers helped raise $50,000 for Rivendell’s work in the community. 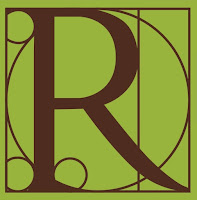 Posted by Bonnie Kenaz-Mara at 3:57 PM No comments: