HELP OUT: “Hams4Hams” Holiday Fundraiser Via Hell in a Handbag Productions 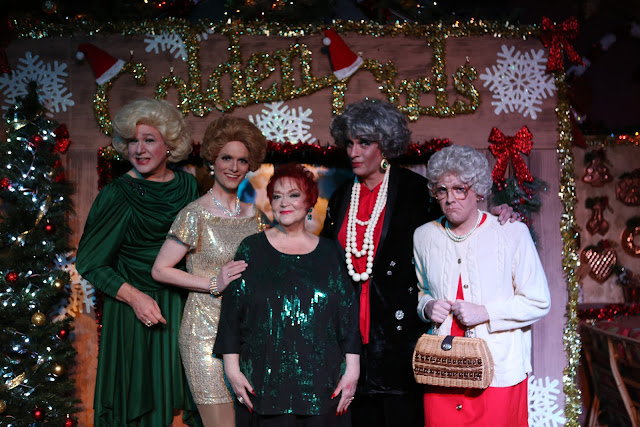 Hell in a Handbag Productions is pleased to bring back its annual Hams4Hams fundraiser during the company’s two holiday productions. Since launching the initiative in 2012, Handbag has raised over $40,000 for Groceryland, which provides food and nutritional counseling for those impacted by HIV and AIDS in Chicago’s Edgewater neighborhood and on the North Side. Groceryland was started by the longtime Chicago LGBTQ+ advocate and activist Lori Cannon, who started feeding people during the AIDS crisis in the 1980s through Open Hand/Chicago.

Comments Handbag Artistic Director David Cerda, “We want to continue to support the community that has given us so much over the years. Due to City budget cuts, Lori Cannon and Groceryland need our help more than ever. Our audience have been extremely generous over the past seven years, so we hope they’ll join us again this year to help feed our neighbors.”

Hell in a Handbag will be collecting for Groceryland during its two holiday shows: THE GOLDEN GIRLS: The Holiday Edition, Vol. 2 (November 27 - December 28, 2019) and BETTE: XMAS AT THE CONTINENTAL BATHS (December 6 – 31, 2019) at Mary’s Attic, 5400 N. Clark St. in Chicago’s Andersonville neighborhood. For tickets and information, visit handbagproductions.org. All donations collected will go directly to Groceryland.

About Hell in a Handbag Productions
Hell in a Handbag is dedicated to the preservation, exploration, and celebration of works ingrained in the realm of popular culture via theatrical productions through parody, music and homage. Handbag is a 501(c)(3) Not for Profit.
Posted by Bonnie Kenaz-Mara at 12:39 PM No comments: