To accommodate demand for tickets, The Gift Theatre has added performances and extended the run of its critically acclaimed new play, The Royal Society of Antarctica, written by Mat Smart and directed by Gift ensemble member John Gawlik. Originally scheduled to close April 26, The Royal Society of Antarctica, will now continue through Sunday, May 24, 2015. Performances are Thursday-Saturday at 7:30 p.m. and Sunday at 2:30 p.m. Please consult the Gift’s website at thegifttheatre.org or call the box office at 773-283-7071 for the most current schedule and ticket availability. 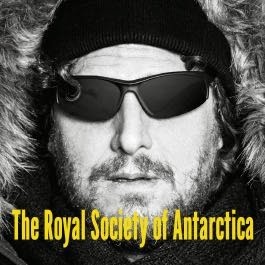 In addition to the extension, The Gift Theatre will host “Come Closer,” a special one-day event on Sunday, April 19 featuring a post-show conversation and drinks with playwright Mat Smart, director John Gawlik, the cast and crew of The Royal Society of Antarctica, and special guest Jeanne Ropollo, author of Grandma Goes to Antarctica: A Journey of Discovery who was with Mat Smart during his time at McMurdo Station in Antarctica. A Performance ticket, food and drinks inspired by the play and continent are included in the $50 ticket price.

The Royal Society of Antarctica, follows Dee (Aila Peck) as she returns to her birthplace at the blindingly bright McMurdo Station in Antarctica to work as a janitor and seek answers to her mother’s disappearance in this wonderfully weird and touching new play perfectly suited to The Gift’s intimate space.

Sheldon Patinkin, Gift ensemble member and vital figure in the development of improv in Chicago, was originally set to direct The Royal Society of Antarctica before his passing in September.

“Sheldon loved the play, but he wanted to push me further,” says Smart. “It's a three-act play, and he felt that the end of the second act needed more of a cliffhanger. I knew he was right, and that prompted me to do a big rewrite this summer.

“I went to the bottom of the world to find this play—working as a janitor for three months at McMurdo Station in Antarctica.  It’s perfect that it will premiere in my hometown at The Gift.”

“We are thrilled to give Mat's quirky and beautiful play its premiere,” says Thornton. “For more than 12 years, Sheldon taught The Gift how to be an ensemble, and it's painfully bittersweet but also kind of perfect that Mat's play—about unlikely ensembles—was the last play Sheldon ever worked on. I'm overjoyed they got a chance to collaborate. There is no artist at The Gift better suited to take over the reins than ensemble member John Gawlik. John has been a keen nurturer and director of our most blazing premieres, a staunch advocate for new voices, and together he and Mat will bring our audience on an unforgettable journey.”

About The Gift Theatre
The Gift Theatre is dedicated to telling great stories on stage with honesty and simplicity. Most recent productions include: Bethany, Othello, Thinner Than Water, TEN 2014; Broadsword, Mine, and Vigils. The company also sponsors the giftED Ensemble, a rigorous two-year afterschool course for creative and motivated high school students on Chicago’s Northwest side, and the literary program/Salon Series giftLIT.

The Gift Theatre is conveniently located at 4802 N. Milwaukee in Chicago’s Jefferson Park neighborhood, and is easily accessible by the CTA Blue Line, the Lawrence and Milwaukee Avenue buses and the Kennedy Expressway. For more information about The Gift Theatre’s productions and programs, visit www.thegifttheatre.org.
Posted by Bonnie Kenaz-Mara at 12:17 PM No comments: