ACT OUT OPENING: Stones in His Pockets at Northlight Theatre 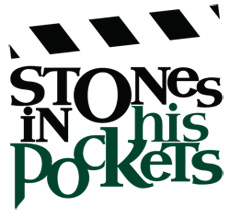 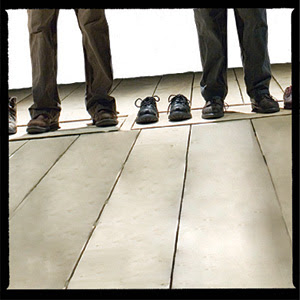 Northlight Theatre, under the direction of Artistic Director BJ Jones and Executive Director Timothy J. Evans, continues its 2012-2013 season with Marie Jones’s Stones in His Pockets, directed by J.R. Sullivan, featuring Brian Vaughn and David Ivers.  The production will run at Northlight Theatre, 9501 Skokie Blvd in Skokie, through April 14, 2013.

*Stones in His Pockets received three Tony nominations for its 2001 production.

ChiIL Live Shows will be there tonight and we'll have a full review up shortly.

A couple of small town Irishmen hope to hit it big when hired as extras for an epic American movie filming in their scenic County Kerry village. Two actors portray a colorful cast of dozens in this rollicking tale that pits harsh reality against Hollywood endings.   Stones in His Pockets is presented in association with the Utah Shakespeare Festival.

BJ Jones comments, “One of the greatest pleasures in my job is the opportunity to bring old friends and colleagues to Chicago.  Northlight veteran director J.R. Sullivan, with whom I worked first in 1976, returns to direct Stones in His Pockets with Brian Vaughn and David Ivers—two versatile actors who will play 15 roles in a play that is both hilarious and heartbreaking.  David and Brian are the Artistic Directors of the Utah Shakespeare Festival and J.R. is the Artistic Director of the Pearl Theatre in New York.  With all this artistic firepower on display I am sure you will be as delighted as I am to welcome them to Northlight.”

Northlight is continuing its popular special event series in conjunction with each production.  All events are free for subscribers and ticket holders.      Community Conversations is a series of post-show discussions.  Local experts join a Northlight facilitator, engaging audiences in a dialogue about the play's themes and the creative process behind live theatre! The post-show discussions for Stones in His Pockets will be held on Sundays, March 10 and March 24 after the 2:30 performances; Tuesday, March 12 after the 7:30 performance; Wednesday, March 13, after the 7:30 performance; and Wednesdays March 20 and March 27 after the 1:00pm performances.

J.R. Sullivan (Director) previously directed Northlight’s Benefactors and The Last Survivor. He has been the artistic director of The Pearl Theatre Company in New York City since 2009, directing six shows for the company’s three-season residency at New York City Center, including Moon for the Misbegotten, Richard II, Wittenberg, and Hard Times. For seven seasons, Sullivan served as associate artistic director of the Utah Shakespeare Festival, directing productions there of Henry V, Hamlet, King Lear, Gaslight, ‘Art,’ and Stones in His Pockets among others. J.R. Sullivan’s work has also been seen at the Oregon Shakespeare Festival, Milwaukee Repertory Theatre, American Players, The Arden in Philadelphia, The Studio Theatre in Washington DC, and Delaware Theatre Company, among many others. His 1995 production of Faith Healer was a great success for the Turnaround Theatre Company located at Halsted and Belmont, garnering critical acclaim and later continuing in an extended run at Steppenwolf.

Marie Jones (Playwright) has written shows that have been produced around the world. Her play Stones in His Pockets was produced on Broadway in 2001.  She founded the Charabanc Theater Company in 1983 and later co-founded DubbleJoint in 1990.  Other Credits: A Night in November;Convictions; Don't Look Down; Eddie Bottom's Dream; Gold in the Streets; Hang All the Harpers; Hiring Days; It's a Waste of Time Tracey; Now You're Talkin'; Oul Delf and False Teeth; Ruby; Somewhere over the Balcony; The Blind Fiddler of Glenadauch; The Cow, the Ship and the Indian;The Girls in the Big Picture; The Hamster Wheel; The Terrible Twins' Crazy Christmas; Under Napoleon's Nose; Weddin's Wee'ins and Wakes;Women on the Verge of HRT; Yours, Truly; book for the musical The Chosen Room.  Awards: TMA Award, Glasgow Mayfest Award, Irish Times/ESB Award, three Tony Award nominations for Stones in His Pockets, John Hewitt Award, Special Judges Award, Belfast Arts Award in 2000, the Order of the British Empire in 2002 .

David Ivers is currently the co-Artistic Director for Utah Shakespeare Festival; as an actor for the Festival, he has been in thirty productions, sixteen seasons, including Benedick, Much Ado about Nothing, Clown #1, The 39 Steps, Jacques, As You Like It, Jake, Stones in His Pockets, Berowne, Love's Labour's Lost, Truffaldino, The Servant of Two Masters, Caliban, The Tempest; directed Cyrano de Bergerac, 2008, The Complete Works of William Shakespeare (abridged), 2009, Romeo and Juliet, 2011.  David is also a resident company member at Denver Center Theatre Company (actor and director, 1999–2010); roles include John Wheelwright, A Prayer for Owen Meany, Garry, Noises Off!, Michal, The Pillowman; the Oregon, Alabama, Idaho Shakespeare festivals; Portland Center Stage; Portland Repertory Theatre; ACT; Seattle Repertory Theatre.

Northlight Theatre aspires to promote change of perspective and encourage compassion by exploring the depth of our humanity across a bold spectrum of theatrical experiences, reflecting our community to the world and the world to our community.   Now in its 38th season, the organization has mounted nearly 200 productions, including over 40 world premieres.  Northlight has earned 151 Joseph Jefferson Award nominations and 28 Awards.  As one of the area’s premier theatre companies, Northlight is a regional magnet for critical and professional acclaim, as well as talent of the highest quality.   Northlight’s production of Stones in His Pockes is sponsored in part by Cramer-Krasselt.

Notes of Interest:    Brian Vaughn and David Ivers are co-Artistic Directors of Utah Shakespeare Festival.   J.R. Sullivan (Director) returns to Northlight where he directed Benefactors and The Last Survivor.  Chicagoans may also remember his 1995 Chicago production of Faith Healer, produced at Turnaround Theatre Company, and then an extended run at Steppenwolf.  He has been the artistic director of The Pearl Theatre Company in New York City since 2009.
Posted by Bonnie Kenaz-Mara at 12:12 PM No comments: