Lookingglass Theatre Company Presents
the U.S. Premiere of
Beyond Caring,
written and directed by Alexander Zeldin
in association with Dark Harbor Stories

and the return of Lookingglass’ critically-acclaimed production of
Moby Dick,
adapted from the novel by Herman Melville and directed by Ensemble Member David Catlin,
in association with The Actors Gymnasium

Lookingglass Theatre Company announces casting for the final two shows of its 2016-2017 season, including the U.S. Premiere of Beyond Caring, written and directed by Alexander Zeldin in association with Dark Harbor Stories, a company led by Ensemble Member David Schwimmer and Tom Hodges, as well as the remount of the Jeff Award-winning Moby Dick, adapted from the novel by Herman Melville and directed by Ensemble Member David Catlin. Single tickets for Beyond Caring and Moby Dick are currently on sale and may be purchased through the box office at (312) 337-0665 or lookingglasstheatre.org. 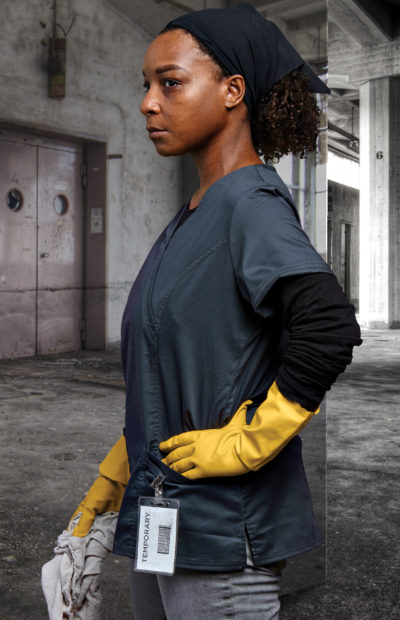 About Beyond Caring and Moby Dick:

At the margins of society, on the knife-edge of survival, they work for low wages, in harsh conditions. No safety net. No insurance or protections. No guarantee of work tomorrow.

This critically-acclaimed piece, most recently produced at the UK’s National Theatre and re-imagined for Chicago by writer/director Alexander Zeldin, is a gritty portrait of those who cling precariously to the bottom rung of the ladder. Full of life, humor, and tenderness, it sheds light on America’s shadow economy and shines an unflinching spotlight on the incendiary intersection of race and class.

Beyond Caring will be produced in association with Dark Harbor Stories. Dark Harbor Stories is a company led by David Schwimmer and Tom Hodges dedicated to producing original stories with a social conscience in theatre, television and film. Lookingglass Ensemble Member David Schwimmer brought this project to Lookingglass, and is working closely with writer/director Alexander Zeldin on the production, and collaborating with Lookingglass to develop the necessary attention and funds for this exciting project.

ALEXANDER ZELDIN (Writer/Director) is a writer and director for theatre. He trained on the Jerwood Young Directors course at The Old Vic and has taken part in residencies at the Egyptian Centre for Culture and Art and at Studio Emad Eddin in Cairo. His critically-acclaimed play, Beyond Caring, which examined the effects of zero hours contracts had its World Premiere at The Yard Theatre in Hackney in 2014, before transferring to the Temporary Theatre at the National Theatre in London in 2015. In 2015, Alex was the recipient of The Quercus Trust Award and was appointed as Associate Director at The Birmingham Repertory Theatre. Beyond Caring toured the UK in 2016 and his new play LOVE just opened at the National Theatre in London.

WENDY MATEO (Susan) returns to the Lookingglass after last appearing as “Mother-in-Law” in Blood Wedding (2016) and “Maria” in Big Lake Big City (2013). Other Chicago credits include Tumbao: The Misadventures of la Familia Pilón at Steppenwolf Theatre Company’s 1700 Theatre and Don Chipotle produced by The Playground Theater. Wendy can also be seen on the many comedy stages around Chicago and at Mas Mejor online with the comedy duo, Dominizuelan. TV credits include: Shameless (Showtime), Chicago P.D. (NBC), and The Exorcist (FOX). 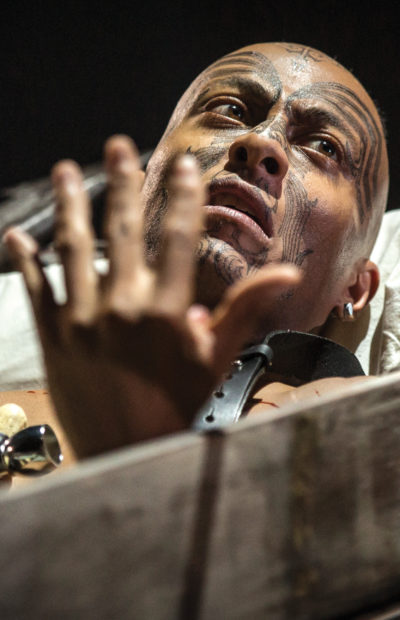 From the book by Herman Melville

In Association with The Actors Gymnasium

Winner of four Jeff Awards, including Best Production, fresh off a national tour to the Alliance Theatre, Arena Stage and South Coast Repertory, the critically-acclaimed Moby Dick returns to the Lookingglass stage in this harrowing and intoxicating exploration of revenge, obsession, and destiny.

Climb aboard the Pequod with Ishmael, Starbuck, and the intrepid crew on a voyage into the darkest reaches of the human psyche with an insatiably driven Captain Ahab at the helm in reckless pursuit of the legendary white whale.

KELLEY ABELL (Fate/Innkeeper) returns to Lookingglass after previous appearances in Peter Pan (A Play) and Moby Dick. Other credits include: Moby Dick (Arena Stage, South Coast Repertory Theatre, and Alliance Theatre); 42nd Street and Fiddler on the Roof (Paramount Theatre); Mr. Burns: A Post Electric Play (Theater Wit); Dorian (The House Theatre of Chicago); Bat Boy: The Musical and Titanic (Griffin Theatre). She has also worked with Goodman Theatre, The Marriott Theatre, and Chicago Children’s Theatre, and is a graduate of Northwestern University.

CORDELIA DEWDNEY (Fate) returns to Lookingglass with Moby Dick after the National Tour this past year to Alliance Theatre, Arena Stage, and South Coast Repertory). Last summer she appeared on Chicago Med. Cordelia is a graduate of Northwestern University with degrees in Theatre and English and a proud alum of the British American Dramatic Academy.

KASEY FOSTER (Fate/Artistic Associate) has been performing, producing, and directing in Chicago since 2004. She recently returned to Chicago after performing in the National Tour of Moby Dick and was newly named an Artistic Associate with Lookingglass. Kasey has appeared regionally at Arena Stage (Washington, D.C.), Alliance Theatre (Atlanta), Berkeley Repertory Theatre (CA), and most recently in Chicago with Lookingglass' Treasure Island, and Manual Cinema's Mementos Mori. She sings with Chicago bands: Grood, Babe-alon 5, Old Timey, and This Must be the Band. She has directed/choreographed over thirty original works, and produces an annual series called Dance Tribute.