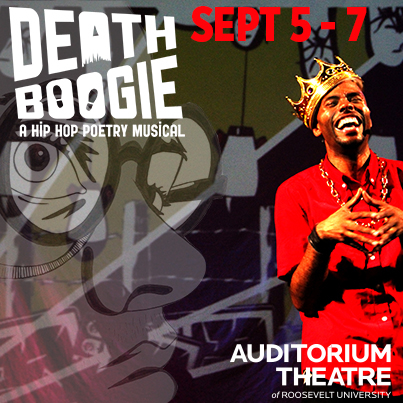 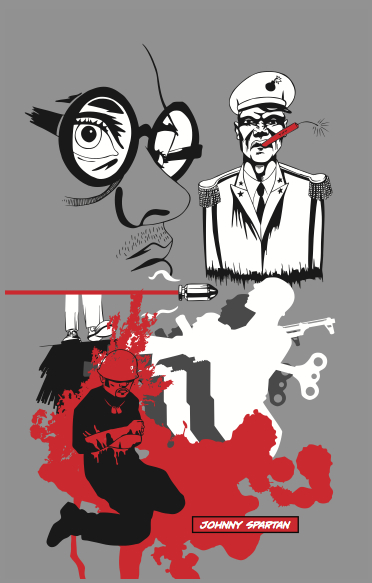 With the addition of ‘Death Boogie’ to the Auditorium’s 2013 – 14 Season, we continue the Auditorium’s mission to offer pioneering, diverse entertainment never before seen in Chicago,” said Executive Director of the Auditorium Theatre Brett Batterson. “The Katten/Landau space provides the perfect setting for this intimate, powerful demonstration of inventive musical theatre that speaks to audiences through multiple media platforms.” 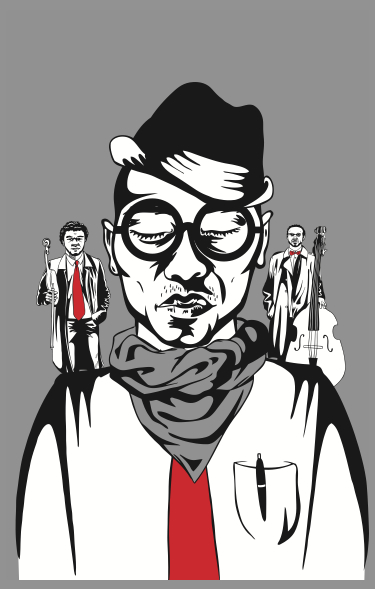 Both a concept album and a theatrical production, “Death Boogie” follows the fictional story of Victor Spartan, a blue collar worker turned revolutionist. Spartan may lead a comatose lifestyle by day but at night, he hears the poetic sounds of revolution. A political romp that uses a combination of music (violin, bass and beat-boxing) and comic book illustrations to convey the deeply rooted call to action, Dauchan embodies Spartan along with various characters including a Greek Titan, a soldier, a prisoner of war and a child to examine the notion of martyrdom, altruism, and courage in this high energy whimsical narrative. 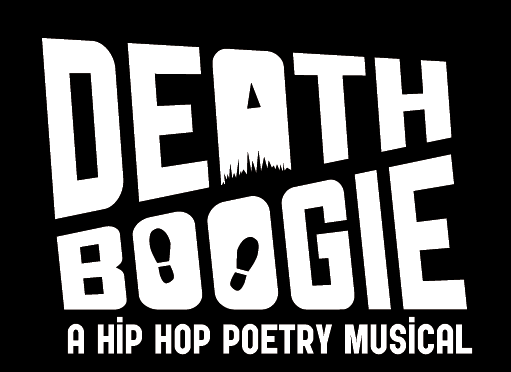 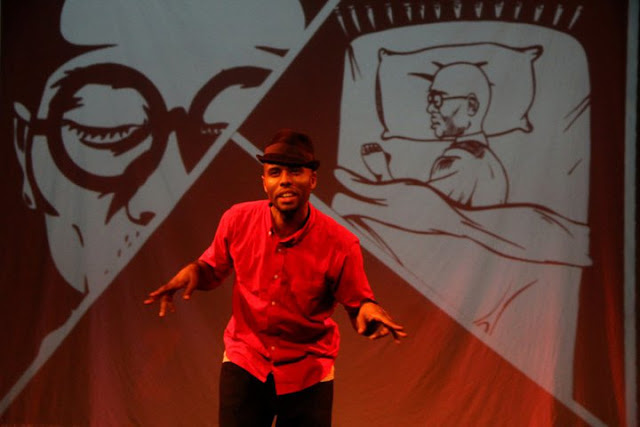 About Director Jennifer McGrath
Director Jennifer McGrath has always lived and worked by the strong belief in the power of the arts to educate, inspire and rehabilitate. She has been dedicated to encouraging other to find their artistic voices and works in various fields of entertainment as a choreographer, stage manager, teacher and event planner. McGrath has also collaborated with Dauchan on the critically acclaimed “Obamatry: A Spoken Word Remix on the 44th President of the United States of America.” Other directorial credits include “Citizen Girl,” “The Burning Cities Project” (Fringe Festival, NY) and an arts education outreach tour of the South African play “Woza Albert!” 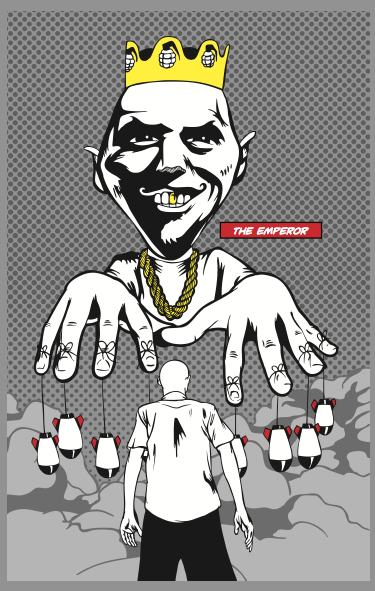 Death Boogie” at the Auditorium Theatre: 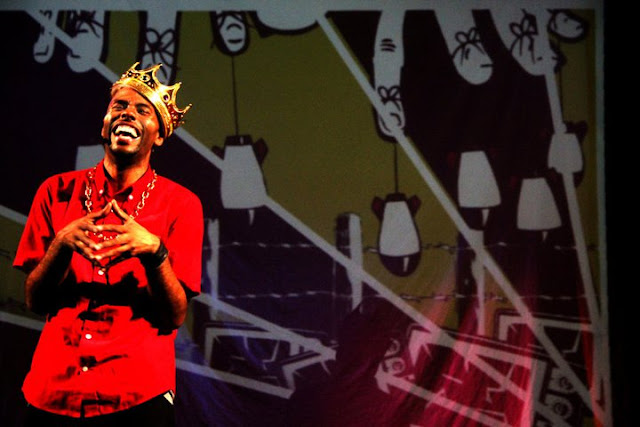 About the Auditorium Theatre of Roosevelt University

The Auditorium Theatre of Roosevelt University, located at 50 E Congress Pkwy, is an Illinois, not-for-profit organization committed to presenting the finest in international, cultural, community and educational programming to Chicago, and to the continued restoration and preservation of the National Historic Landmark Auditorium Theatre. The Auditorium Theatre is generously supported by the Illinois Arts Council and the Palmer House Hilton.  For more information about programming, volunteer and donor opportunities or theater tours, call (312) 341-2310 or visit AuditoriumTheatre.org.
Posted by Bonnie Kenaz-Mara at 7:05 PM No comments: