Diverse lineup of eight classical and contemporary works in repertory,
Including the return of Chicago director William Brown

Additional outdoor productions for 2017 include: William Shakespeare’s A Midsummer Night’s Dream and Pericles, Prince of Tyre, Georges Feydeau’s A Flea in her Ear and Edmond Rostand’s Cyrano de Bergerac. Playing in APT’s intimate 200-seat Touchstone Theatre are Jean Genet’s The Maids, Yasmina Reza’s The Unexpected Man and Arthur Miller’s A View from the Bridge. The Creditors by August Strindberg will run in the Touchstone Theatre from November 2-19 after the regular season closes.

Located on 110 acres of hilly woods and meadows above the Wisconsin River in Spring Green, Wisconsin, American Players Theatre was founded in 1979 and continues to be one of the most popular outdoor classical theaters in the nation.

APT’s first season on its newly rebuilt stage will be christened by the same play that kicked off its first season in 1980. Wedding plans between Theseus, Duke of Athens, and Hippolyta, Queen of the Amazons are underway when the couple is interrupted by angry parents trying to stop their headstrong daughter, Hermia, from marrying Lysander instead of their choice, Demetrius. A plan that backfires as the couple flees into the mystical Forest of Arden followed by Demetrius and Helena, (who is, in turn, love with Demetrius). There, Oberon and Titania – king and queen of the fairies – are having a quarrel of their own. And when Oberon enlists his servant Puck to cast a spell on his queen, everyone gets caught up in the magic of this iconic Shakespearean fairy tale.
Featuring Colleen Madden as Titania, Gavin Lawrence as Oberon and Cristina Panfilio as Puck.

The lovely Raymonde Chandebise wonders why her husband has stopped visiting her bedroom, and assumes he must be having an affair. So she asks her friend Lucienne to write him a love letter meant to lure him to a rendezvous where she can catch him in the act of being unfaithful. But when Raymonde’s (very faithful) husband Victor Emmanuel receives the letter, he assumes it’s for his bachelor friend Tournel and gives it to him instead, setting in motion a hilarious series of events that bounces from the Chandebise home to a hotel of ill repute, where anything (and apparently everyone) goes. Featuring David Daniel as Victor Emmanuel and Marcus Truschinski as Tournel.

Cyrano de Bergerac is a fearless soldier. A loyal braggadocio. And a man furiously self-conscious about his very protuberant nose. He’s also a man in love with a woman (Roxane) who’s in love with someone else (Christian), and promised in marriage to yet another (De Guiche). When Christian is assigned to Cyrano’s platoon, Roxane begs him to protect her love, which Cyrano reluctantly agrees to do. And when Christian in turn begs Cyrano to help him woo Roxane, a plot unfurls that begs the question: does love truly lie in the eyes or in the soul? A funny, action-packed romance with a heart full of poetry. Featuring James Ridge as Cyrano.

Anton Chekhov (The Seagull, staged by APT in 2014) returns with another soul-searing masterpiece about hope, regret and the complexities of love. Three sisters – Olga, an unwed schoolteacher; Masha, a pianist in an unhappy marriage and Irina, an idealist with plans for a vibrant future – live together with their brother Andrei. In the past, the family lived well-to-do in Moscow, but moved to a provincial town with their father, who had been a military general before his death a year prior. The girls dream of moving back to the city, and more aristocratic lives. Surrounded by soldiers from a nearby artillery post with whom the family has grown close, they watch their lives play out in ways they’d never imagined. A hearty, cathartic story about the moments we allow to pass, and how they shape the future. Featuring Kelsey Brennan as Masha.

Pericles, Prince of Tyre – August 11 to September 29, 2017 (On the Hill)
By William Shakespeare │Directed by Eric Tucker
Opening night: August 19 at 8 p.m.

The most epic of Shakespeare’s late romances, Pericles, Prince of Tyre sails from island to island in a search for love and a place to call home. The first stop is Antioch, where Pericles has traveled to attempt to win the hand of Antiochus’ daughter. But once there, the young prince discovers a secret that could cost him his life. As Pericles flees before he can be murdered, he’s shipwrecked in a storm and recovered by fishermen in Pentopolis, where he catches the eye of Princess Thaisa. Together they create a story that spans oceans, decades and the expanse of the human heart.

Yasmina Reza, author of the international hit Art, brings her unique style of existential comedy to the Touchstone Theatre. Two strangers on a train – an author and a devoted fan – have a secret power struggle as they silently size each other up while reflecting on the decisions and events that led them to their shared train car. A story told through a series of fascinating and funny internal monologues, as two brilliant, lonely people search for a moment of connection. Featuring Sarah Day and Brian Mani.

Claire and Solange are sisters and servants. Trapped in a life they didn’t ask for and can’t leave, they pass the time by impersonating their Madame, with Claire dressing up in her fine clothes and makeup and relishing her role as the cruel, bullying mistress; using her character to spar with Solange. As the sisters dig deeper into their make-believe, their games become more sinister as they struggle against and within their identities and class roles. A provocative, absurdist fantasy about sex and pain; power and playacting. Featuring Melisa Pereyra as Claire.

In Eddie and Beatrice’s humble and hardworking Brooklyn neighborhood, family ties are a fierce point of pride. Case in point, Bea’s orphaned niece, Catherine has lived with them since she was a child and is now ready to make her way in the world, though Eddie seems reluctant to let her grow up. When the couple agrees to take in two of Bea’s cousins, Marco and Rodolpho, who have traveled from Italy to find work illegally, Catherine and Rodolpho start spending more time together, fanning Eddie’s hot temper and driving the family to an emotional boiling point. A Greek Tragedy set in in 1950s Brooklyn. Featuring Jim DeVita. 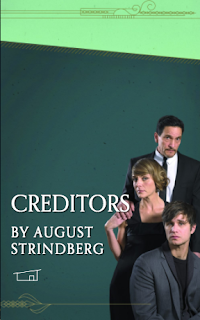 Adolph has made a new friend; a mentor of sorts who seeks to guide him both on his artistic ventures and in matters of his marriage to the charming, vivacious Tekla, who is older than Adolph. It quickly becomes apparent that this new friend – Gustav – may have some ulterior motives, as Adolph and Tekla’s relationship becomes more and more fraught due to Gustav’s influence and Adolph’s own insecurities. A dark and chilling psychological experiment played out on the Touchstone stage. Featuring Tracy Michelle Arnold and Jim DeVita.

APT is a professional repertory theater devoted to the great and future classics. It was founded in 1979 and continues to be one of the most popular outdoor classical theaters in the nation.

The Theatre is located in Spring Green, Wis., on 110 acres of hilly woods and meadows above the Wisconsin River. The outdoor amphitheater is built within a natural hollow atop an oak-wooded hill. Under the dome of sky, almost 1,100 comfortably cushioned seats encircle three sides of the stage. In 2009, APT opened the 200-seat indoor Touchstone Theatre, offering a different type of play and experience.
Posted by Bonnie Kenaz-Mara at 1:01 PM No comments: