Act Out: Chi, IL Live Theatre On Our Radar--Woody Sez at Northlight Theatre 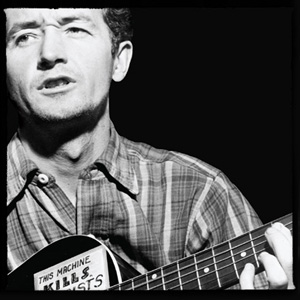 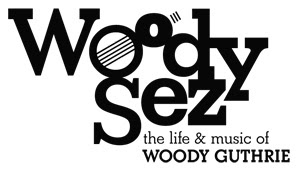 Northlight Theatre celebrates the
100th Anniversary of Woody Guthrie’s birth with
Woody Sez – The Life and Music of Woody Guthrie,
a musical portrait of one of America’s great folk musicians

The legendary Woody Guthrie defined an American era of social consciousness and political expression with songs like “This Land is Your Land” and “The Ballad of Tom Joad.”  This musical portrait, featuring more than 30 of Woody’s stirring ballads and joyous anthems, celebrates the colorful life and rich musical legacy of America’s great folk troubadour.

Northlight is proud to honor this American legend during his Centennial year.

Artistic Director BJ Jones comments, “In 1991, our audience enjoyed Woody Guthrie's American Song which won the Jeff Award for best musical.  Now to celebrate his 100th birthday, we bring this fresh take on Woody Guthrie to the Northlight stage.  Created by and starring world class artist David Lutken and directed by Broadway's Nick Corley, Woody Sez is a celebration of the musicality and social conscience of one of America's greatest troubadours.  It resurrects Woody’s spirit of hope and fierce American determination.”


Backstage with BJ is a mid-day discussion with Artistic Director BJ Jones, featuring special guest artists, actors, directors and designers, offering behind-the-scenes insight into each production while it is still in rehearsal.  Backstage with BJ for Woody Sez – The Life and Music of Woody Guthrie will be held on September 14th at 12:00pm and will last approximately one hour. Reservations are required, 847.679.9501 x3555 or specialevents@northlight.org.

Hootenannies are informal post-show “jam sessions” with the artists from the production. Audience members are invited to bring their own instruments and join the artists onstage to play for approximately one hour after the performance. Rhythm instruments will be available for those that wish to join in but don’t have their own instruments. All are welcome, players and listeners alike. No reservations required. Hootenannies will be held following the performances October7 (after 2:30pm) and October 14 (after 7:00pm).

The legendary Woody Guthrie defined an American era of social consciousness and political expression with songs like "This Land is Your Land" and "The Ballad of Tom Joad." This musical portrait, featuring Woody's stirring ballads and joyous anthems, celebrates the colorful life and rich musical legacy of America's great folk troubadour.

Northlight is proud to honor this American legend during his Centennial year!