RETURNING THIS SUMMER WITH ALL NEW EPISODES: THE GOLDEN GIRLS: The Lost Episodes, Vol. 2 Via Hell in a Handbag Productions at Mary’s Attic

Chi IL Live Shows On Our Radar:
Ready to go to Hell in a Handbag this summer... 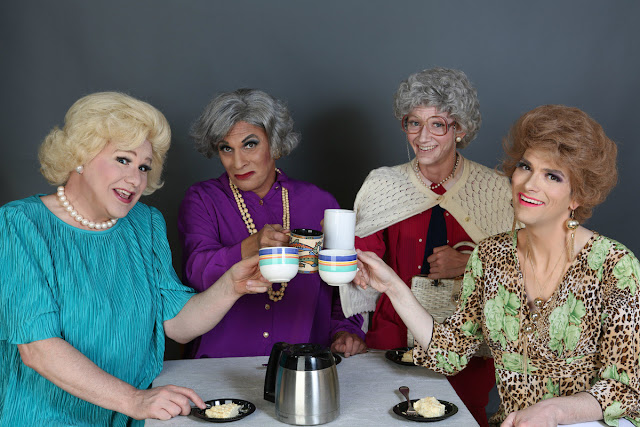 (left to right) Ed Jones, David Cerda, Adrian Hadlock and Grant Drager in a publicity image for Hell in a Handbag Productions’ parody THE GOLDEN GIRLS: The Lost Episodes, Vol. 2. All Photos by Rick Aguilar Studios.

This summer, Hell in a Handbag Productions is pleased to bring back Dorothy, Rose, Blanche and Sophia for THE GOLDEN GIRLS: The Lost Episodes, Vol. 2. Following last year’s sold-out, seven-month run, Handbag’s parody of the beloved TV sitcom returns with all new adventures written by Artistic Director David Cerda* and directed by Becca Holloway. THE GOLDEN GIRLS will play June 19 – September 7, 2018 at Mary’s Attic, 5400 N. Clark St. in Chicago’s Andersonville neighborhood. Tickets are now on sale brownpapertickets.com or by calling (800) 838-3006. The press opening is Friday, June 22 at 7:30 pm.

When THE GOLDEN GIRLS – THE LOST EPISODES debuted in June 2017, it was supposed to be a short summer treat for Handbag audiences, but quickly turned into one of the biggest hits in the company’s history. Now, these lovely women from the classic TV sitcom return with new stories of friendship, love and cheesecake – all with the Handbag twist audiences have come to love!

The all new episodes include Machiavellian mayhem when Dorothy, Rose and Blanche are all nominated for Women of the Year by the Miami Women’s Auxiliary League; Sophia’s mysterious part-time job; and a deep dark secret from Rose’s past that shocks the girls to their core! 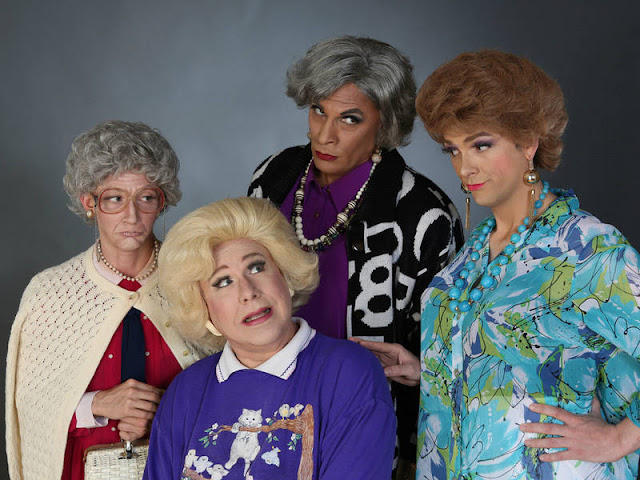 David Cerda (Playwright) is the Artistic Director and co-founder of Hell in a Handbag Productions. Cerda has written or collaborated on POSEIDON! An Upside Down Musical, Caged Dames, Sexy Baby, Lady X: The Musical, Christmas Dearest, Rudolph the Red-Hosed Reindeer, SCARRIE-The Musical, and many others. He has also worked as a songwriter with Amazon Studios and as an actor around Chicago. In 2016 Cerda was in inducted into the Chicago GLBT Hall of Fame and in 2017 he received a Lifetime Achievement Jeff Award for his contributions to the Chicago theater community and philanthropic efforts. He is most definitely a Dorothy.

Becca Holloway (Director) is thrilled to be back with Hell in a Handbag for her 5th production with them, after working on Bewildered, L'imitation of Life, and directing Rudolph (2017) and Bette: Xmas at the Continental Baths. Other directing credits include, 44 Plays for 44 Presidents (Oil Lamp Theater), Cut to the Chase Festival (Artistic Home) and The RBP's 13th Birthday Party Showcase (Right Brain Project). Becca has been lucky enough to have worked with Broken Nose, Brown Paper Box Co., The Comrades, Refuge Theatre Project, and Big Noise Theater. Oh and in case you're wondering, she's a Dorothy.

Hell in a Handbag is dedicated to the preservation, exploration, and celebration of works ingrained in the realm of popular culture via theatrical productions through parody, music and homage. Handbag is a 501(c)(3) Not for Profit.
Posted by Bonnie Kenaz-Mara at 2:01 PM No comments: