Trampled By Turtles included in film and soundtrack to The Way Way Back out this week!

Posted by Bonnie Kenaz-Mara at 12:52 PM No comments: 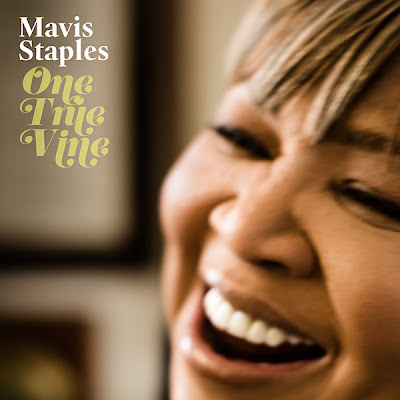 Mavis Staples ONLY Chicago performance of 2013 will be at the Hideout Block Party/AV Fest!
Get your tickets NOW!

Mavis Staples has been a guiding light for all of us our entire lives.  It was overwhelming to us when she decided to record her 2008 live album the Hideout.  "Hope at the Hideout” was released it on election night, November 4, 2008.  Jeff Tweedy and Wilco were in the audience that magical night.  That night at the Hideout, Jeff and Mavis decided to record some songs together.  This amazing relationship, led to the Grammy winning “You Are Not Alone”, and now to today’s release of “One True Vine”.   And the reviews are amazing!

Jon Pareles in the New York Times says:  “Far Celestial Shores,” written for Ms. Staples by Nick Lowe, envisions heaven not only as a realm of abundance and joy, but also as “a place I know for certain I will someday see.” …determinedly celebratory…as a whole, “One True Vine” is as introspective and diffident as a gospel album can be. Bravely and intimately, it leaves room for doubt.
Rolling Stone says: “One True Vine shows there isn't much the ex-Staple Singer can't make gorgeous...”

NPR says: “the album blooms into something more celebratory — as Staples begins to find salvation and comfort — the joy in One True Vine peeks through like slivers of sunshine.”

The Guardian UK says: “We think it's great”

Mavis Staples has had a 60 year career where she marched with Martin Luther King and helped change America and the world.  She has become the vine that ties generations, races and genders together.
She has decided to make the Hideout her home. We are beyond honored!
For the next week you can enter a raffle to win a pair of tickets to the party!  Donations will benefit the Betty Hemmert Memorial Music Scholarship Fund at Rock For Kids
The new album is available for purchase here.

Mavis Staples will perform her ONLY Chicago performance of 2013 at the Hideout Block Party/ AV Fest!


Get your tickets NOW!
Posted by Bonnie Kenaz-Mara at 3:28 PM No comments: