Here at ChiIL Live Show we cover loads of large music fests every year. They're great for seeing old favorites, binging on hours of live music, and discovering new bands. We haven't seen Survey Says yet, but we're suckers for a sweet horn section, saxaphones and Ska. Check 'em out if you have a chance. 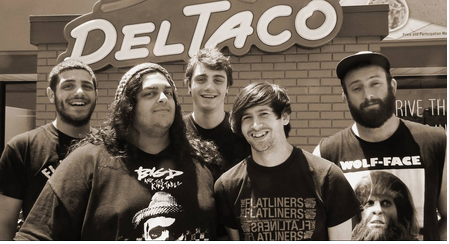 Survay Says! is a 6-piece ska/pop punk band from a small town called Blairstown, NJ. Originally forming in 2008 by brothers Henry & D.Jay Menzel, Survay Says! has spent the last 4 years honing their craft to bring listeners the horn-driven sound ska fans crave along with the high speed energy of pop punk. If there is one word that could sum up an SS! set, that word would be "fun", and that's exactly what the band strives for.

Considered by many to be one of the hardest working self-managed bands on the East Coast, Survay Says has supported national acts such as Less Than Jake, the Wonder Years, Reel Big Fish, Streetlight Manifesto, and Bowling for Soup. Survay Says tours extensively, playing 208 shows in 2013 including a month-long run with Big D and the Kid’s Table and Red City Radio which took them to Fest 12 in Gainesville, FL.  2014 promises to be just as intense; Signed to Asbestos Records, Survay Says has already completed a two month full US tour to support the release of our new album "Observations of the Human Condition", a month long tour of the US and Canada as direct support to Reel Big Fish, and a scond full US tour since the beginning of April this year. We're spending the rest of the 2014 playing Riot Fest in Chicago, The Fest in Gainesville, FL, doing a support tour with MxPx, Zebrahead and Allister, as well as touring the full US again on our own.