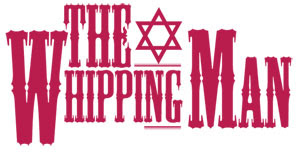 
Northlight Theatre, under the direction of Artistic Director BJ Jones and Executive Director Timothy J. Evans, continues its 2012-2013 season with Matthew Lopez’s The Whipping Man, directed by Kimberly Senior. The production will run at Northlight Theatre, 9501 Skokie Blvd in Skokie, from January 18-February 24, 2013.

When Caleb, a wounded Confederate soldier returns to his family’s home at the end of the Civil War, he finds it in ruins and abandoned by all but two former slaves. United by their Jewish faith, the three men celebrate a Seder while wrestling with a shared past they can’t escape—and uncover a tangle of secrets that threatens their family and their faith.

Artistic Director BJ Jones comments, “There is historical precedence for the storylines in Mathew Lopez’s compelling and surprising play The Whipping Man. The context of the fallen South at the end of the Civil War, the newly freed slaves, the returning Confederate soldier - son of a Jewish slave owner, makes for an exotic and combustive cocktail for a play, which is at once gripping and intellectually satisfying.”
The cast features Derek Gaspar, Sean Parris, and Tim Edward Rhoze.

ABOUT THE ARTISTS
Matthew Lopez (Playwright) The Whipping Man is one of the most celebrated and widely-produced new American plays of the last few theatrical seasons.  It premiered off-Broadway at Manhattan Theatre Club, directed by Doug Hughes and starring André Braugher.  Mr. Lopez was awarded the John Gassner New Play Award from the Outer Critics Circle for this production. His play Somewhere premiered in 2011 at the Old Globe and is currently on the stage at Theatre Works in Palo Alto.  Other plays include Reverberation, The Legend of Georgia McBride and The Sentinels, which premiered in 2011 in London.  He is commissioned by Roundabout Theatre Company, Manhattan Theatre Club, and Hartford Stage, where he is the 2012/13 Aetna New Voices Fellow.  Mr. Lopez is currently a staff writer on Aaron Sorkin’s HBO series The Newsroom.
Kimberly Senior (Director) Northlight: The Whipping Man (debut).  Chicago: The Letters (Writers' Theatre); Want, The North Plan (Steppenwolf); After the Revolution, The Overwhelming (Next); Cripple of Inishmaan, Bug, The Pillowman (Redtwist); Disgraced (American Theater Company); Waiting for Lefty (American Blues); Old Times, Uncle Vanya, Cherry Orchard, Three Sisters (Strawdog); Thieves Like Us (House Theatre); All My Sons, Dolly West's Kitchen (TimeLine Theatre). Regional: Disgraced (LCT3); Murder on the Nile, A Few Good Men (Peninsula Players); Mauritius (Theatre Squared). Founder/Collaboraction, Artistic Associate/Next, Strawdog, Chicago Dramatists. Kimberly lives in Evanston with her husband, scenic designer Jack Magaw and her two children.
Derek Gaspar (Caleb), making his Northlight debut, has appeared in Three Sisters and The March (Steppenwolf Theatre), Chicago Boys (Goodman Theatre), Waiting for Lefty (American Blues Theater) and Orpheus Descending (Shattered Globe). Other companies he has had the pleasure to work with include Court, Next, Timeline, Pinebox and Trap Door Theatres.

Sean Parris (John), making his Northlight Theatre debut, has appeared in the world premiere of A Girl with Sun in Her Eyes (Pine Box Theatre), Letters Home (Griffin Theatre), A Midsummer Night’s Dream (Chicago Shakespeare), Pornography (Steep Theatre), Seascape (Remy Bumppo); Understudy in Angels In America (Court Theatre). Regional Credits include: Hamlet (Saratoga Shakespeare Festival). Sean is a graduate of The Theatre School at DePaul University.
Tim Edward Rhoze (Simon) is the Producing Artistic Director of the Fleetwood-Jourdain Theatre in Evanston, Illinois; he has directed For Colored Girls Who Have Considered Suicide When the Rainbow is Enuf, Having Our Say, Five Guys Named Moe, From the Mississippi Delta, Heat, Home, and playwright Tania Richards’ solo performance in her autobiographical Truth Be Told. Tim has performed at the Goodman Theatre in over a dozen plays, and more than 30 other productions at Steppenwolf, Victory Gardens, Detroit Repertory Theatre, Detroit’s Harmonie Park Playhouse, Plow Shares and Attic Theatres, Wayne State University’s Hilberry Repertory, University of Detroit Theatre Company and GEVA Theatre in Rochester New York.

Salon Series will be held on select Wednesdays at 6:15pm and last approximately one hour. Gain deeper insight into each of the five plays in our 2012-13 mainstage season. Salon Series for The Whipping Man will be held January 30, 2013 and will feature Northwestern University professor E. Patrick Johnson. Event is FREE, but RESERVATIONS ARE REQUIRED.  Please call 847.679.9501 x 3605 to RSVP.

Backstage with BJ is a mid-day discussion with Artistic Director BJ Jones, featuring special guest artists, actors, directors and designers, offering behind-the-scenes insight into each production while it is still in rehearsal.  Backstage with BJ for The Whipping Man will be held on January 11 at 12:00pm and will last approximately one hour. Reservations are required, 847.679.9501 x3555 or specialevents@northlight.org.

Northlight’s production of The Whipping Man is sponsored in part by The Pauls Foundation, The Elizabeth F. Cheney Foundation, and Quince at the Homestead.

Notes of Interest:
Over the past year, Kimberly Senior directed the World Premiere of Disgraced at American Theater Company and in New York; After the Revolution at Next; Cripple of Inishmaan at Redtwist; Murder on the Nile at Peninsula Players; and The Letters at Writers’ Theatre. Kimberly was, formerly, a teaching artist at Northlight Theatre.

The Whipping Man is the first play by Matthew Lopez’s to be professionally produced. He won the 2011 John Gassner Playwriting Award by the NY Outer Critics Circle. The Whipping Man was one of the most produced plays in the country this year.

The Whipping Man represents an important part of American History. There is record of slaves being raised Jewish, most likely if the owner was Jewish. The play takes place at the end of the Civil War and raises questions of freedom, servitude and identity for all the characters.

In conjunction with The Whipping Man, Northlight is hosting a number of special events with community partners. All events are subject to change, and new events may be added. For up-to-date details, visit northlight.org/events.

Monday, January 21 at 4:00pm
Evanston Public Library
Free and open to the public

Wednesday, January 30 at 6:15 PM (preceding 7:30 performance)
Free and open to the public as part of Northlight’s Salon Series

Thursday February 7 at 3:30pm
Skokie Public Library
Free and open to the public 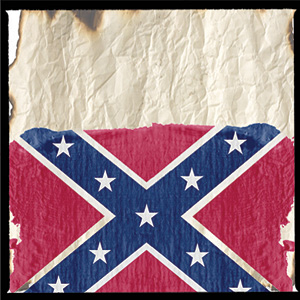 Posted by Bonnie Kenaz-Mara at 4:57 PM No comments: