OPENING: Chicago Premiere of On Clover Road Via American Blues Theater at Stage 773 Through March 16, 2019

I'll be out for the press opening February 7th, so check back soon for my full review. Halena Kays is one of my favorite directors so I'm eager to see her take on this edgy thriller and intense subject matter.

American Blues Theater continues its 2018-2019 Season with the Chicago Premiere of the thriller On Clover Road, by Steven Dietz and directed by Halena Kays. On Clover Road runs February 1 – March 16, 2019 at Stage 773, 1225 W Belmont Ave in Chicago.

At an abandoned motel on a desolate American road, a mother meets with a cult deprogrammer, believing she will be reunited with her runaway daughter. On Clover Road features Joseph Jefferson Award winners and American Blues Theater Ensemble members Gwendolyn Whiteside and Philip Earl Johnson. DC Metro Arts says this smart, harrowing, edge-of-your-seat thriller will “consume your attention for its full 90 minutes, and you'll leave the theatre fully entertained." 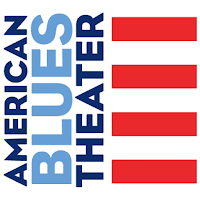 American Blues Theater programs and activities are made possible, in part by funding by The MacArthur Funds for Arts & Culture at Prince, the Shubert Foundation, The Chicago Community Trust, SMART Growth Grant, Gaylord & Dorothy Donnelley Foundation, the Illinois Arts Council Agency, Anixter Foundation, Actors’ Equity Foundation, and the Chip Pringle Fund. ComEd is the Season Lighting Sponsor.
Posted by Bonnie Kenaz-Mara at 8:23 AM No comments: