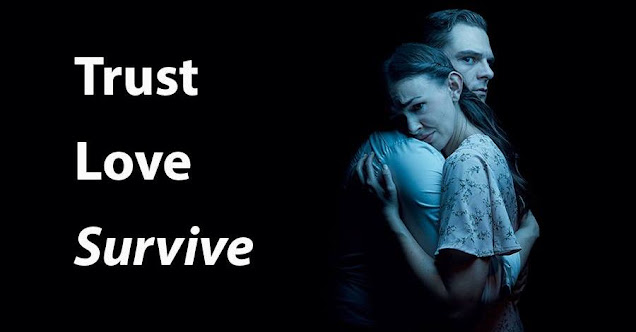 Lifeboat Productions presents the world premiere of The Black Knight by Angeli Primlani, on stage at City Lit Theater in Edgewater, from February 26 - April 2.

Tickets are $38.00 and can be purchased at www.lifeboatchicago.com.

The Black Knight is a timely tale of love, trust, and resistance set in Nazi-Occupied Prague. This intimate character study examines the nature of love and trust in a culture where everyone is assumed to be under surveillance. Three friends, Albrecht, Kathi and Fritz, all grew up together in Nazi Germany. As the war begins they scatter in very different directions. When they encounter each other again in Prague in 1941, they must decide whether and how much they can trust each other, and if their bonds of affection and love are stronger than war.

Originally slated to open in 2020 before being shut down by the pandemic, the 2022 premiere features the return of much of the cast and production team, including Lifeboat Company member Gary Henderson as Albrecht, who also performed the role in Accidental Shakespeare Company’s staged reading at Stage 773 during Chicago Theater Week 2017.

“I’ve seen a lot of principled people in my life side with the bullies, only to wake up too late – after everything they thought they were protecting was lost,” said Henderson. “This play is not just a cautionary tale, it’s a talisman against the darkness.”

Katherine Wettermann as Kathi, who was also part of the 2020 cast. “I was immediately drawn to Kathi’s strong sense of self – especially during this time period, when women had little to no rights. Love becomes a test to Kathi’s independence, and she quickly learns the dire impact her decisions have on those around her,” said Wettermann.

During the pandemic and lockdown, the Lifeboat team watched helplessly as this story about the rise of fascism became even more relevant to our modern world. The current cast and director Brian Pastor heavily workshopped this final script, with significant research support from dramaturg Rabbit Seagraves and actor Gary Henderson. It became clear that the manipulation of a national emergency, and the everyday heroism of ordinary people in response, echoes in the world we live in now. 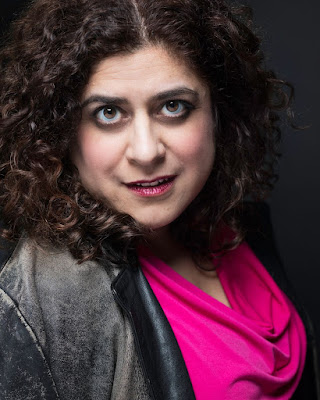 Playwright Angeli Primlani (pictured above) worked in Prague, Czech Republic as a journalist in the 1990s and wrote about the reassertion of the neo-Nazi movement there. “At the time this story was my very personal obsession. I thought it would bore anyone who wasn’t a giant history nerd,” she said. “Instead I spent the last few years watching the US follow a similar dark path to Germany’s. These characters are like GenZ now, old enough to understand what is happening, too young to have any control over events that would shape all of their destinies.”

Gruber expressed her passion for the complexity and authenticity of the script, “When I first read an early draft of Angeli’s script in 2004, I was taken aback by the similarities with my grandmother’s life in Essen, Germany. As we workshopped the play over the last few years, we have been deeply moved by the stories of audience members who shared their own connections to the narrative. As a queer woman with both Jewish and German heritage, I am thrilled to finally bring this script to a larger audience.”

Director Brian Pastor joined the team in 2021, around the time that their adaptation of RFK’s memoir of The Cuban Missile Crisis, Thirteen Days, premiered on the City Lit stage. An honors history major at Northwestern, Brian brings a vast amount of experience to the table, having served as a producer, director, actor and playwright in Chicago for nearly two decades. Brian’s punk-laced production of Gross Indecency: The Three Trials of Oscar Wilde for Promethean Theatre Ensemble gave us a glimpse of how small acts of resistance can create lasting change. Of The Black Knight, Brian says, “After Gross Indecency and Thirteen Days, I became enchanted with this idea that small, brave choices can add up to something much bigger. In those previous shows, the agents of change were people with power and influence. I really wanted to examine what kind of progress could be made when ordinary people choose to do the next right thing. This show allows us to imagine how we might learn to slay giants by having enough people choose to pick up a stone.”

Lifeboat Productions is devoted to the idea of Hopepunk Theater. In a world where meanness and toughness is valued, kindness and affection is the most punk thing one can embrace. The Black Knight’s message of resistance and love as the best weapons against facism has remained an extremely hopepunk theme. Many of the cast and production team members identify with historically marginalized groups and cultures, informing the ways the various characters both belong to and are excluded from the mainstream. 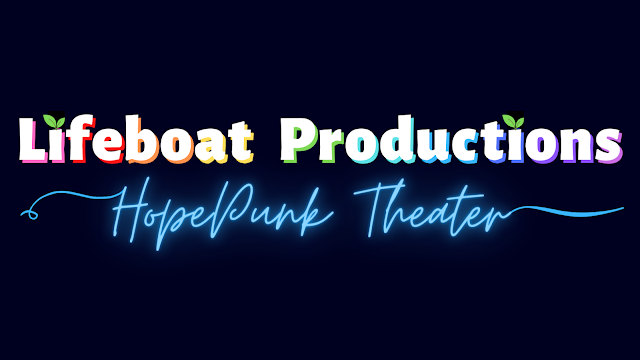 Cast bios can be found at:

Production team bios can be found at:

In the Edgewater Presbyterian Church 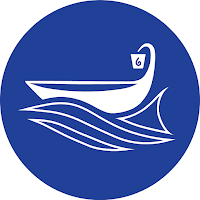 Lifeboat Productions is an ensemble theater company that promotes hopepunk narratives of resistance and optimism weaponized against the prevailing cultural narrative of anger and despair. Lifeboat Productions was formed in 2020 by a group of actors, designers, and writers who needed something to believe in.

Posted by Bonnie Kenaz-Mara at 1:14 PM No comments: