Fall Favorites On The Chicago Theatre Scene For 2018 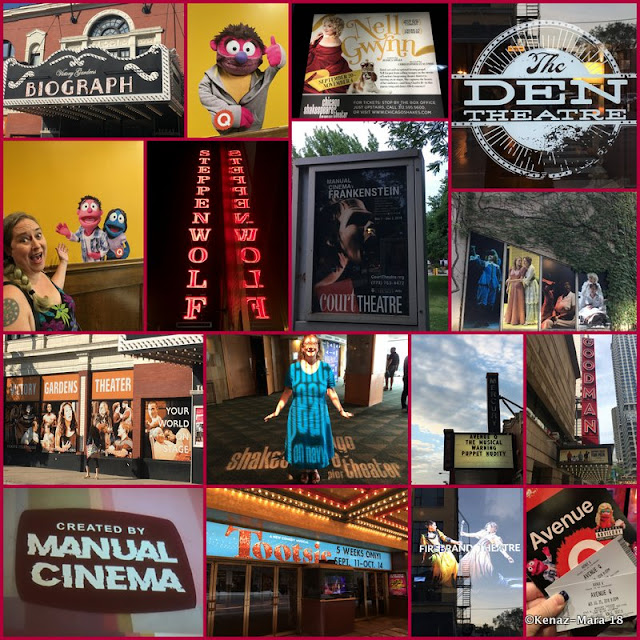 When it comes to theatre, arts and entertainment and more in Chi, IL, we have you covered. Check out ChiILLiveShows.com (adult) and ChiILMama.com (family friendly) like we vote in Chi, IL... early and often. We've got great theatre ticket giveaways, entertainment news, original reviews and more. September is off to a fabulous start with a plethora of openings. For a great starting point, we recommend taking a peek at the League of Chicago Theatre's website and Fall Theatre Guide for a look at many exciting productions the windy city has on stage for fall 2018.

Chicago will continue to produce some of the most exciting theater in the country throughout Fall 2018. Offerings from the city’s more than 250 producing theaters include a range of special fall programming, featuring everything from the latest musicals to highly anticipated world premieres.

For a comprehensive list of Chicago productions including a Fall Theatre Guide, visit the League of Chicago website, ChicagoPlays.com. Discounted tickets are available at HotTix.org or at the two Hot Tix half-price ticket locations: across from the Chicago Cultural Center at Expo72 (72 E. Randolph) and Block Thirty Seven, Shops at 108 N. State. Hot Tix offers half-price tickets to more than 250 Chicago area theatres, full price tickets to all Ticketmaster events including concerts and sports, and Play Money gift certificates.

“When I look at the astounding array of artists that will be represented this Fall I am most struck that many of them are Chicagoans, including: Bruce Norris, Calamity West, Ike Holter, Mary Zimmerman, E. Faye Butler, Gary Griffin and Mike Nussbaum. Chicago will be alive this Fall with Chicago artists telling fascinating stories that speak to Chicago and the world,” notes Deb Clapp, Executive Director of the League of Chicago Theatres.”

Favorite Chicago theatre actor Mike Nussbaum returns to Northlight Theatre in Curve of Departure as the patriarch of an unconventional family in this delicate and gently comic drama. Runs September 13 - October 21, 2018.

Notable comedies include:
Broadway In Chicago presents a pre-Broadway engagement of Tootsie, a new musical comedy based on the movie. Runs at the Cadillac Palace Theatre from September 11 - October 14, 2018

The Second City’s 107th Mainstage Revue launches its run at the historic Chicago home for comedy on October 9, 2018.

Other Notable Works Include:
The second annual Destinos: Chicago International Latino Theater Festival will celebrate homegrown Latino theater artists and companies, both emerging and established, from the host city, Chicago. Destinos will also showcase artists from Dallas and Los Angeles. Theater artists and companies from Argentina, Colombia, Costa Rica, Mexico and Puerto Rico round out the festival’s deep roster of international participants, helping underscore the growing reputation for Destinos as one of the country’s leading international Latino theater festivals. Runs September 20 – November 4, 2018.

About Chicago theatre
Chicago theatre is the leader in the U.S. with more than 250 theaters throughout Chicagoland, comprising a rich and varied community ranging from storefront, non-union theaters to the most renowned resident theaters in the country, including 5 which have been honored with Regional Tony Awards, and the largest touring Broadway organization in the nation. Chicago’s theatres serve 5 million audience members annually and have a combined budget of more than $250 million. Chicago produces and/or presents more world premieres annually than any other city in the nation. Last year alone Chicago theatre companies produced more than 100 world premiere productions and adaptations. Each year Chicago theatres send new work to resident theaters across the country, to Broadway, and around the world.

For a comprehensive list of Chicago productions, visit the League of Chicago Theatres website,  ChicagoPlays.com. Half-price tickets to the current week’s performances as well as future performances are available at HotTix.org and at the two Hot Tix half-price ticket locations: across from the Chicago Cultural Center at Expo72 (72 E. Randolph) and Block Thirty Seven (108 N. State).
Posted by Bonnie Kenaz-Mara at 11:45 AM No comments: