REVIEW: World Premiere of The HOA At The Factory Theater September 9 - October 20, 2022

WRITTEN BY ANGELINA MARTINEZ AND DIRECTED BY CHRISTY ARINGTON 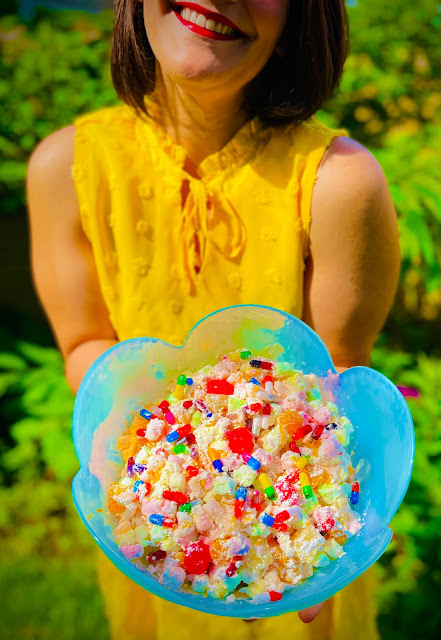 “We have to devolve to evolve,” proclaims Syd, the President of the HOA and guru of health, therapy, and mindfulness. Syd seems the local expert on all matters in this odd close-knit community that is not what it seems. If a neighbor needs a handyman, Syd “knows a guy.” Yardwork? Syd has someone he can recommend. Need happy pills to get through daily living?? Syd is certainly your connection for that…  and apparently he’s providing for everyone.

Cassie and Steve are a happily married couple who move to this strange new town after Steve lands an incredible promotion. Cassie loved her job developing pharmaceuticals, but she has stepped back on her own career momentarily while Steve settles in at his new position. He assures her that she doesn’t have to find employment if she doesn’t want to, they can afford their lifestyle without her job. But Cassie finds fulfillment through work. Strangely, all the other women in their subdivision are full-time homemakers, all of them having left successful careers behind, including Daphne who’d been a neurosurgeon. Huh?? Who walks away from being a neurosurgeon?? Things don’t make sense in this eerily Stepford-Wives World.

The women are introduced as “belonging” to their husbands. “She belongs to Brent.” Hmmm… Every couple is in counseling. The women assume that Cassie’s big news is that she’s pregnant when she is about to announce she has found a new job; their enthusiasm is dimmed with the career advancement over the possibility of motherhood. It feels very retro, but not in a good way. Things are just…really “off.”

Jennifer Betancourt as Cassie and Andrew Cawley as Steve really shine in their roles. I felt for Cassie as she begins to seriously question her marriage and her sanity. The large cast for this tiny space does a wonderful job. Even the scene changes got laughs as the fairy-like silly music prompted the actresses to wisk away furniture and props in an animated fashion.

Eric Frederickson as Syd has a great presence domineering all of the residents. He has to be larger than life for all of the influence he controls over his neighborhood association.

The set is awesome, and I love this theater. It’s impressive how such a big cast navigates the allotted room. The night I attended, I think the audience was comprised of the actors’ friends and family. While it is lovely to be supportive, the woman next to me acted like it was an interactive show. A character asked a question onstage, and she answered a response out loud.What the hell. It took all my self-control to not tell this woman to shut up…and I really credit the actress for not being thrown off in her performance.

This is a great show in a truly Chicago-style storefront. Go support them. And---Be sure to wear your black spandex bike shorts. You’ll fit right in.

Catherine Hellmann is a self-proclaimed “theater whore,” who teaches at a charter school where she can look at the Chagall mosaic during lunch. She loves that. She lives in Rogers Park, and the 49B bus driver is her new best friend. 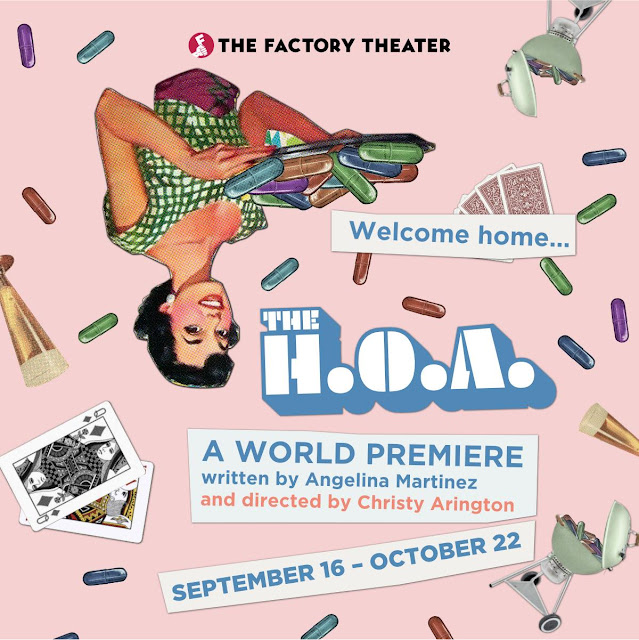 The Factory Theater, 1623 W. Howard St., is proud to announce the cast and creative team for the first production in its 28th season, the world premiere of The HOA, September 9 - October 20, written by Angelina Martinez and directed by Christy Arington. The new season begins with an The HOA Launch Party, Thursday, Aug. 11 from 7 - 10 p.m. Previews for The HOA are Friday, Sept. 9 and Saturday, Sept. 10 at 8 p.m. and Sunday, Sept. 11 at 3 p.m. We'll be out for the Press Opening Sept. 16th so check back shortly for our full review. The performance schedule is Fridays and Saturdays at 8 p.m. and Sundays at 3 p.m. Tickets for HOA are $25 and may be purchased through the Box Office by calling 866-811-4111 or by visiting TheFactoryTheater.com.

The HOA tells the story of two successful professionals, Cassie and Steve, moving to a new city after Steve receives a promotion. Their new neighbors seem nice, but it becomes clear to Cassie that something is really out of the ordinary. See what happens when a local couple finds their dream home in a neighborhood that’s not quite right.

Angelina Martinez is a proud Factory emeritus member. In addition to playwriting, she has been an actor, director and set designer (not all at the same time) for several productions during her tenure with the company. She has also done these types of activities for other theater companies as well. She might possibly do any of these things again in the future.

Posted by Bonnie Kenaz-Mara at 3:12 PM No comments: