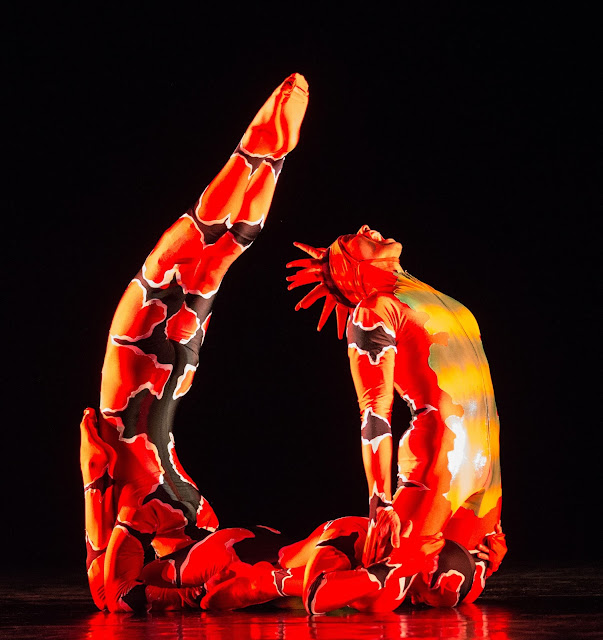 After a 10-year hiatus, “Opus Cactus” returns with a new look, fresh energy and fun surprises. Set to a hypnotic mix of music from J.S. Bach to new age to tribal, this prop-laden piece of 19 seamless vignettes uses low-flying trapeze, harnesses, belly dollies, vaulting poles, oversized fan, puppets and skirts, a swing-like hammock, a rolling metal sculpture and outrageous costumes to transport audiences to the exotic world of the desert.

Sections such as “Dream Catcher,” “Pole Dance,” “Ostrich of the Imagination,” “Gila Monster,” and “Desert Blooms” showcase the virtuosity and versatility of the dancer-illusionists. The dancers include Steven Ezra, who was a 2011 finalist on “America’s Got Talent” with the shadow performance troupe Catapult; Jonathan Eden, who joined MOMIX in 2004; Jason Williams who has been touring with the company since 2011; Greg DeArmond who has been with the company since 2014; Anthony Bocconi, formerly with the Lar Lubovitch Dance company, now with MOMIX since 2015;  Rebecca Rasmussen, a member of the company since 2006; and Sarah Nachbauer, a 10 year veteran of MOMIX. Two more dancers will be announced at a later date.

Moses Pendelton (choreographer and MOMIX artistic director) formed the MOMIX in 1981 as an offshoot of the dance company Pilobolus, which he co-founded while a senior at Dartmouth College in 1971 and performed with as full-time member with the company until 1980.

Known internationally for presenting work of exceptional inventiveness and physical beauty, MOMIX, now in its 36th year, is a company of dancer-illusionists celebrated for its ability to conjure up a world of surrealistic images using props, light, shadow, humor and the human body. In addition to stage performances world-wide, the company has frequently worked on special projects and in film and television. MOMIX has made five Italian RAI television features broadcast to 55 countries (including the USSR and China) and has performed on Antenne II in France. MOMIX was featured in PBS’s “Dance in America” series and one of the first IMAX films in 3-D, “IMAGINE”, which premiered at the Taejon Expo 93 and was subsequently released at IMAX theaters world-wide. MOMIX has performed throughout the United States, Canada, Spain, Greece, Italy, France, Germany, Russia, Denmark, England, Austria, Ireland, Holland, Argentina, Mexico, Brazil, Chile, Japan, Taiwan, Singapore and Australia. The company is based in Washington, Conn.

Tickets:
McAninch Arts Center (MAC) located at 425 Fawell Blvd. on the campus of College of DuPage presents MOMIX in “Opus Cactus,” Saturday, Sept. 10, 7:30 p.m. Tickets are $42-$52. New for 2016-2017: for selected shows, the MAC offers the VIP Experience featuring a private, pre-show cocktail and hor d’oeuvres, reception and coffee and dessert at intermission. The VIP experience is available for this event for an additional $30 per person. For tickets or more information visit AtTheMAC.org or call 630.942.4000. 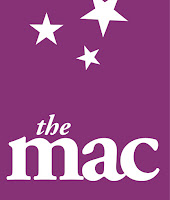 About the MAC
McAninch Arts Center (MAC) at College of DuPage is located 25 miles west of Chicago near I-88 and I-355, and houses three performance spaces (the 780-seat proscenium Belushi Performance Hall; the 186-seat soft-thrust Playhouse Theatre; and the versatile black box Studio Theatre), plus the Cleve Carney Art Gallery, classrooms for the college’s academic programming and the Lakeside Pavilion. The MAC, now celebrating its 30th Anniversary, has presented theater, music, dance and visual art to more than 1.5 million people since its opening in 1986 and typically welcomes more than 75,000 patrons from the greater Chicago area to more than 230 performances each season.

The mission of the MAC is to foster enlightened educational and performance opportunities, which encourage artistic expression, establish a lasting relationship between people and art, and enrich the cultural vitality of the community. For more information about the MAC, visit AtTheMAC.org, facebook.com/AtTheMAC or twitter.com/AtTheMAC.

Established as a 501(c) 3 not-for-profit charitable organization in 1967, the College of DuPage Foundation raises monetary and in-kind gifts to increase access to education and to enhance cultural opportunities for the surrounding community. For more information about the College of DuPage Foundation, visit foundation.cod.edu or call 630.942.2462.

Programs at the MAC are partially supported through a grant from the Illinois Arts Council Agency.
Posted by Bonnie Kenaz-Mara at 7:04 PM No comments: