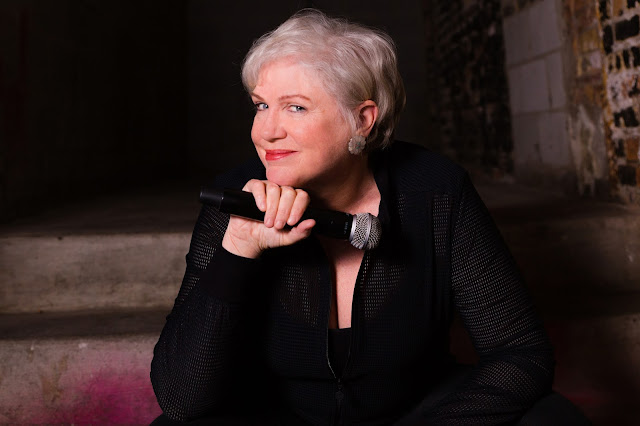 “It turns out I had to do five years on SNL to make it to The Second City, and that’s alright with me! This is truly a dream come true,” said Sweeney. “I’d always considered myself a comedic monologist, but it occurred to me that I was so close to doing stand-up that I should just take that step...My show is observational and strewn with funny stories. I’m older and yes, a wee bit wider, but I think you’ll laugh and have a good time.”

About Julia Sweeney
Called “a consummate storyteller with exquisite comic timing” by Variety, Julia Sweeney is a writer, actor, comedian, director, and monologist. Perhaps most recognized as a Saturday Night Live cast member from 1990 to 1995, she created and popularized the androgynous character “Pat.” Sweeney is also adored for her comedic and dramatic (and usually both at the same time) monologues, including God Said Ha!, which she staged across the country, as well as on Broadway at the Lyceum Theater. The film version was produced by Quentin Tarantino and premiered at the 1998 South by Southwest Film Festival, and the accompanying comedy album was nominated for a Grammy. Sweeney's second monologue, In the Family Way, played in New York and LA and was ultimately developed into a memoir, If It's Not One Thing, It's Your Mother. Her third monologue, Letting Go of God, was adapted into a film that aired on Showtime. Sweeney is also a cancer survivor, an outspoken secular humanist, and the proud mother of a teenage daughter.

About The Second City
Since opening its doors 1959, The Second City has grown to become the world’s premier comedy club, theater, and school of improvisation, entertaining 1 million theatergoers a year around the globe. Alumni of The Second City’s resident stages, touring companies, and theatrical divisions include some of the biggest names in entertainment, and in addition to the sold-out shows playing nightly on resident stages in Chicago and Toronto, the comedy empire has staged productions with a wide range of illustrious creative partners and theater companies, including the Lyric Opera of Chicago, Hubbard Street Dance Chicago, The John F. Kennedy Center for the Performing Arts, Goodman Theatre, Center Theater Group Los Angeles, Portland Center Stage, Toronto Symphony Orchestra, La Jolla Playhouse, Woolly Mammoth Theatre, and the Chicago Bulls.

Posted by Bonnie Kenaz-Mara at 3:14 PM No comments: