THE NEO-FUTURISTS ASK, “CAN YOU LEARN TO BELIEVE?”
IN THE WORLD PREMIERE OF TIF HARRISON’S
SATURN RETURNS,
OCTOBER 13 – NOVEMBER 19 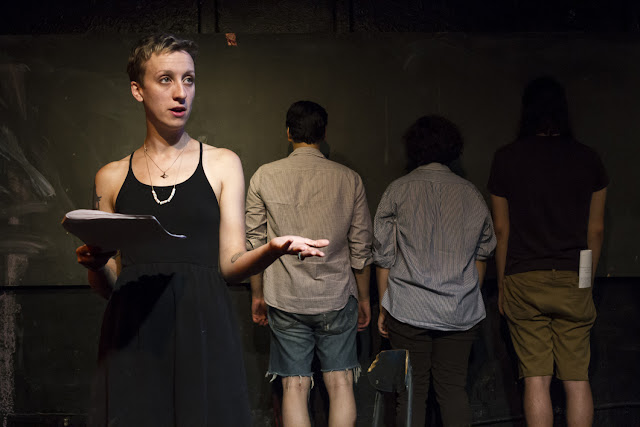 The Neo-Futurists are proud to present the world premiere of Neo-Futurist Ensemble Member Tif Harrison’s Saturn Returns, A Neo-Lab production, supported by The National Endowment for the Arts, October 13 – November 19, at The Neo-Futurarium, 5153 N. Ashland. Saturn Returns is created by Tif Harrison, directed by Jen Ellison and featuring the writing and performances of: Kurt Chiang*, Tif Harrison*, Lily Mooney*, Kirsten Riiber* and Andrew Tham. Previews are Thursday, Oct. 13 -  Saturday, Oct. 15 at 7:30 p.m. with opening night Monday, Oct. 17 at 7:30 p.m. Performances run Thursdays – Saturdays at 7:30 p.m. Ticket prices for previews and Thursdays are pay what you can; for the regular run, tickets are $10-25. Tickets and information are available at neofuturists.org or 773.275.5255. 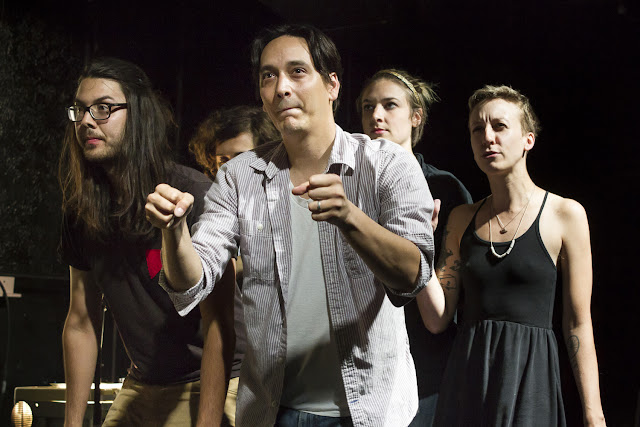 Six months after turning 29, Saturn Returns creator, Tif Harrison, received a crash course in loss. Her mother’s cross-country move, the death of her father and a break-up had Harrison reaching into the corners of the universe for anything that would stand still. Saturn Returns is a Neo-Futuristic exploration that asks larger existential questions about time, patience and the vast expanse of an unknowable universe. Tif Harrison and the ensemble look upward and outward, offering observations on the silence and solitude of space, on the uncrossable distances between celestial bodies and the intimacy of standing next to somebody you love. Saturn Returns examines both the astronomical and astrological implications of Saturn’s solar orbit— a 29-year journey— to observe various dramatic changes that have manifested in the lives of the individuals on stage.

Saturn Returns, a part of The Neo-Futurists new work residency Neo-Lab, held open workshops and showings for the past year, culminating in a final workshop performance at The Neo-Futurist Kitchen: a micro-festival on art and performance. Writer and Creator Harrison says, “Taking the time to search for the core of the show, while sharing our progress with audiences along the way, has helped us discover the new questions. This project began with, "Why do we look up?" Spending over a year pondering, the answers have led us to now wonder, "Can you learn to believe?"  and "What do we choose to believe in and what do we dismiss?"” 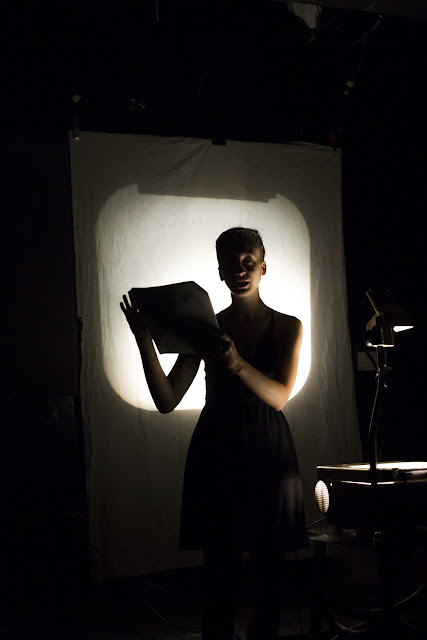 Tif Harrison* (creator/performer) has been an ensemble member of The Neo-Futurists since 2011. In addition to writing and performing regularly in Too Much Light Makes the Baby Go Blind, Harrison was a writer and performed in The Miss Neo Pageant, directed Analog and served as an editor for the company’s most recent book, The Neo-Futurists: Body. She has performed at live lit events like The Paper Machete and Drinking & Writing’s Annual Beerfly Alleyfight.
Jen Ellison (director) has been performing, writing and directing in Chicago for nearly 20 years.  Directing credits include Trap Door Theatre, WNEP, Collaboraction and The Neo-Futurists where she is an artist associate. As a resident director at the Second City, Ellison has overseen two national touring companies, developed multiple shows for their Outreach and Diversity program and directed Apes of Wrath for the ETC stage. In addition to teaching ethics at DePaul University, she is a member of the Comedy Writing and Performance faculty at Columbia College Chicago.

The Neo-Futurists
The Neo-Futurists, performers of Too Much Light Makes The Baby Go Blind and creators of over 65 original, full-length productions, are a collective of wildly productive writer-director-performers who are committed to creating immediate, non-illusory, irreproducible events at head-slappingly affordable prices. The Neo-Futurists pioneered a new form of theater in 1988, launching what became Chicago’s longest running show, Too Much Light Makes the Baby Go Blind, now in its 28th year. From humble beginnings as the first late-night theater production in Chicago, The Neo-Futurists have grown to become one of the most highly regarded experimental theater companies in America. More than 70 Ensemble-alumni have added thousands of new works to the American theatre canon and today branches bring Neo-Futurism to both coasts in New York City and San Francisco.

Neo-Lab and Saturn Returns are supported by The National Endowment for the Arts.
Posted by Bonnie Kenaz-Mara at 5:09 PM No comments: