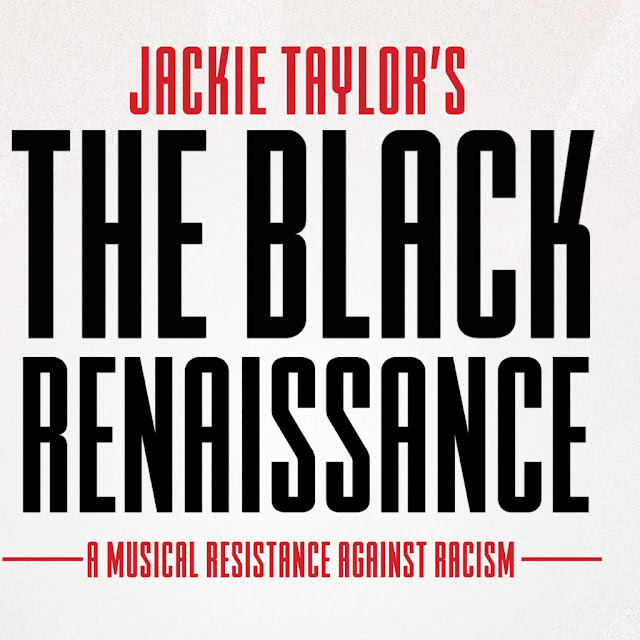 The Black Renaissance
(A MUSICAL RESISTANCE AGAINST RACISM)


The mission of the Black Ensemble Theater Company is to eradicate racism and its devastating effects upon society through the theater arts.

This Sunday, ChiIL Mama will be ChiILin' with Chi, IL's renowned Black Ensemble Theater Company for the press opening of the World Premiere of The Black Renaissance (A Musical Resistance Against Racism), another Jackie Taylor original. Check back soon for our full review. Despite being about as white as a blonde haired, blue eyed German/Swede can be, I have always felt completely and unequivocally welcome at BET. There is an undeniable friendliness and inclusive sense of community here, that's big enough to accept everyone.

The power vocals of BET's ensemble members are truly world class, and they seek not only to entertain, but to craft original, thought provoking, mind altering productions, season after season. In these regressive, repressive political times, where hate and divisiveness have found a platform, there's an aching need for healing, understanding, and powerful action that music and theatre can provide. I can't wait to see Black Ensemble Theater's latest world premiere.

Through the struggles, trials and tribulations of those who fought and fight against oppression and racism, The Black Renaissance is a musical and historical depiction of the African American experience in a racist America that will uplift, inspire and motivate all of us to create a world where racism cannot exist. The Black Renaissance (A Musical Resistance Against Racism), is more than a play, it is a movement. A movement through song and dance that will help us understand the systemic process of racism and oppression. This thought provoking production will uncover the root of racism, what is it and why we must remove it from our society.

When asked the reason why she decided to tackle this subject, Jackie Taylor replied, “Because of the climate within in our society today, now is the time! The Black Renaissance has difficult moments because the racism pill is a very difficult pill to swallow. In order to solve our societal issues we must be able to confront those issues. And that is the purpose of The Black Renaissance.”

Through this historical presentation from slavery to Obama to Trump, we will be led on a spiritual journey that will ignite the healing process and help us understand how to respect and honor our differing cultures while learning how to live together as one race – the human race.

Tickets are available at the Black Ensemble Box Office located at 4450 N. Clark St in Chicago, or online at www.blackensemble.org, or by phone at (773) 769-4451. Tickets are $45 for previews (preview dates); $55 (Thursdays and Saturday matinees) and $65 (Fridays, Saturday evenings and Sunday matinees).  There is a 10% discount for students, seniors and groups

On November 18, 2011, The Black Ensemble Theater Cultural Center opened and is able to accommodate larger-scale productions, bigger audiences and a wider range of educational programming. The new facility includes amenities such as a 299-seat main stage theater (double the capacity of the original venue); 14 offices, classroom space, rehearsal hall, dance studio, scene shop, costume shop, and wardrobe rooms; seven dressing rooms; rehearsal room for musicians; front lobby space with concession areas; and an indoor parking garage.  The completion of a 150-seat theater, which will serve as an experimental stage for the work of the Black Playwright Initiative (BPI), with construction by General Contractor Norcon Inc., is expected in 2018. 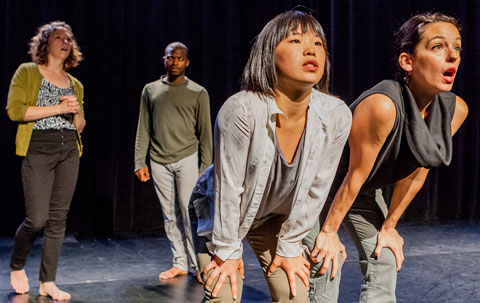 Rooming House is presented as part of Steppenwolf’s LookOut Series November 4-18, 2017 with 12 performances over a three-week run.

Here at ChiIL Live Shows we've adored Lucky Plush for years. We're also huge fans of Leslie Buxbaum Danzig and have covered her excellent work with 500 Clown, Actors Gymnasium, Chicago Children's Theatre and more. We can't wait to see their next new thing, Rooming House, in one of our favorite new spaces, Steppenwolf’s 80 seat, 1700 Theatre! The world needs more joy right now and I have a feeling Lucky Plush is about to bring it.

Rooming House is co-created by founder and artistic director Julia Rhoads and collaborating director Leslie Buxbaum Danzig (formerly of 500 Clown). Playful and personal, the work synthesizes contemporary dance and theater to create a dynamic blueprint for exploring the question: what makes a person do something that could have life changing consequences? 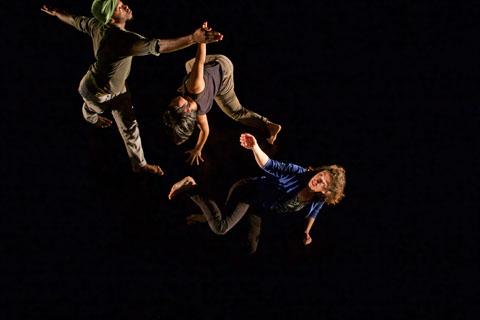 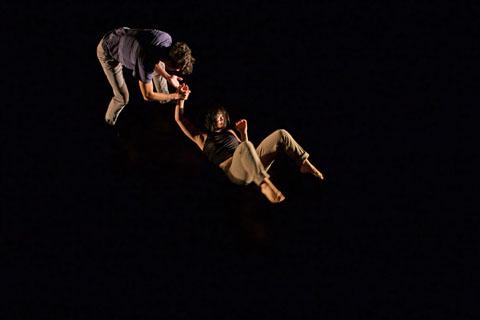 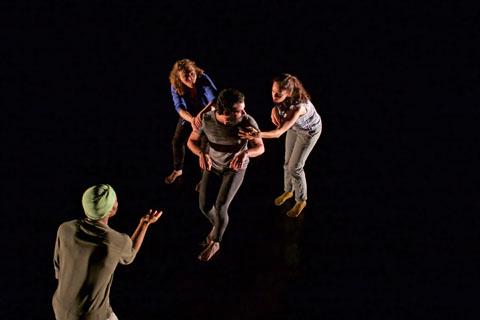 Rooming House begins with an intimate conversation among friends, slipping easily between Spanish and English, as they recall stories of people who’ve taken actions with potentially devastating costs. When the myth of Orpheus and Eurydice is mentioned, varied interpretations propel the group into a physically and psychologically complex game of whodunit, taking them down a rabbit hole into the lives of everyday people who do extraordinary things—from life endangering rescues, to defecting from Cuba, to letting go of someone you love.

Rooming House in the studio! from Lucky Plush Productions on Vimeo.

In Rooming House, the myth and game structure offer familiar anchors that allow the audience to form expectations, which then can be broken as performers follow their idiosyncratic preoccupations and wrestle with the conditions of the performance – often being a source of comedy and delight for the audience.

“Lucky Plush Productions deeply values creating a welcoming relationship between stage and audience, delivering relatable content without compromising complexity. Steppenwolf’s 1700 Theatre is an ideal venue to create this intimate relationship, and we are incredibly excited to being one of the first dance events on its intimate stage as part of Steppenwolf’s LookOut series,” said Lucky Plush Artistic Director and Rooming House co-creator Julia Rhoads. 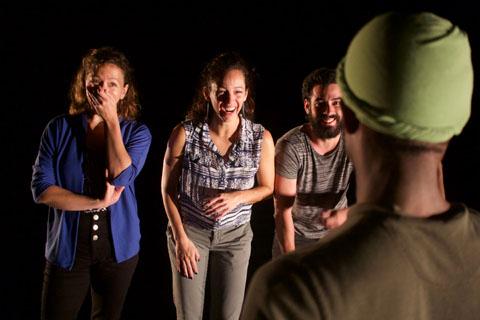 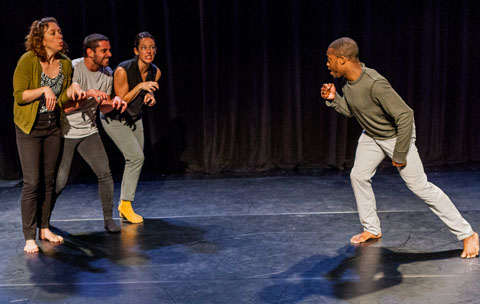 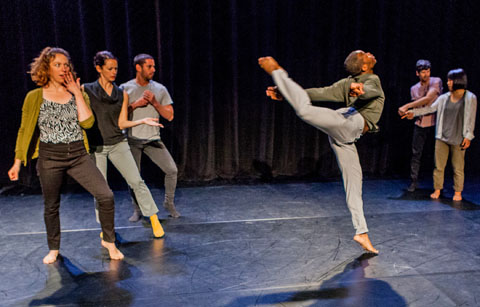 
The 1700 Theatre, 1700 N. Halsted St., Chicago, is Steppenwolf’s casual, intimate and flexible 80-seat space dedicated to showcasing the work of its ensemble and local companies like Lucky Plush. It is located immediately behind Front Bar: Coffee and Drinks, the company’s 2,500 square ft. café & bar.

The debut of Rooming House at Steppenwolf’s 1700 Theatre is part of LookOut, Steppenwolf’s new multi-genre performance series, presenting a wide variety of genres and shows, from dance to live music to spoken word and beyond, from a diverse array of voices, emerging and established alike. For more information, visit Steppenwolf.com/lookout. 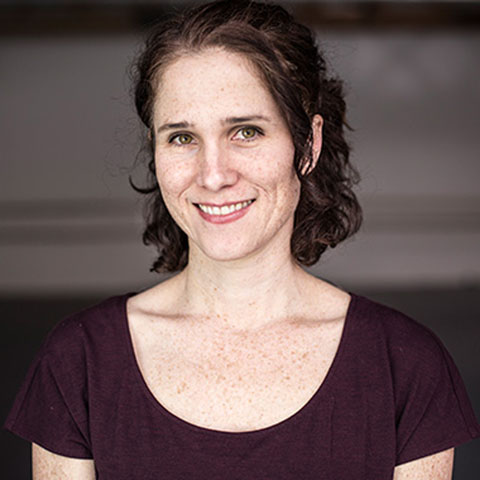 Julia Rhoads is the founding artistic director of Lucky Plush Productions. She has created more than 25 original works for Lucky Plush, several of which have toured extensively throughout the U.S. Additional choreography credits include Hubbard Street Dance Chicago, Steppenwolf Theatre, Lookingglass Theatre, Walkabout Theater, Redmoon and River North Dance Chicago, among others. Rhoads is the recipient of an Alpert Award in Dance, a fellowship from the Maggie Allesee National Center for Choreography, a Chicago Dancemakers Forum lab award, a Cliff Dwellers Foundation choreography award, two Illinois Arts Council choreography fellowships, a Jacob K. Javits fellowship for graduate studies, and a 2014 Fractured Atlas Arts Entrepreneurship Award for spearheading Creative Partners, an innovative nonprofit financial model shared by Lucky Plush Productions, Eighth Blackbird and Blair Thomas & Company. Rhoads is a former member of San Francisco Ballet and ensemble member of XSIGHT! Performance Group. She received her BA in History from Northwestern University, her MFA in Performance from the School of the Art Institute of Chicago, and she has taught in the dance and theater programs of several Chicago-area colleges and universities. She is currently a part-time lecturer and dance advisor at the University of Chicago’s Department of Theater and Performance Studies. 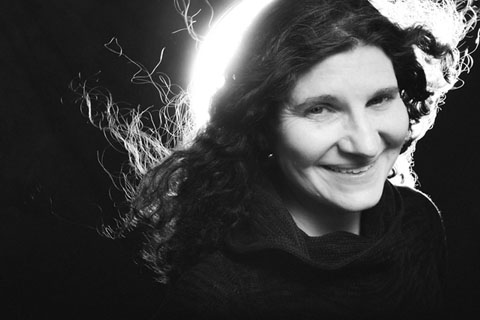 Leslie Buxbaum Danzig is a collaborating director with Julia Rhoads/Lucky Plush Productions, where she co-created The Better Half and The Queue and is currently working on Rooming House. For over a decade, Danzig was co-founder and resident director of the Chicago-based physical theater company 500 Clown, whose shows (Macbeth, Frankenstein, Christmas and Elephant Deal) performed in Chicago at venues including Steppenwolf Theatre Company and Lookingglass Theatre, and toured throughout the U.S. Other directing credits include Quest at The Actors Gymnasium; Wild Sound, composed by Wilco’s Glenn Kotche for Third Coast Percussion, with performances at MCA Chicago, Metropolitan Museum of Art (NYC), National Forum of Music (Wroclaw), and De Doelen (Rotterdam); Damon Kiely's The Revel with the House Theatre; Redmoon's The Elephant and the Whale with Chicago Children's Theater (with Frank Maugeri); Redmoon’s Hunchback at New Victory Theater (NYC); and Float with About Face Theater. Prior to turning to directing, she toured nationally and internationally as an actor with NYC’s Elevator Repair Service. Danzig is Assistant Professor of Practice in Theater and Performance Studies, University of Chicago. She received her BA from Brown University and PhD in Performance Studies from Northwestern University, and trained in physical theater at Écoles Jacques Lecoq and Philippe Gaulier. Upcoming projects include creating an original circus-theater production and stage directing Paddle to the Sea with Third Coast Percussion.

Now entering its 18th season, Lucky Plush Productions (LuckyPlush.com) is a Chicago-based dance theater company led by founder and artistic director Julia Rhoads. Lucky Plush is committed to provoking and supporting an immediacy of presence – a palpable liveness – shared by performers in real-time with audiences. A unique hybrid of high-level dance and theater, Lucky Plush’s work is well-known for carefully crafting dramatic and rhythmic arcs, pushing its artists to move beyond the predictable by earning the exciting slippage between – and surprising coherence of – pedestrian action, realistic dialogue, abstract choreography and humor. Though rigorously composed, much of the company’s work feels like it is generated spontaneously.

Since its founding in 2000, Lucky Plush has created 30 original dance-theater works including 12 evening-length productions. In addition to regularly performing in Chicago, the company has presented in over 40 US cities from Maine to Hawaii, and its international partners span from New Zealand to Cuba. Commissioners include the Harris Theater for Music and Dance, Krannert Center at the University of Illinois, Flynn Center for the Performing Arts (VT), Links Hall Chicago, Clarice Smith Performing Arts Center (MD) and Museum of Contemporary Art Chicago. Lucky Plush has also collaborated with Lookingglass Theatre, Redmoon, Walkabout Theater and M5.

Press features include the Boston Globe's "10 Best Dance Performances of 2013," Chicago Public Radio's "Best of 2011"; the Chicago Reader's "Best of Chicago 2010"; Time Out Chicago's "The Decade's 10 Best Original Dance Works"; the Chicago Tribune's "Best of Dance 2008"; Chicago Sun Times' "Lasting memories in Dance" for 2005 and 2007, and a Time Out Chicago cover story "5 reasons to love dance in Chicago," among others.

Posted by Bonnie Kenaz-Mara at 11:41 AM No comments: