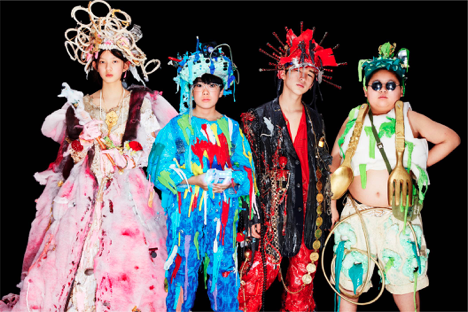 The Virtual Cinema experience was created to assist temporarily closed and gradually reopening independent theaters. By purchasing a “ticket,” you’ll be directly supporting Music Box Theatre, as all revenue is being shared between distributor and exhibitor just as if you bought your ticket at the theater’s box office.

For information on rentals, click here: https://musicboxtheatre.com/films/we-are-little-zombies
(The Virtual Cinema Link will be live on July 10.)

“A rainbow-colored scream into the abyss...One of the most exciting premieres at Sundance 2019.” — New York Magazine


About WE ARE LITTLE ZOMBIES:
When four young orphans—Hikari, Ikuko, Ishi, and Takemura—first meet, their parents’ bodies are being turned into dust, like fine Parmesan atop a plate of spaghetti Bolognese, and yet none of them can shed a tear. They are like zombies; devoid of all emotion. With no family, no future, no dreams, and no way to move forward, the young teens decide that the first level of this new existence involves salvaging a gaming console, an old electric bass, and a charred wok from their former homes—just enough to start a band and then conquer the world. Tragedy, comedy, music, social criticism, and teenage angst are all subsumed in this eccentric cinematic tsunami.

Pricing & Scheduling:
Rentals are $12, and are good for 72 hours. Your purchase will go toward supporting Music Box Theatre during our gradual reopening.


About Music Box Theatre:
Operating since 1929, the Music Box Theatre has been the premier venue in Chicago for independent and foreign films for more than three decades, playing host to over 200,000 patrons annually. It currently has the largest theater space operated full time in the city. The Music Box Theatre is independently owned and operated by the Southport Music Box Corporation. SMBC, through its Music Box Films division, also distributes foreign and independent films in the theatrical, DVD, and television markets throughout the United States.

Posted by Bonnie Kenaz-Mara at 7:25 AM No comments: