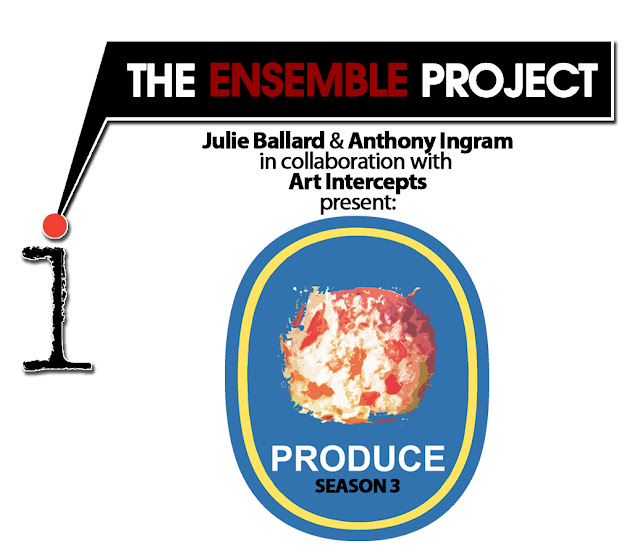 Returning for a Third Season of Artistic Mixing and Matching
at Signal Ensemble Theatre July 26-27 and Aug 9-10, 2013

WHAT:   The Ensemble Project Presents PRODUCE: a multi-arts experiment in four parts

The Ensemble Project and Signal Ensemble Theatre’s Julie Ballard and Anthony Ingram present PRODUCE for its third season in collaboration with Lauren Warnecke / Art Intercepts. Selected by Time Out Chicago as one of the top dance performances of 2012, PRODUCE is a multi-disciplinary lab for sound and movement artists to play with their work, and with the traditional audience format. Selected artists are “mashed” together in various combinations and conditions over four consecutive performances.

Throughout each performance and the series, the audience has an opportunity to provide real-time feedback, ask questions, figure out what experimental performance is and how it works, and help to inform the next phase of the performance (the substance of which is largely decided in the moment). Artists and audience alike witness the deconstruction and regeneration of existing works thrust into unforeseen territories as dictated by co-hosts Lauren Warnecke and Signal Ensemble member Anthony Ingram.

With this change in venue come increased support, possibilities, and production value, as well as a new performance structure.  Instead of four single weekly performances, Season 3 of PRODUCE consists Friday and Saturday performances two weeks apart. 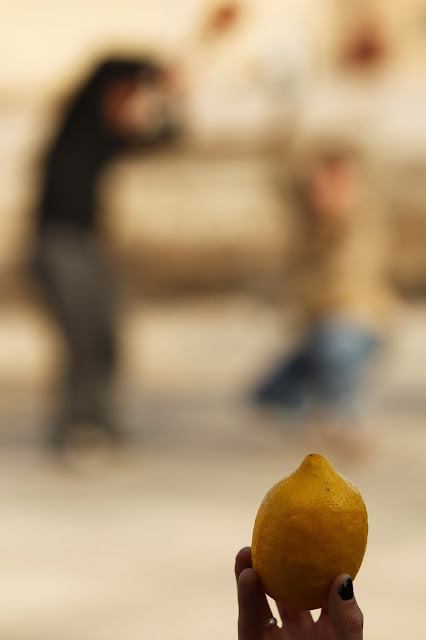 SOUND AND MUSIC ARTIST BIOGRAPHIES:
Mark Hardy / Celestial Architecture: Mark Hardy is a musician, composer and artist currently living in Chicago. His music has been performed by the Cuarteto Latinoamericano, the Butchershop Quartet, and other ensembles around the world.  Painting and drawing has always been a passion for him concurrent to music writing, and his graphic scores for improvisation that merge these two disciplines. Celestial Architecture is a group with revolving members assembled to perform “Constellations.”
Michael Zerang of McCurdy/Zerang: Michael Zerang has been a professional musician, composer, and producer since 1976, focusing extensively on improvised music, free jazz, contemporary composition, puppet theater, experimental theater, and international musical forms. As a percussionist and composer, Michael has over eighty titles in his discography and has toured nationally and internationally to 34 countries since 1981, and works with and ever-widening pool of collaborators.
Country Death Trip, Staring Barry Thaded and The Deacon: Country Death Trip hit the road, the Summer of ’72 – the year of the Rat. Touring the backwaters of Terrebonne Parish, LA – raising hell and saving babies – they were eventually run out of the state by peckerwood Sheriff Allan T. Complain… for honin in on his territory. Since then, CDT has circled the world 5 times (not necessarily in that order) sleeping on the sofas of adoring jailbait – and occasionally wedged between the Pepsi machine. At one point they were to open for the Residents, but were dropped from the roster when Randy’s eyeball went missing. Today, the Trip recaptures its long lost youth, playing prom dates, quinceañeras, and the occasional bris.
MOVEMENT AND DANCE ARTIST BIOGRAPHIES:
The Nexus Project (Michel Rodriguez Cintra and Benjamin Holliday Wardell): The Nexus Project is a complex choreographic collaboration in which twelve Chicago-based choreographers from a wide range of dance backgrounds each had twelve hours to choreograph a duet on the two of us. Now, we are breaking all the duets apart and remixing them to create a unique choreographic vocabulary out of strictly nothing but the original choreographers’ movements.  This vocabulary will comprise the movement for an evening of storytelling in November 2013.
Carole McCurdy of McCurdy and Zerang: Carole McCurdy has performed at spaces including the Chicago Cultural Center, Epiphany Dance, Links Hall, Hamlin Park, High Concept Laboratories, Movement Research (NY), and Defibrillator Gallery. She has created solo performance pieces and work for ensemble, danced in butoh pieces with Nicole Legette’s Blushing Poppy, and worked with a talented array of Chicago improvisers and devisers.
crawlspace (Lydia Feuerhelm): Lydia Feuerhelm is currently pursuing a Bachelor of Arts Degree in Dance at Columbia College Chicago and plans to graduate in the Spring of 2014. Her choreographic and improvisational work has been presented  at various events including The Dance Repertory Company, The American College Dance Festival Association, Manifest Urban Arts Festival, WedLocal, and Chicago Art Institute’s After Dark.  Her recent performance credits include works by Charlotte Kahler, Alexa Rittichier, and Andy Slavin. Besides investigating movement, Feuerhelm has a keen interest in exploring dance for camera and multi-media collaborations.
“hey girl hey omg girl real life” (Heather Marie Vernon and Darling Shear): We want a lot of things to happen we want to make people aware of their surroundings, what they say, how they move, how they interact with each other and the world around them.  We want them to be playful with what happens when we do push those boundaries and navigate those bordered spaces. We want people to figure out what and who they are – like a bird who makes her nest based on the circumference of her wingspan and what’s around her.

Newman and Newman: Cara and Julia Newman have been dancing together for over two decades. Cara Newman received her BFA in Dance from the University of Illinois at Urbana-Champaign in 2011 and has been making work and performing in Chicago since then. Her work has been performed at Links Hall, the Fasseas White Box, and the ATTIC.  Cara began collaborating with her sister Julia Newman recently in an effort to investigate the quality of movement and references made as a result of two sisters creating work together. Julia Newman received her training at the Dance Centre in Lombard, IL and is currently a nursing student at Loyola University.  Cara and Julia would like to thank their parents for creating quite the duo.

ABOUT THE PRODUCERS:
Lauren Warnecke / Art Intercepts is a Chicago-based dance artist, writer, and educator. She trained in classical ballet and modern dance, earning a BA at Columbia College Chicago. Lauren completed an MS in Kinesiology from the University of Illinois at Chicago, where she is a full-time Clinical Instructor and Certified Personal Trainer (American College of Sports Medicine). Created in 2009 as a platform for dance-based discourse, Lauren owns and operates Art Intercepts. She is a contributing author/blogger at Dance Advantage, SeeChicagoDance, 4dancers, The L Stop, and the Huffington Post.  Lauren also freelances as a choreographer, grant writer, and production/stage manager, and enjoys baking scones and digging in the dirt.

Julie E. Ballard is a Chicago-based lighting designer, photographer, production/stage manager and sound/media designer.  She worked as the Lighting Director at the Dance Center of Columbia College for nearly 8 years, and is owner/operator of Overlap Lighting Productions.  As an independent, freelance artist, Ms. Ballard is an Artistic Associate with Signal Ensemble Theatre and Unnatural Spaces, as well as Technical Director for The Seldoms, Same Planet/Different World, and Deeply Rooted Dance Theatre.  Ms. Ballard has been a part of numerous festivals as well as American Dance Festival, and has toured nationally and internationally with David Dorfman Dance and The Seldoms.  Some of her favorite theatre designs include Cabaret (University of Florida), 1776 (Signal Ensemble Theatre) and I Sing (Whitehorse Theatre).  Ms. Ballard holds a BA in Theater, and earned her MFA in Lighting Design from the University of Florida. www.overlaplighting.com

Anthony Ingram is in his eighth season as an ensemble member with Signal.  His sound designs with the company include Princes of Waco, Hostage Song, Motion, East of Berlin/The Russian Play, Aces, Aftermath, The Ballad of the Sad Cafe, The Prime of Miss Jean Brodie, Six Degrees of Separation, The Birthday Party, Old Wicked Songs, Fool for Love, Hamlet, The Weir, Closer, The Dumb Waiter and The Zoo Story, She Stoops to Conquer and Seascape. He has stage-managed prior Signal Ensemble productions including Catch-22 and the original run of Waiting for Godot,  performed as Lucky in the remount of Godot, and directed Accidental Death of an Anarchist. He has been building, designing, performing in, directing and stage-managing productions in the Chicagoland area since his arrival in 2002. His other recent sound designs include Lifeline’s Click, Clack, Moo: Cows That Type, The Factory’s Dead Wrong, Right Brain Project’s And They Put Handcuffs On The Flowers, Shattered Globe’s The Little Foxes, and Bailiwick’s Thrill Me.

ABOUT THE ENSEMBLE PROJECT:
Signal’s mission speaks to our commitment to challenge and support our distinguished ensemble in their artistic growth.  The season of shows provides opportunities to grow as an ensemble within the framework of the company’s vision, but we recognize our artists’ potential as individuals outside of that as well.

The Ensemble Project has been created to provide our ensemble members and associates with an outlet for their individual projects.  These are not limited to the theatrical medium and can be proposed at any time.  Upon approval, Signal provides the space, certain marketing opportunities and other help, which is determines on a case-by-case basis.  The individual is the primary producer on this venture and assumes the remaining production responsibilities.


For more information, visit http://www.signalensemble.com
Posted by Bonnie Kenaz-Mara at 1:42 PM No comments: