This Tony Award-winning dark comedy is set in the provincial Irish town of Leenane. Forty-year-old spinster Maureen Folan lives with her manipulative aging mother Mag, stuck in a caretaking relationship that has them both seething with resentment. When a romantic encounter finally sparks Maureen’s hopes for an escape from her dreary existence, Mag’s interference sets in motion a chain of events that is as tragically funny as it is terrifying.

“I find Martin McDonagh’s sense of humor adolescent and amusing; I love his ability to shock for shock's sake, and I relate to his quirky characters built on a landscape of loneliness and isolation. From the fable like period piece of The Cripple of Inishmaan, through the Leenane trilogy with a side trip to the gory Lieutenant of Inishmore, he has remained true to his own stylistic voice,” comments BJ Jones. “My attraction to The Beauty Queen of Leenane is McDonagh's style: theatrical fireworks that light up a dark landscape and reveal even darker crevices, much like the Burren region of western Ireland. So many of his works echo Synge, Beckett, and in more modern synchronicity Tarantino and even Letts. With the gifted artists Kate Fry and Wendy Robie, I take on this overdue date with McDonagh's seminal masterpiece.”

Northlight’s production of The Beauty Queen of Leenane is supported in part by Freddi Greenberg and Dan Pinkert, The Elizabeth F. Cheney Foundation, and Tom Stringer Design Partners.


The Beauty Queen of Leenane is the first play in playwright Martin McDonagh’s trilogy set in Leenane, a small village on the west coast of Ireland where he spent his holidays as a child. The other two parts of the trilogy are A Skull in Connemara and The Lonesome West. A second trilogy is set across the Aran Islands, off the coast of County Galway, and includes The Cripple of Inishmaan, The Lieutenant of Inishmore and The Banshees of Inisheer, which was never published.

ABOUT THE ARTISTS
Martin McDonagh (Playwright) is an award-winning writer/director. His latest film is Three Billboards Outside of Ebbing, Missouri. Plays: The Beauty Queen of Leenane, A Skull in Connemara, The Lonesome West, The Lieutenant of Inishmore, The Cripple of Inishmaan, The Pillowman, A Behanding in Spokane, Hangmen. As writer/director: Three Billboards Outside of Ebbing, Missouri; Seven Psychopaths; In Bruges; Six Shooter (short film).


Playwright, screenwriter, and director Martin McDonagh is among the most acclaimed living playwrights in Ireland. He won the Academy Award for Best Live Action Short Film for Six Shooter and was nominated for Best Original Screenplay for In Bruges. His most recent film Three Billboards Outside Ebbing, Missouri has been nominated for seven Academy Awards, including Original Screenplay. The film also was nominated for nine BAFTA Awards (winning five including Best Screenplay, Film and Outstanding British Film of the Year) and six Golden Globe Awards (winning four including Best Screenplay).

BJ Jones (Director) is in his 20th season as Artistic Director of Northlight where he commissioned and directed the world premieres of Faceless, Charm, White Guy on the Bus,  Stella & Lou, The Outgoing Tide (Jeff Nomination – Best Director), Better Late, and Rounding Third. Notably he has directed productions of Outside Mullingar, Grey Gardens, The Price (Jeff Nomination- Best Director), A Skull in Connemara, The Cripple of Inishmaan, and The Lieutenant of Inishmore. As a producer he has guided the world premieres of Shining Lives, The Last Five Years, The Gamester, and Studs Terkel’s ‘The Good War’. From Second City to Shakespeare, BJ has directed Pitmen Painters (Jeff Nomination – Best Director, TimeLine), A Number (Next), 100 Saints You Should Know (Steppenwolf), and The Dresser (Body Politic). Regional: Glengarry Glen Ross (Suzie Bass Nominee – Best Director, Atlanta’s Alliance Theatre), Enchanted April (Asolo Theatre), and productions at Cherry Lane Theatre NY, Galway Arts Festival, Baltimore Center Stage, and Utah Shakespeare Festival. As a performer, Mr. Jones is a two-time Joseph Jefferson Award winner and has appeared at Northlight, Goodman, Steppenwolf, Court, and other theatres throughout Chicago. Film/TV credits include The Fugitive, Body Double, Law and Order: Criminal Intent, Early Edition, Cupid, and Turks, among others.

Kate Fry (Maureen Folan) returns to Northlight, where she performed in Outside Mullingar and The Miser.  Most recently, she played Emily Dickinson in The Belle of Amherst at Court Theatre, where she has appeared in many productions over the years.  Other Chicago credits include work with Writers’ Theatre, Goodman Theatre, Chicago Shakespeare Theatre, and Victory Gardens Theatre.  She has also worked with Center Theatre Group in LA, McCarter Theatre Center in Princeton, Repertory Theatre of St. Louis, and Lincoln Center.  She is the recipient of three Joseph Jefferson awards, the local Sarah Siddons award, an After Dark award, and Chicago Magazine’s actress of the year.  Kate is married to actor/teacher Timothy Edward Kane, with whom she has two sons.

Casey Morris (Ray Dooley) is making his Northlight Theatre debut! Last fall, you may have seen Casey in the role of Mike Danver in Janine Naber's Welcome to Jesus at American Theater Company. Other Chicago theatre credits include: Ah, Wilderness! (Goodman Theatre, u/s), What of the Night? (Stage Left & Cor Theatre), Hand to God (Victory Gardens, u/s), The Grapes of Wrath (The Gift Theatre), EOM (Ignition Festival '16, Victory Gardens), Voyage (Cock and Bull), The Revel (The House Theatre of Chicago, u/s), Post Apocalypto (Sketchbook ’15, Collaboraction), In a Little World of Our Own (Irish Theatre of Chicago, u/s), and Charlotte's Web (Emerald City Theatre). Casey received his MFA from The Theatre School at DePaul University.


Wendy Robie (Mag Folan) returns to Chicago after an extended visit to the West Coast to appear in David Lynch’s Twin Peaks: The Return (Showtime) reprising her role as “Nadine Hurley.”

Wendy Robie (Mag Folan) is back in Chicago after an extended visit to the West Coast to appear in David Lynch’s Twin Peaks: The Return (Showtime) reprising her role as “Nadine Hurley.” In Chicago, Robie has appeared at Drury Lane, Chicago Dramatists, Northlight, Chicago Shakespeare, Goodman Theatre, Remy Bumppo, and Next Theatre. As a Company Member for Stratford Shakespeare Festival, Ontario, Robie played Regan in Brian Bedford’s King Lear in 2007.  Most recently in Seattle, Robie played Volumnia in the critically acclaimed all-female production of Coriolanus: Fight Like A Bitch. Film: Wes Craven’s The People Under The Stairs, Vampire In Brooklyn, The Attic Expeditions, Lost Voyage, Devil In The Flesh, The Dentist II, Were The World Mine. TV: Star Trek DS9, Any Day Now, Party Of Five, Quantum Leap, Dark Skies, C-16, Baywatch, Prophet Of Evil, A Place For Annie, and two seasons as Nadine in the original Twin Peaks.


The Beauty Queen of Leenane received its world premiere presented by the Druid Theatre Company in Galway it February 1996. It then toured Ireland and transferred to London's West End, where it opened at the Royal Court Theatre. It was nominated for an Olivier Award for Best Play.

Northlight is continuing its popular special event series in conjunction with each production. All events are free.

Backstage with BJ: The Beauty Queen of Leenane
Friday, March 9 at noon
at Northlight Theatre
9501 Skokie Boulevard, Skokie, IL
Backstage with BJ is a mid-day discussion with Artistic Director BJ Jones, featuring special guest artists, actors, directors and designers, offering behind-the-scenes insight into each production while it is still in rehearsal. Backstage with BJ for The Beauty Queen of Leenane will last approximately one hour. The event is free but reservations are required. Visit https://northlight.org/events/backstage-with-bj/ to reserve your spot.

Martin McDonagh in Theatre and Film
Tuesday April 3 at 7pm
at the Irish American Heritage Center
4626 N Knox Ave, Chicago, IL
Explore the worlds created by the brilliant mind of Martin McDonagh - from his critically acclaimed film Three Billboards Outside Ebbing Missouri to the Tony Award-winning The Beauty Queen of Leenane, we will discuss what makes McDonagh one of the most celebrated writers of his time.

Now in its 43rd season, the organization has mounted over 200 productions, including nearly 40 world premieres. Northlight has earned 202 Joseph Jefferson Award nominations and 34 Awards. As one of the area’s premier theatre companies, Northlight is a regional magnet for critical and professional acclaim, as well as talent of the highest quality. 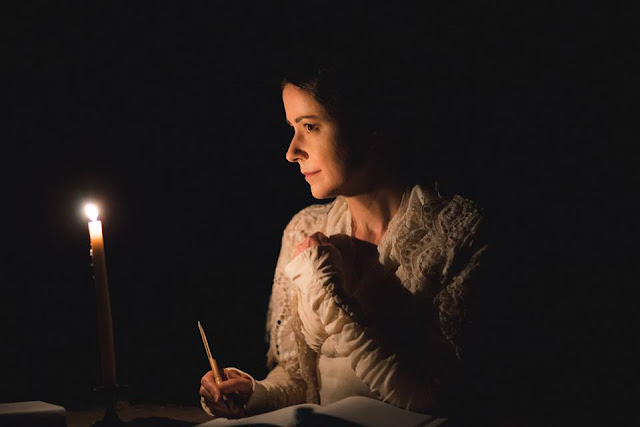 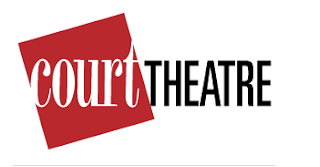