NOW PLAYING: COR THEATRE'S THE GOOD PERSON OF SZECHWAN THROUGH SEPT. 11 AT A RED ORCHID THEATRE


Posted by Bonnie Kenaz-Mara at 3:41 PM No comments:

Email ThisBlogThis!Share to TwitterShare to FacebookShare to Pinterest
Labels: A Red Orchid Theatre, Cor Theatre, now playing, shows on our radar, The Good Person of Szechwan

"Our theater must stimulate a desire for understanding,
a delight in changing reality."
~Bertolt Brecht

Cor Theatre, the bold new Chicago storefront company hailed for "Most Promising Debut" last season by Time Out Chicago, continues its 2016 season with a scorching new production of Bertolt Brecht's The Good Person of Szechwan.

Cor company member Ernie Nolan directs Tony Kushner's translation of Brecht's popular parable of good and evil. Fellow Cor ensemble member Will Von Vogt plays the title role of the good hearted prostitute, Shen Te, just one example of non-traditional, color and gender-blind casting in what promises to be one of the most talked about Chicago theater offerings this summer.

In The Good Person of Szechwan, three gods are on a journey to find out if there are any good people left on earth. Only Shen Te, a kind and generous prostitute, offers them shelter. With the money they give her she opens a tobacco shop. At once everyone needs her help. Her livelihood is in danger. Worse, she is falling in love with Sun, a pilot, who is robbing her blind. Her hard hearted cousin, Shui Ta, arrives to protect her. Who is he and how can good people stay good in a world of poverty and cruelty?

Cor's epic production is set in a multicultural, urban environment on the brink of change, much like Chicago. Infused with hot hip hop beats, Cor's new "Brecht meets Empire" take on Good Person will remind audiences that Brecht was not only one of the greatest theatrical thinkers of the last century, but entertainers as well.

"Brecht's brilliant play, which grapples with themes of income and gender inequality, poverty and urban decay, seems just as relevant today, if not more so, than it did when he completed it in 1940," said director Ernie Nolan. "As the nation debates issues of sex and gender identity, as our presidential race is speeding up, and with our presidential candidates asking us to consider why they are 'good' for the job, Good Person examines Shen Te's struggle to be 'good' in a world where goodness isn't exactly in demand."

The Good Person of Szechwan, Brecht's parable of good and evil,
was first performed in 1943 and remains one of his
most frequently produced plays worldwide.

Performances of Cor Theatre's The Good Person of Szechwan are August 11-September 11, 2016 at A Red Orchid Theatre, 1531 N. Wells Street in Chicago's Old Town neighborhood. Previews are Thursday through Saturday, August 11-13, at 7:30 pm.

Gala opening is Monday, August 15 at 7:30 p.m. Gala opening tickets are $75 and include a pre-show reception with food and cocktails, the show and a champagne toast with the cast and crew after the performance.

Ernie Nolan is an award winning director and playwright who received the Illinois Theatre Association's 2014 award for Excellence in Theatre for Young Audiences. He is a company member of Cor Theatre and last year he directed Love and Human Remains which New City named one of the "Top Five Dramas of 2015." For Chicago Playworks he has directed The BFG, The Giver, The Witches, A Wrinkle in Time, Number the Stars, and The Day John Henry Came to School. His work at The Broadway Playhouse includes A Charlie Brown Christmas, Fancy Nancy The Musical, Pinkalicious, The Cat in the Hat, Cinderella, Charlotte's Web and the world premiere of Hansel and Gretel: A Wickedly Delicious Musical Treat with Justin Roberts. Nolan's playwriting has been produced nationally and at such theatres as The Coterie, First Stage, Walnut Street, Orlando Rep and Children's Theatre of Charlotte. He has written commissions for Adventure Theatre in Glen Echo, MD, La Jolla Playhouse in La Jolla, CA, The Milwaukee Zoological Society, and his latest commission, My Broken Doll, for the Institute for Holocaust Education and The Circle Theatre in Omaha, Nebraska. Also a resident artist of The Coterie Theatre in Kansas City, MO, he has directed and choreographed world premieres by such Tony­-nominated artists as Willy and Rob Reale, Stephen Schwartz, Stephen Flaherty and Lynn Ahrens, and Bill Russell and Henry Krieger Nolan is an Assistant Professor of Theatre Studies at The Theatre School at DePaul University as well as the Vice President of Theatre for Young Audiences USA. He is a graduate of both the University of Michigan Musical Theatre Program (BFA Musical Theatre) and The Theatre School at DePaul University (MFA Directing).

Will Von Vogt (Shen Te) is an ensemble member at Cor, where he co-starred earlier this season in Christina, The Girl King, and in last season's A Map of Virtue. Other credits include The Other Theatre Company's revival of Bent, along with Romeo and Juliet, The Heidi Chronicles, Blur, The Altruists, Empire Falls (HBO), Google Me Love (produced by the Wachowskis) and serving on the producing team of Salonathon.

Tony Kushner (translator) is the Pulitzer Prize winning playwright, screenwriter, and author whose works have played everywhere from Broadway to HBO. His play Angels in America earned him the Pulitzer Prize, among many other awards. His other acclaimed plays include Slavs, Homebody/Kabul and Caroline, or Change.

German playwright, poet and director Bertolt Brecht (playwright, 1898-1956) established himself as a playwright during the 1920s and early 1930s with plays such as Baal, Man is Man, The Threepenny Opera and The Mother. In 1933, as Hitler came to power in Germany, he fled to Scandinavia before settling in the U.S. During the war years, he wrote many of his best known plays including The Life of Galileo, The Caucasian Chalk Circle, Mother Courage and Her Children and The Resistible Rise of Arturo Ui. 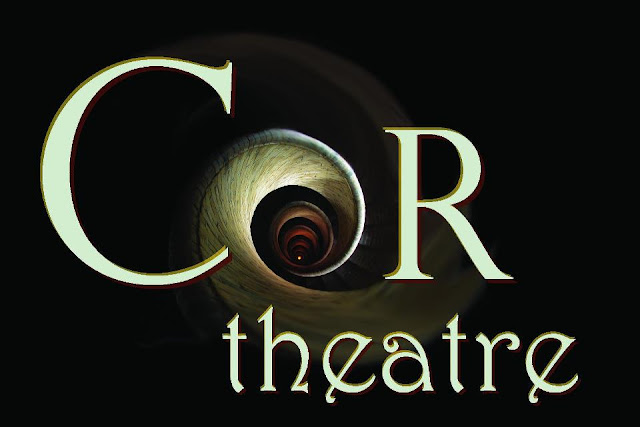 About Cor Theatre
Cor Theatre (cortheatre.org) debuted in September 2012 with a vision to create theatrical experiences that are rarely presented in Chicago by artists who seek to defy expectation. Cor's mission is to explore the inner truth of the human experience through storytelling that defies convention, and to engage audiences by telling stories that take courage to tell.

Cor's first production, Skin Tight by Gary Henderson, produced by Tosha Fowler and Victoria Delorio in 2012 at A Red Orchid, was rewarded with enthusiastic audiences, critical acclaim and made just enough money to establish a not-for-profit corporation. The company subsequently named itself Cor Theatre, deriving its name from the Latin root of courage - meaning heart.

Cor's second 2015 production, Love and Human Remains, the first professional staging of Brad Fraser's controversial play in Chicago in 20 years, was directed by Ernie Nolan, played to numerous sold-out houses and was listed as one of the top plays to see by Windy City Times and New City.

To kick off its 2016 season this past spring, Cor staged a daring U.S. debut of Christina, The Girl King, Linda Gaboriau's translation of French playwright Michel Marc Bouchard's 2012 play Christine, la reine-garcon, based on the true life of the 17th century's Queen Christina of Sweden. In response, New City reiterated its praise for Cor, calling the company "trailblazing," a "gifted and brave collection of artists," adding "It is one thing to be captivated or even moved by theater. Yet, to be excited or energized are experiences far more rare. These are reactions spurred from witnessing originality and fearlessness."