ACT OUT: Look Back in Anger at Redtwist #OnSaleNow

Look Back in Anger
By John Osbourne
Directed by Jonathan Berry
Opens Saturday, May 17, at 3pm

The seminal British drama of the 20th century, Look Back in Anger, exploded onto London's post-war theatrical landscape in the midst of silly comedies and splashy musicals. It took no prisoners and gave no quarter, mercilessly skewering the leftover relics of the Edwardian class system while blazing a trail for every British dramatist who followed. In a recent Entertainment Weekly poll, it was voted #17, among the 50 Greatest Plays of the Past 100 Years.

PLAY
This is the post-war British drama that started it all, said it best, and influenced every British playwright who came after it. In the play, Jimmy Porter, a bright, educated young man of working-class roots, is railing incessantly against the status quo and the vestiges of the desiccated social strata of the Edwardian ethic. When his long-suffering, upper-middle-class wife, Alison, has had her fill of his diatribes, things explode in every direction. The teetering couple, estranged and in extremis, flanked by his best buddy and her best friend, realize that amidst the despair and anger, they have one last thing that may save their souls. This is the long-awaited revival of a post-war classic...directed by post-modern maestro, Jonathan Berry. 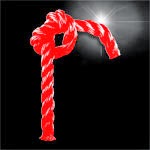 Redtwist is located at 1044 W Bryn Mawr, 2 blks W of LSD, 2 blks E of the Red Line El station. Street parking (paybox/meters until 10pm, Free on Sundays) is available on Bryn Mawr, side streets, and Broadway. Please reserve 48 hours in advance. Credit cards accepted by phone and online to guarantee seating.
Posted by Bonnie Kenaz-Mara at 7:54 PM No comments:

Email ThisBlogThis!Share to TwitterShare to FacebookShare to Pinterest
Labels: Act Out, Look Back in Anger, Redtwist Theatre, save the dates, tickets on sale now
Older Posts Home
Subscribe to: Posts (Atom)