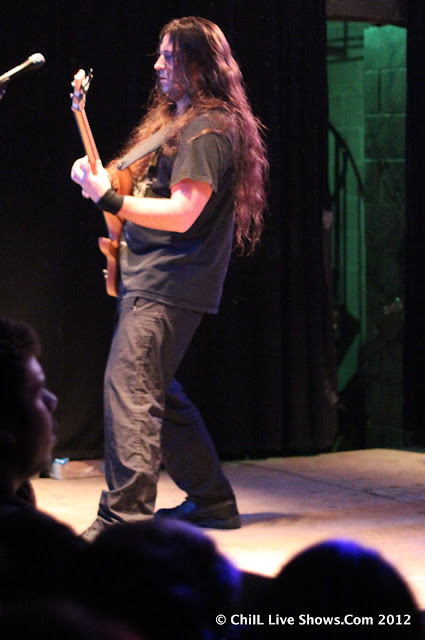 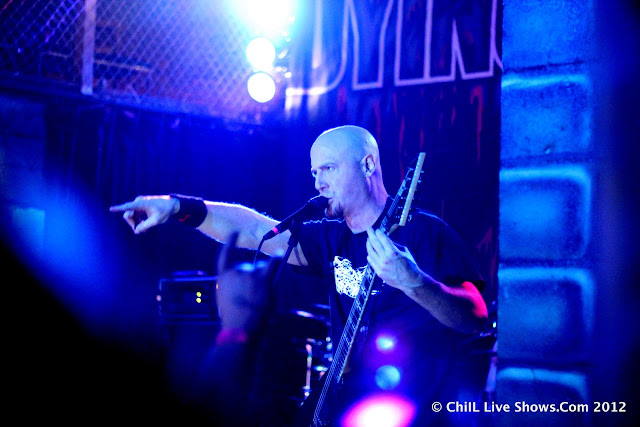 Reggie's was rockin for Death Metal Monday, when Dying Fetus came through Chi-town the 17th.   It was a cathartic, high energy show and the band did not disappoint.

DYING FETUS
Self-reliance and musical integrity are two principles which Dying Fetus have always lived by. The band formed in 1991, during the height of the death metal explosion of the early '90s, and have matured into one of the premiere extreme death metal/grind-core acts ever to come out of the massive global metal underground. The band is recognized worldwide as a prime example of songwriting perfection, combining an innovative mix of technical virtuosity and catchy song structures to create the ultimate blend of death metal, hardcore, and grindcore. Intensity unparalleled, and musical power unrivaled, they are the leaders of the new generation in extreme music. Their sounds and lyrics are a brutal response to the everyday stress and pressures of reality in our age, while also providing the ultimate escape from it. 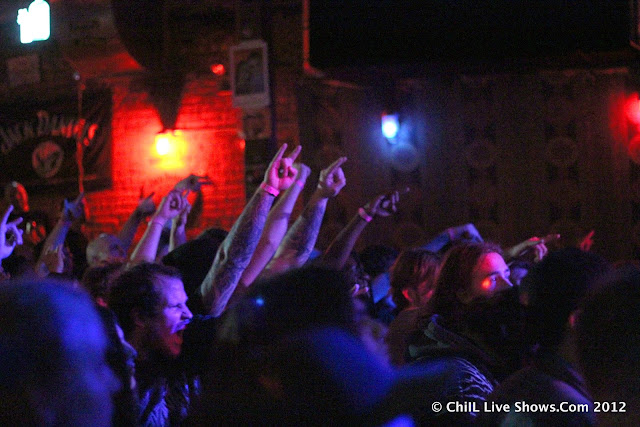 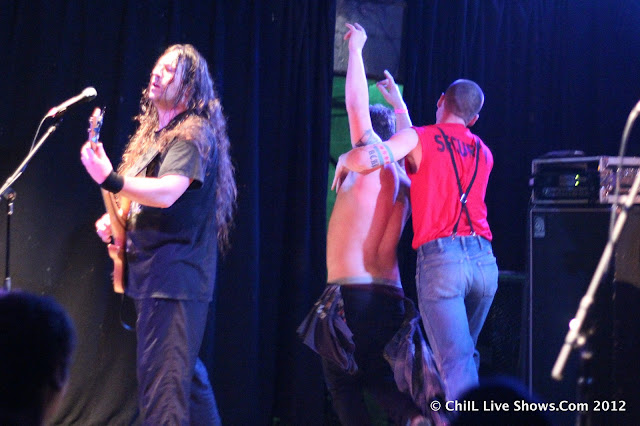 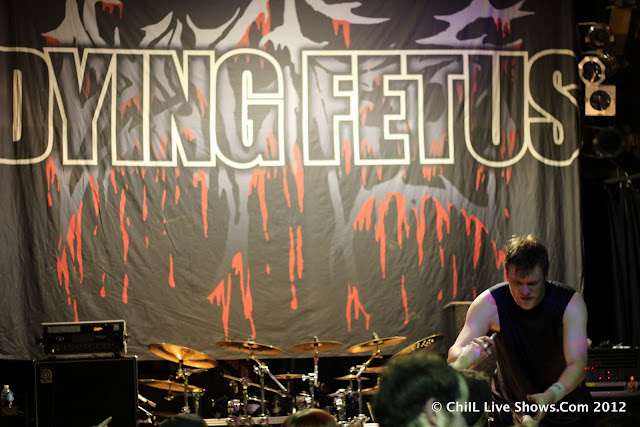 You know it's a sweet show when they hit the lights at the end and people are crawling from the pit bleeding and grinning. 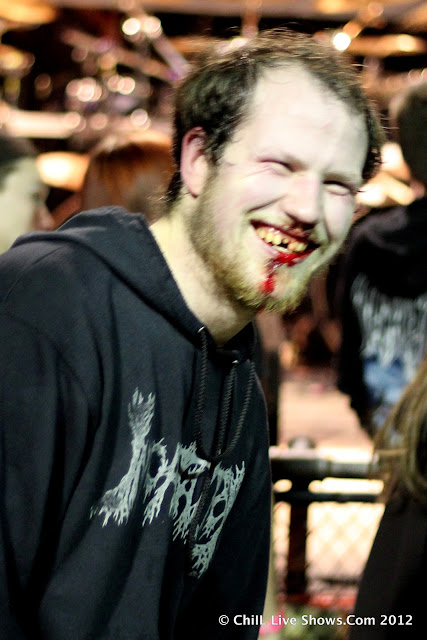 The power of blood indeed... 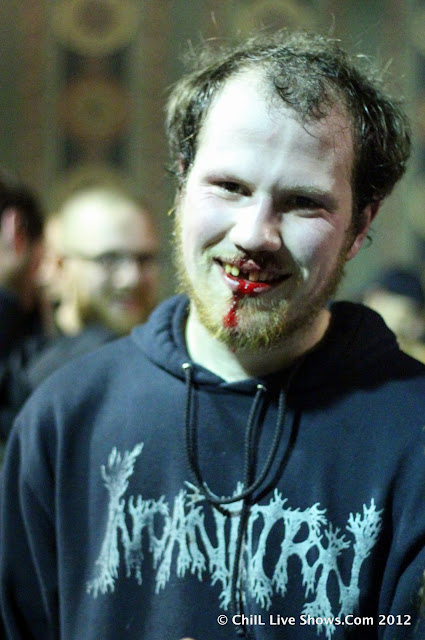 Some next gen metal maniacs were there, takin' advantage of the all ages admission and early show time. 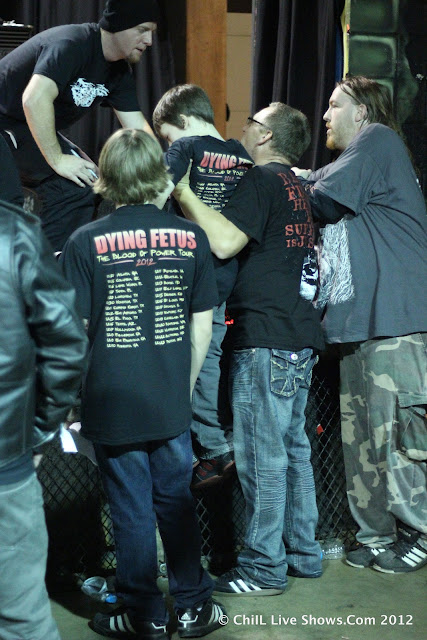 ChiIL Live Shows had a video interview set up with Dying Fetus drummer, Trey, but they bumped it up a half hour at the last minute so we had to scrap it, since we were already on a prior shoot. 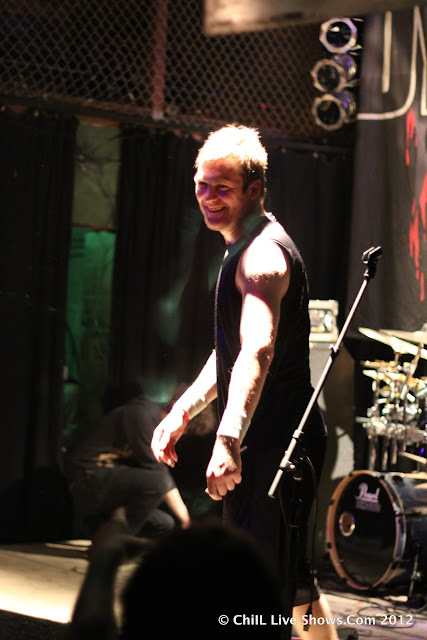 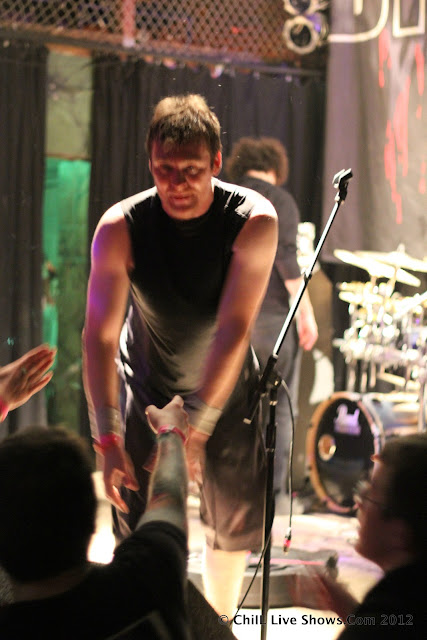 We still managed to shoot stills and we'll catch them for interviews the next time through town. 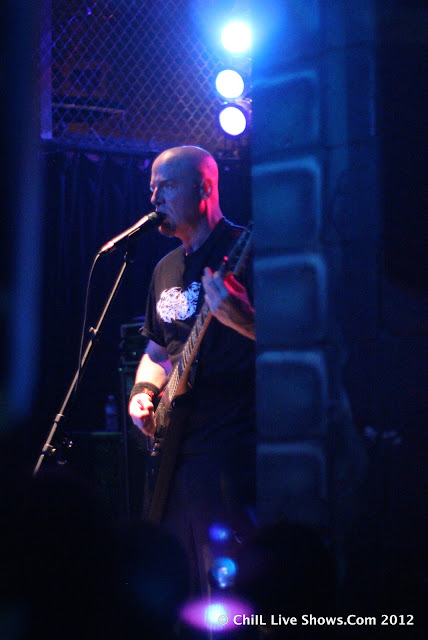 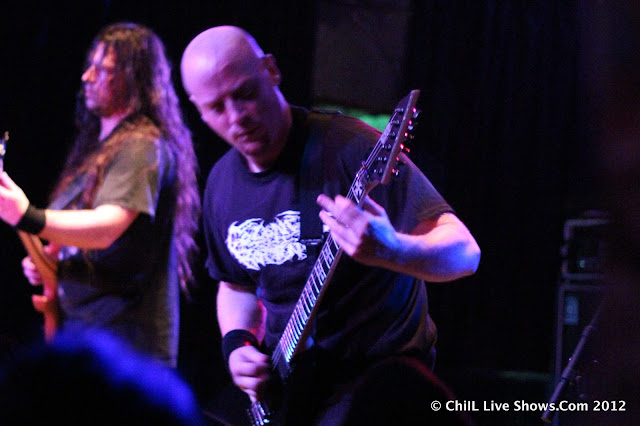 They tour pretty ruthlessly and I'm sure they'll be back around in the near future.   The band ends this headlining tour the 23rd, then they're back out again in January opening for Hatebreed.   Click here for the lineup and tour dates. 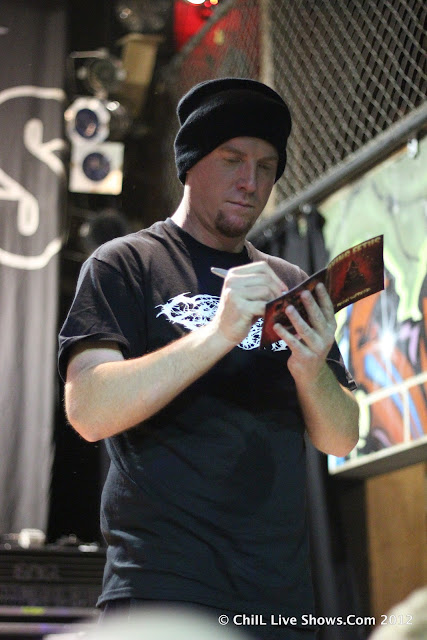 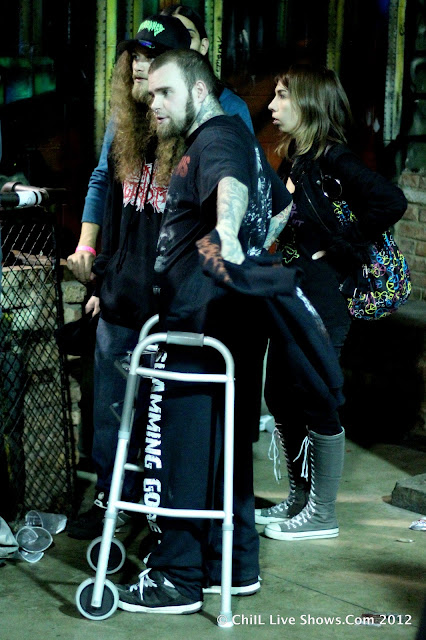 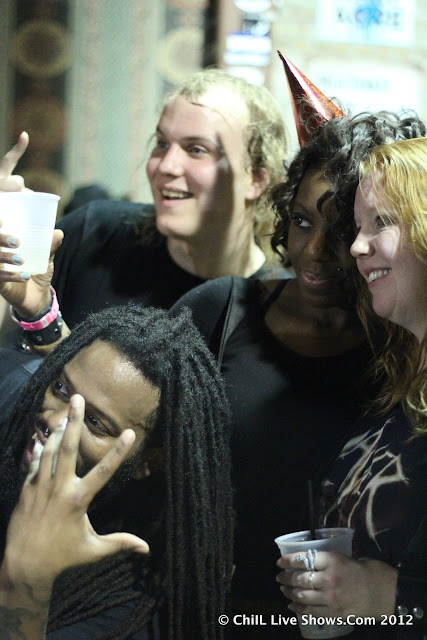 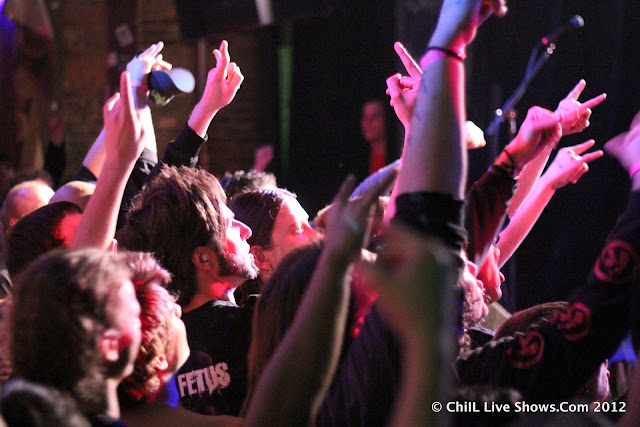 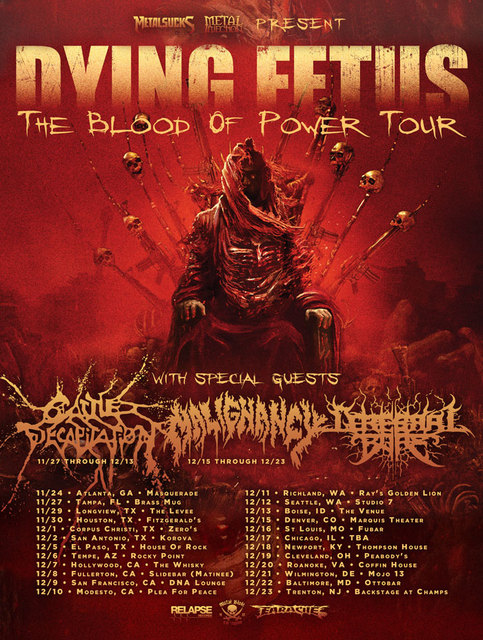