Tobin's Award-Winning Exploration of Mortality and Mystery will Make You Laugh, Ponder and Wonder 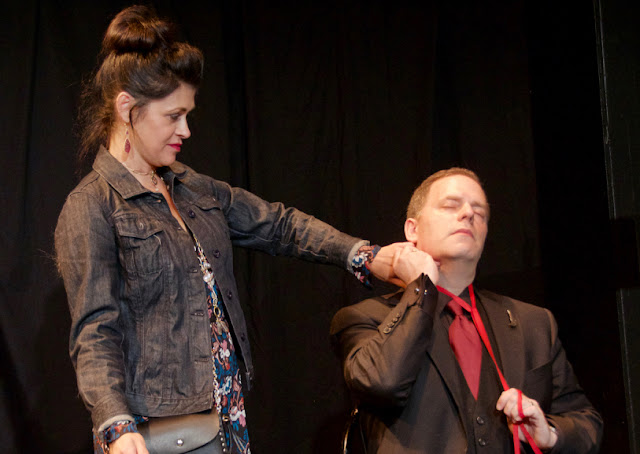 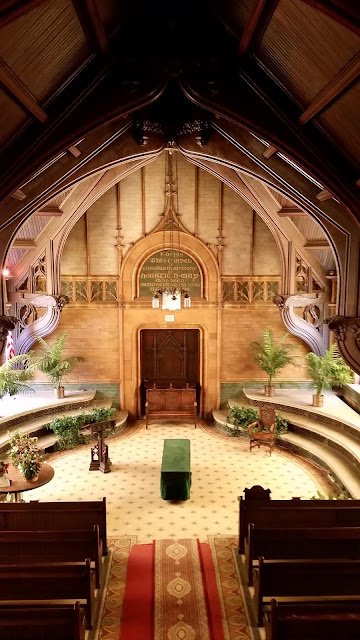 This is no horror show or cheap, spooky thrill. Tobin maintains a sophisticated tone, deftly fusing mortality and mystery into a life-affirming experience that's smart, darkly humorous, never scary and completely entertaining. According to Tobin, “this show is ultimately about the good that comes from improving our relationship with mortality.” So, though it does contain magical performance elements, this is no children's show.

Underscoring this exploration of life and death is the exceptional location: one of the most history-rich cemeteries in the nation. Rosehill Cemetery is on the National Registry of Historic Places; and its Gothic and Romanesque designed May Chapel — built in 1899 and rarely open to the public — provides a fitting setting for the proceedings. 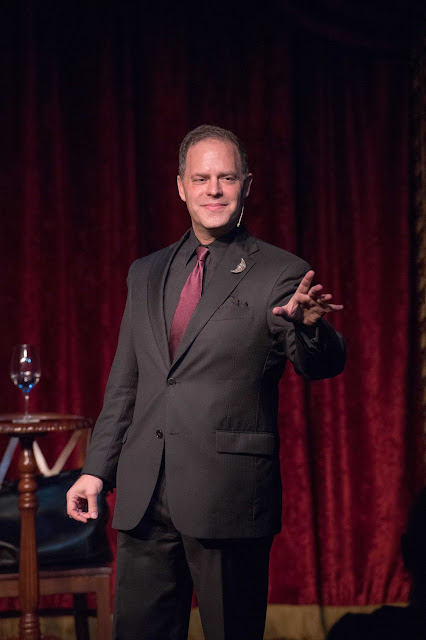 Chicago-area writer/producer/performer Neil Tobin has a long track record of employing interactive magical and psychic performance skills to involve audiences in larger narratives and serious subjects (hence the “necromancer” title). Previous shows include Palace of the Occult (Eclectic Full Contact Theatre/Prop Thtr), which immersed guests in the world of a Jewish psychic entertainer trying to survive during the rise of the Nazis in 30s Berlin, and Supernatural Chicago, another site-specific piece which ran weekly for 10 years at Chicago's reputedly haunted Excalibur nightclub.

As magic advisor for the Mercury Theater, Tobin was on the creative team for the Jeff Award-winning The Addams Family and the Jeff Award-nominated Barnum. He's also the recipient of two Presidential Citations from the Society of American Magicians, and has served on the board of directors for the Psychic Entertainers Association.

Posted by Bonnie Kenaz-Mara at 7:55 AM No comments: