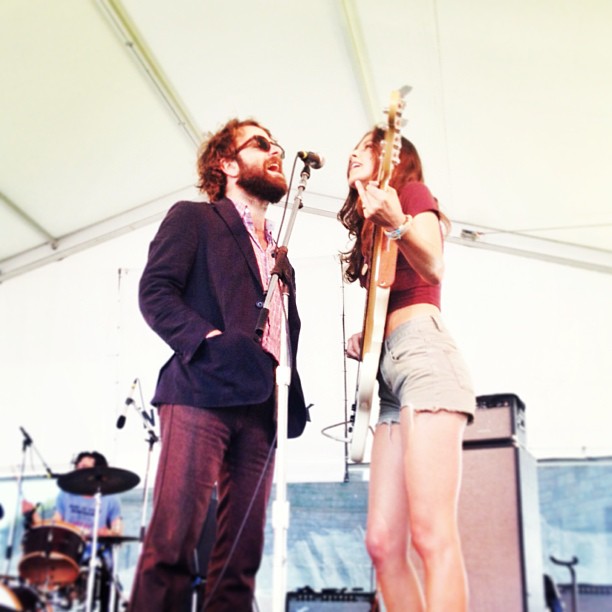 Posted by Bonnie Kenaz-Mara at 10:28 AM No comments:

Metro is rockin' this week:

Hey Chi-Town--there are a ton of great shows going on Monday, Tuesday, Friday and Saturday nights at Metro.   Why pace yourself?!

Check out their full calendar here.   First up tonight is Heartless Bastards, originally from Cincinnati.   Grimes is amazing...and sold out.   ChiIL Live Shows has done a ton of past Grimes coverage on our Facebook Page.   Like and follow us there so you don't miss out on free downloads, tour news, our original video and photo filled features and more.   The Afghan Whigs are highly recommended, too.   Saturday is sold out, but a 2nd show on Friday was added due to demand and there are still tixs to that one.

Difficult to categorize, Grimes music has been described by Tastemaker Magazine as an “alien love-child of Aphex Twin and ABBA.” Grimes herself – born Claire Boucher – explains how she mak...
[read more]

The recent reformation of The Afghan Whigs, neatly timed to hit 25 years after their first live show in 1987, promises to be a most unpredic...
[read more]


Tickets are sold out for this show, but still available for Friday's show!
WUSSY

Cincinnati peeps, don't whig out if you slacked off and didn't get tickets to this Thursday night's sold out Afghan Whigs show at Bogarts.   They'll be back again for New Years Eve.   Click here to order your tickets before they sell out again!

The Afghan Whigs are pleased to announce the addition of a special New Year's Eve performance to their upcoming tour schedule. The band will return to Bogart's in Cincinnati on Monday, December 31st with special guest Scrawl.


ChiIL Live Shows also has a free "Lovecrimes" download for you.


Sure the bulk of our band video interviews, original footage, and pit photos are in Chicago--We're Chi, IL Live Shows after all.   However, we do have a national and even international following and sometimes we take it on the road to bring you the inside look at unique venues out of Chi, IL.

Our give aways are always nationwide and our free downloads and tour dates apply world wide.
Posted by Bonnie Kenaz-Mara at 3:54 PM No comments: