Here at ChiIL Live Shows we've enjoyed MiWi's talent for years, and we're so stoked about his new solo work. Check it out!

Click here for our past original MiWi La Lupa photo features on the Broadway Fela! tour and Red Baraat including our video interview with MiWi La Lupa! 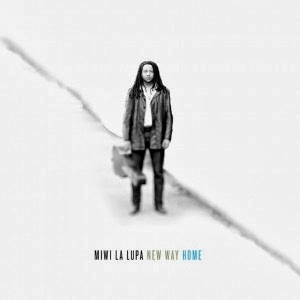 Buffalo is a place where people grow up, and a place people sadly—but understandably—end up leaving in pursuit of their dreams. And it’s Buffalo where MiWi La Lupa started his musical adventure, as so many public school kids in America do, by picking a dented, smelly old instrument off the shelf in band class and giving it a go. MiWi picked the trombone. It fit—sort of. He started a band, Thought. Then he packed his bags.

MiWi made his way east, first to Rochester and the Eastman School of Music, trading in his trombone for a bass trumpet, before, like many musicians, continuing on down the Hudson and arriving in NYC in the summer of 2005.

Once in the city things began to take off for MiWi, and he soon found himself performing with music greats like Les McCann, David Byrne, Bill Frisell, Femi Kuti, Charlie Hunter, and El-P. MiWi would also become an original member of the band Red Baraat, with whom he would go on to tour the world.

Be it the diversity of MiWi’s palate, his growth as a musician and experiences on the road, or his roots coming from a blue-collar corner of the country often passed over and left for dead by the chronologists of the musical cannon, MiWi’s endeavors were aligning, naturally, with the art of songwriting. Expression—of loss, desire, grief, forgiveness—and a growing need to examine, document, and articulate his life began to take over, and soon the seeds of MiWi’s first solo album were firmly planted.

New Way Home, MiWi’s debut album on Team Love, is the result of life taking an unexpected turn. With the help of Monica Frisell, the songs began to take shape in early 2013. As things developed, friends such as Joanna Warren, Conor Elmes, Curtis Fowlkes, Rob Jost, Mara Kaye, Natalie John, Timothy Allen, Bill Frisell, and Conor Oberst, all enthused at the sound, eagerly jumped in to lend a hand. New Way Home is a short, immediate, and catchy album, but its real magic lies in its ability to invoke a wide range of sonic diversity while not losing sight of its singular vision.

A track like “Ashes To The Wind” invokes legendary bluesman Howlin’ Wolf, while “Here I Am” positions itself neatly between singer-songwriters like Ron Sexsmith and Stuart Murdoch. The album’s songs range from playfully vengeful (“Everybody’s Fuckin’ With Me”) to sorrowfully serious (“New Moon”). MiWi’s voice is frank, his phrasing crisp, his lyrics easy to grasp yet full of twists. The songs document a season in a life, offering empathy to the listener while asking for the same in return.