ACT OUT EXTENDED: Completeness at Theater Wit Now Through May 4 #review 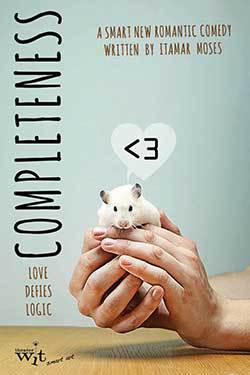 ChiIL Live Shows finally caught Completeness last Friday, and we are elated to share that their run has been extended yet again!   The reasons are exponential.  Completeness gives emotional baggage it's own algorithm!   It's laugh out loud funny, painful, poignant and real.   The actors' adept portrayal of socially awkward, brilliantly flawed lovers is a joy to watch.  Catch this must see.   If you haven't gone yet, what are you waiting for?   Go already. 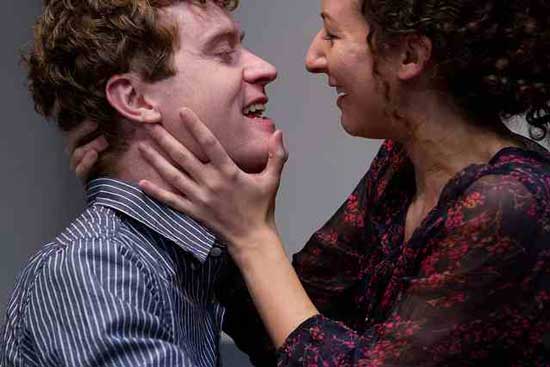 We also completely geeked out on the set design.   The simple set pieces evoke student housing while serving as a giant computer.  This provides a visual and effective emersion in modern love, loss, and exploration, from the classroom to the bedroom...through break ups and break downs. 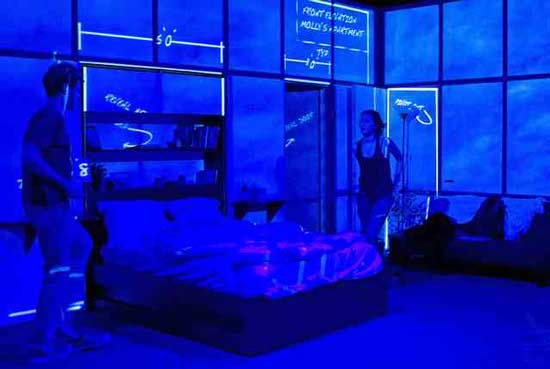 Jeff Recommended
*The designation of "Jeff Recommended" is given to a production when at least ONE ELEMENT of the show was deemed outstanding by the opening night judges of The Joseph Jefferson Awards Committee. The entire production is then eligible for nomination for awards at the end of the season.

And audiences agree, geek love is "in." Wits' easily relatable play about two brainy grad students toggling in and out of love has become a fast box office success for Theater Wit, located in the heart of Chicago's Lakeview neighborhood at 1229 W. Belmont Avenue. Performances continue Thursday, Friday and Saturday at 8 pm; and Sunday at 2 pm, through May 4. Tickets are $15-$36. For tickets and information, visit TheaterWit.org or call 773.975.8150. Note: Completeness contains adult situations and nudity. 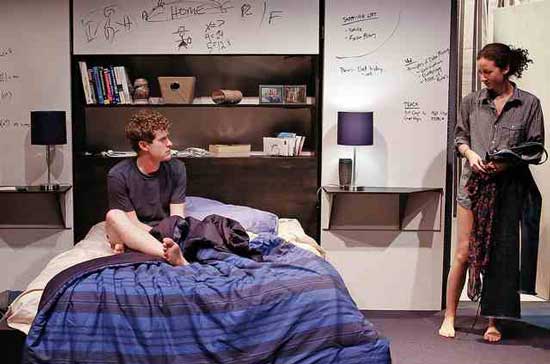 Wit's Midwest premiere of Completeness, staged by artistic director Jeremy Wechsler, features universally acclaimed performances by Matt Holzfeind as computer science grad Elliot, who discovers a cerebral, physical and mutual attraction with molecular biologist Molly, played Kristina Valada-Viars. When Elliot and Molly strike up a conversation in the university library, they agree to collaborate on a cross-departmental experiment. But while unraveling the complexities of math and science, Elliot and Molly get tangled up in each other, and the unsolvable problems of love. 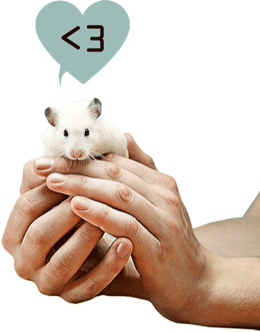 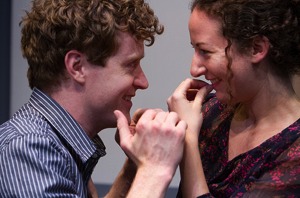 A romantic comedy so rich it can do without "I love you." Don't miss!
- Kelly Kleiman, WBEZ

A Must See! Wechsler's winning production makes for a gripping spectacle
- Centerstage Chicago 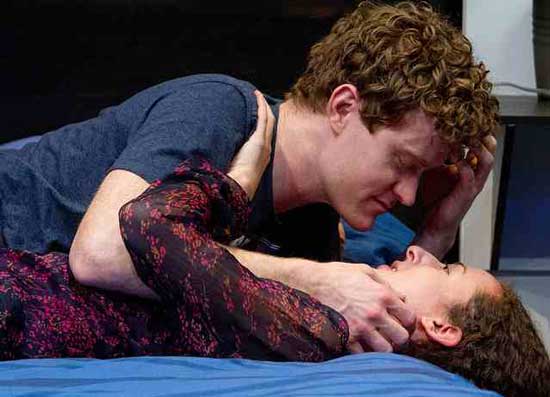 In addition to presenting its own productions in 2012-2013, including Completeness, Theater Wit's three 99-seat theaters are always booked with an eclectic slate of new plays and musicals by Chicago's most popular and accomplished off-Loop theater companies.

That's why Theater Wit has introduced Chicago's first live theater, Netflix-like membership program, to encourage cross-pollination among its own productions and those presented by resident and visiting companies. With a Theater Wit Membership, you can see as many plays as you want at Theater Wit, year round, for one low monthly fee of $36 ($22 for students). Traditional multi-play flex passes are also available. To purchase a Membership Program, flex pass, single tickets or for information about current and upcoming productions at Theater Wit, call 773.975.8150 or visit TheaterWit.org.

Theater Wit inaugurated its newly renovated, $1.3 million venue at 1229 W. Belmont Ave., the former home of the Bailiwick Arts Centre, in June 2010. The Chicago Tribunecalled the new Theater Wit "A thrilling addition to Chicago's roster of theaters"(Chicago Tribune) and New City agreed Wit is "a terrific place to see a show."

Today, Theater Wit boasts three intimate 99-seat performance spaces - the only theater in Chicago with such a configuration - plus a new box office, administrative offices, a beer, wine, spirits and coffee bar, and a cool, casual lobby.

Founded in 2004, Theater Wit's mission is to explore contemporary issues with wit and wisdom through new works and Chicago premieres.  For more information, visit TheaterWit.org.
#   #  #

About the Playwright
Itamar Moses is the author of The Four of Us, which like Completeness had its Midwest debut under Jeremy Wechsler's direction at Theater Wit in 2011.  That production earned three-and-a-half stars from the Chicago Tribune, four stars from Time Out Chicago, and for Moses, the new designation "one hell of a playwright" from the Chicago Reader. His subsequent play Completeness has received east and west coast premieres at Playwrights Horizons and South Coast Repertory respectively. Moses' other plays include Bach at Leipzig, Outrage, Celebrity Row, Yellowjackets, Back Back Back,and an adaptation of Jonathan Lethem's The Fortress Of Solitude.


His work has appeared Off-Broadway and elsewhere in New York, at regional theaters across the U.S. and Canada, and has been published by Faber & Faber, Vintage Heinemann Press, Playscripts Inc., and Samuel French, Inc. He has received commissions from The McCarter Theater, Playwrights Horizons, Berkeley Repertory Theatre, Wilma Theater, Manhattan Theatre Club, and South Coast Rep. Moses holds an MFA in Dramatic Writing from NYU and has taught playwriting at Yale and NYU. He is a member of the Dramatists Guild, MCC Playwrights Coalition, Naked Angels Mag 7, and is a New York Theatre Workshop Usual Suspect. Moses has written for HBO's hit series Boardwalk Empire and he was just featured in New York Magazine's "Reasons to Love New York 2012" issue. He was born in Berkeley, California, and now lives in Brooklyn, New York. 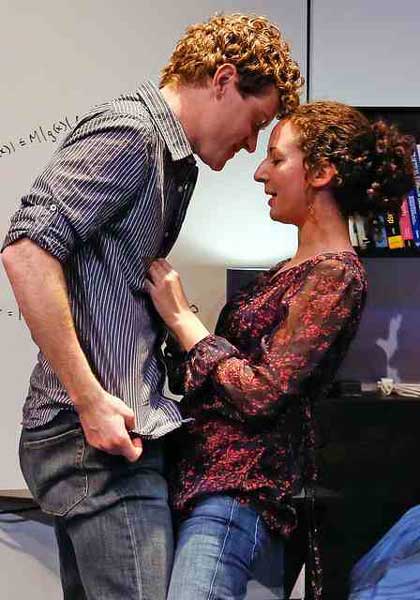 All Production Photos Credit: Charles Osgood
Posted by Bonnie Kenaz-Mara at 10:21 AM No comments: