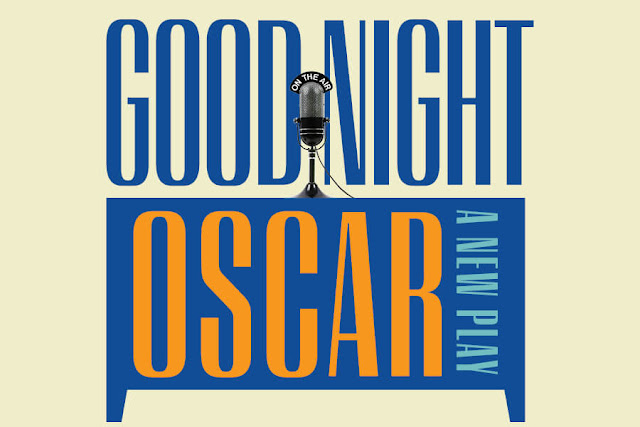 ***LISA PETERSON DIRECTS THE NEWEST PLAY BY THE PULITZER-PRIZE WINNING AUTHOR OF I AM MY OWN WIFE AND WAR PAINT IN THE ALBERT THEATRE MARCH 12 – APRIL 17, 2022***

This spring, the nostalgia of 1950s late-night talk-shows takes the stage in the world premiere of Good Night, Oscar—Pulitzer Prize-winning playwright Doug Wright’s exploration of the nexus of humor and heartbreak, the ever-dwindling distinction between exploitation and entertainment, and the high cost of baring one’s soul for public consumption. 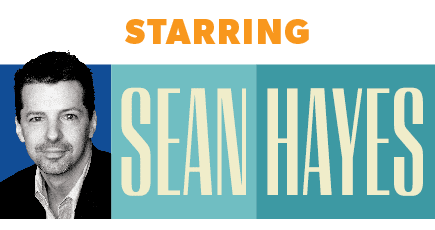 “We are thrilled to produce the world premiere of this incredible new play by Doug Wright—an author I’ve long admired for illuminating his characters’ personal truths while infusing their stories with humor and wit. And we welcome director Lisa Peterson, who tackles classics and new works with equal vivacity and skill; her versatility makes her a perfect fit for Doug’s psychologically rich and highly theatrical new play,” said Artistic Director Robert Falls. “And we warmly welcome this stellar cast—led by Emmy Award-winning actor Sean Hayes, best known for his masterful portrayal of Jack McFarland on the NBC sitcom Will & Grace. Sean has stepped elegantly between the screen and stage for many years, receiving a Tony Award nomination for Best Leading Actor in a Musical for his role in Promises, Promises, and appearing in films such as The Bucket List, The Three Stooges and Pixar’s Monster’s University. I am delighted that Sean, who grew up in Glen Ellyn, makes his Goodman debut playing the brilliant and achingly human Oscar Levant.”

Halfway into the 20th century finds Americans glued to their TVs as Jack Paar’s amusing and always unpredictable banter echoes across living rooms. One night, he is joined by the equally unbridled pianist and character actor Oscar Levant. During an evening of witty one-liners—“there’s a fine line between genius and insanity; I have erased this line”—Oscar lays bare the necessity of insanity in the making of brilliant work and the cost he is willing to pay to entertain the masses in an episode that Paar’s audience, and the rest of America, won’t soon forget.

“I’m very excited to be back at the Goodman for a third time, with another play about a character plucked from history,” said playwright Doug Wright, whose previous work at the Goodman includes the musical War Paint (2016) and I Am My Own Wife (2005), for which he earned the Pulitzer Prize. “I hope Chicago audiences find Oscar Levant as irascible, lovable, infuriating and unexpectedly moving as I have during the process of writing about him.”

THE COMPANY OF GOOD NIGHT, OSCAR

Casting is by Stephen Kopel. Dramaturgy is by Jacqueline Lawton. Kimberly McCann is the Production Stage Manager and Mario Wolf is the Stage Manager.

Touch Tour and Audio-Described Performance: Saturday, April 9, 12:30pm Touch Tour; 2pm performance – The action/text is audibly enhanced for patrons via headset. NOTE: Touch Tours for the 2021/2022 Season will not have access to the stage due to current health and safety protocols, but will feature alternate pre-show sensory introductions.

Open-Captioned: Saturday, April 16 at 2pm – An LED sign presents dialogue in sync with the performance.

Chicago’s theater since 1925, Goodman Theatre is a not-for-profit arts and community organization in the heart of the Loop, distinguished by the excellence and scope of its artistic programming and community engagement.

Led by Artistic Director Robert Falls and Executive Director Roche Schulfer, the theater’s artistic priorities include new play development (more than 150 world or American premieres), large scale musical theater works and reimagined classics. Artists and productions have earner two Pulitzer Prizes, 22 Tony Awards and more than 160 Jeff Awards, among other accolades. The Goodman is the first theater in the world to produce all 10 plays in August Wilson’s “American Century Cycle.” Its longtime annual holiday tradition A Christmas Carol, now in its fifth decade, has created a new generation of theatergoers in Chicago. The Goodman also frequently serves as a production and program partner with national and international companies and Chicago’s Off-Loop theaters.

Using the tools of the theatrical profession, the Goodman’s Education and Engagement programs aim to develop generations of citizens who understand the cultures and stories of diverse voices. The Goodman’s Alice Rapoport Center for Education and Engagement is the home of these programs, which are offered free of charge for Chicago youth—85% of whom come from underserved communities—schools and life-long learners.

Goodman Theatre was founded by William O. Goodman and his family in honor of their son Kenneth, an important figure in Chicago’s cultural renaissance in the early 1900s. The Goodman family’s legacy lives on through the continued work and dedication of Kenneth’s family, including Albert Ivar Goodman, who with his late mother, Edith-Marie Appleton, contributed the necessary funds for the creation on the new Goodman center in 2000.

Posted by Bonnie Kenaz-Mara at 9:14 PM No comments: