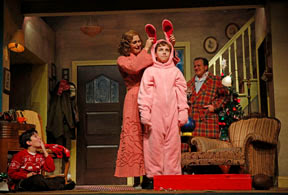 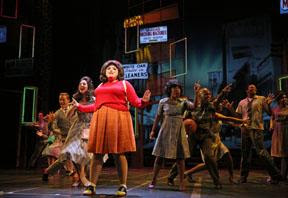 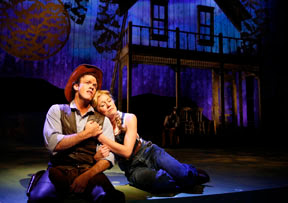 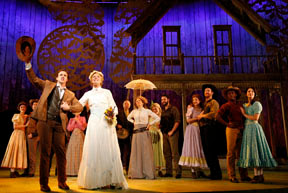 Here at ChiIL Live Shows we've been hearing rumors of Paramount Theatre's high caliber productions for years. Now the Jeff Awards judges have made it official, granting the Aurora based venue more nominations for the 2015-16 season than any other theatre in the region. Here's a recap of the shows that are up for Jeff Awards this October and a look at great things to come in Paramount's 2016-17 Broadway Series.

Oh what a beautiful day it is at the Paramount Theatre in downtown Aurora!

Chicago's Joseph Jefferson Committee just announced the 2015-16 Equity Jeff Award nominees, and the Paramount is thrilled to share that its Broadway musical series productions earned 14 nominations - more than any other Chicago theater - for outstanding performance, direction and/or design in Chicago theatre last season.

Additionally, all four of its 2015-16 Broadway Series productions - OKLAHOMA!,
A Christmas Story - The Musical, Hairspray - The Broadway Musical and West Side Story - were nominated. 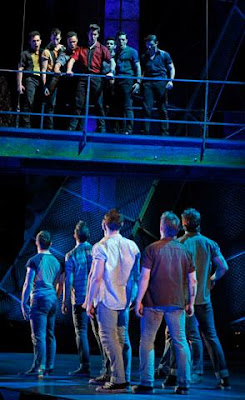 The Sharks vs. The Jets in Paramount's West Side Story 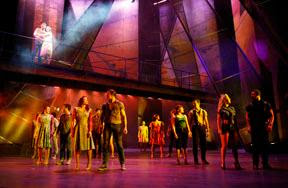 Colte Julian as Curly and Allison Sill as Laurey in Paramount's OKLAHOMA! 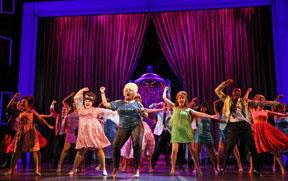 A Christmas Story - The Musical - one nomination 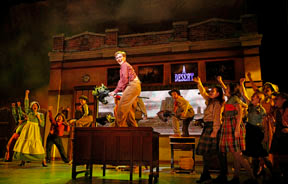 Michael Harp as Ralphie in Paramount's A Christmas Story - The Musical

"We couldn't be more thrilled for this much-appreciated recognition from the
Jeff Committee for Paramount's Broadway team and every theater artist who worked on last season's productions," said Paramount President and CEO Tim Rater.

"We weren't joking when we launched the Broadway series five years ago with a goal of producing the very best musicals in the entire Chicago area. Judging from the Jeff Committee's response to our work for two consecutive seasons, I'm happy to say we are attaining that goal."

"I'm very grateful to the hard working Jeff Committee, Chicago theater lovers all! As always, I'm also very happy for the creative and technical teams, on stage and behind the scenes, for this recognition," said Artistic Director Jim Corti.

Last season, Corti won the Jeff Award for Best Director/Musical (Large) for his 2015 staging of Les Misérables, which also won Best Musical - two of five top Jeff Awards from an unprecedented 16 nominations in 2014-15, the Paramount's first year of eligibility.

Mark your calendars: the 2015-16 Jeff Award winners will be announced
October 17, 2016.
To see the full list of nominees, visit jeffawards.org. 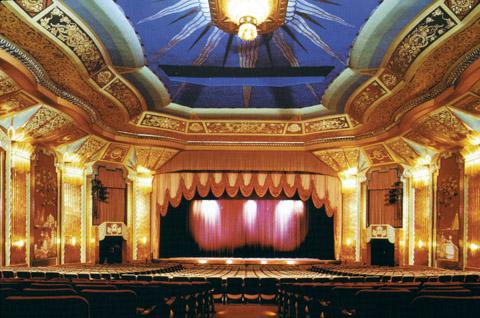 Paramount anticipates more than 30,000 subscribers will take advantage of Paramount's now-familiar Buy Two, Get Two offer, or four musicals for no more than $29.50 per show.

The rewards are ample - four amazing, Broadway-quality, award-winning classic American musicals at one of the most majestic theaters in the Midwest, all for the price of one show downtown.

About The Paramount Theatre
The Paramount Theatre (ParamountAurora.com) is the center for performing arts, entertainment and arts education in Aurora, the second largest city in Illinois. Named "One of Chicago's Top 10 Attended Theatres" by the League of Chicago Theatres, the 1,888-seat Paramount, located in downtown Aurora at 23 E. Galena Blvd., is nationally recognized for the quality and caliber of its presentations, superb acoustics and historic beauty.

The Paramount self-produces its own Broadway Musical Series, presents an eclectic array of comedy, music, dance and family shows, and on most Mondays, screens a classic movie. 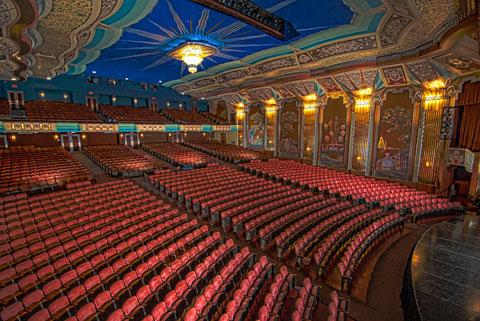 Inside the historic Paramount Theatre
Posted by Bonnie Kenaz-Mara at 8:55 AM No comments: