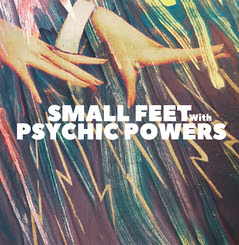 “The group’s otherworldly sound comes from the music of leader Simon Stålhamre, an artist who knew exactly what he wanted when he left school at 15.”—NPR “World Café”
“immediately contagious”—Clash

With Psychic Powers, the sophomore effort from Swedish artist Small Feet, is due March 29 on Barsuk Records. In anticipation of the upcoming release, the video for the track “Masquerade” is premiering at FLOOD Magazine.

“‘Masquerade’ deals with loneliness and alienation in the digital age,” notes frontman and songwriter Simon Stålhamre. “That has always been a recurring theme for me in my music and in life.” FLOOD Magazine adds, “The song’s delicate yearnings and shuffled rhythms are visualized through a conceptual music video that mirrors the lyrics’ frustrations. The clip takes a profound look at modern mating rituals, often reduced to little more than an exchange of staged photographs.”

Small Feet also recently premiered the first single from With Psychic Powers, “Let the Guys Down,” via Brooklyn Vegan.

Recorded over the winter of 2017-18 at Stålhamre’s own Studio Kvastis in Stockholm, the album marks a move in a more experimental direction from Stålhamre’s critically acclaimed debut full-length, 2015’s Far Enough Away Everything Sounds Like The Ocean, which received praise from The New York Times, NPR’s “World Café,” Clash, MOJO, KEXP FM and many more while earning Stålhamre positive comparisons to Neil Young and Jason Molina.
Small Feet is set to tour Europe throughout the spring in support of the new album, see below for a list of dates.

Stålhamre began writing the songs for With Psychic Powers in 2016 while on tour in the U.S. “By that time, I felt like I’d learned so incredibly much from the process with the first album and from other musicians and producers around me,” he explains. “Christopher Cantillo was a huge influence on me; besides playing drums in Small Feet he’s also a professional jazz musician. The way they work was very inspiring, they’re like blue collar-workers, getting in the studio early in the morning, doing 20 super tight takes…and then they’re done. Bam, thanks folks! Let’s record another album tomorrow morning! They have a way of unsentimentally just moving on, relying on their skills, talent and intuition rather than overthinking every detail. That is something I’ve learned a lot from.”
Stålhamre formed Small Feet with bassist Jacob Snavely and drummer Cantillo along with the help of producer and The Concretes’ drummer Dante Kinnunen. The band went on to record their debut record in a 16th century cabin in Stockholm, after which Stålhamre founded the Studio Kvastis label (which is releasing With Psychic Powers in Europe). “It’s been a dream to me ever since I hung out at Café Brevé a hundred years ago and heard the news that Robyn had started her own Konichiwa label,” Stålhamre explains about owning his own label. He continues, “with Studio Kvastis I feel for the first time ever that I have the possibility to kindle and finalize all my ideas.” 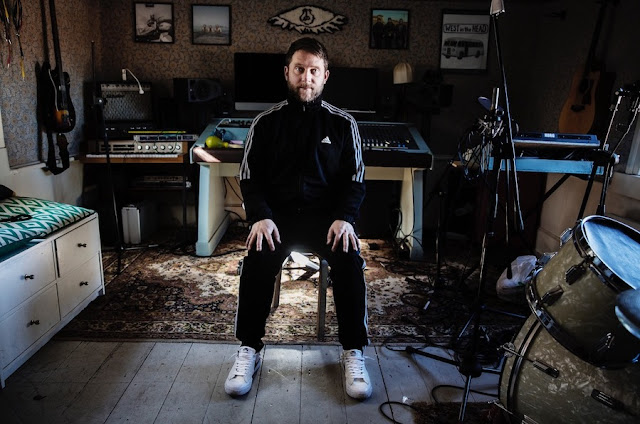