A Red Orchid's latest, 70's era jiggle show lampoon, Apartment 3C, is cringeworthy in the best way. Every character is fatally flawed, empty inside, and utterly recognizable. As we left the theatre, one patron practically ran over us, and couldn't exit fast enough. We overheard him mutter "Candidate for the worst play of the year." In my book, if a cast can evoke such a strong, visceral reaction, even a negative one, they're doing something right. If you're not disturbed by this production, you're not paying attention. 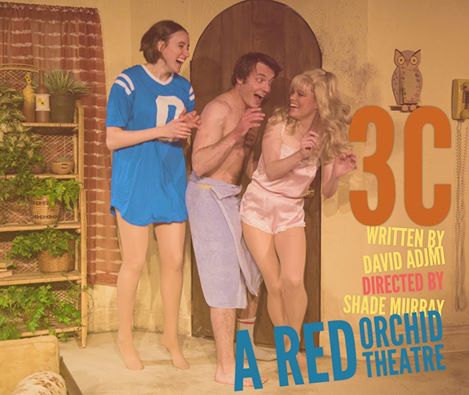 All production photos by Michael Brosilow

3C brings to stage the familiar archetypes of the blonde bimbo, androgynous girl, and gay Vietnam vet, with fabulously funny, over the top caricatures, with dark undercurrents of alcoholism, sex addiction, closeted homosexuality, poverty, and more. The lecherous landlord and his flakey wife are also exaggerated and taken to the next disturbing level of actual molester, hitting on his young female and male tenants alike, and suicidal stress ball, too neurotic to stay on her meds, and depressed by her abusive train wreck of a marriage. 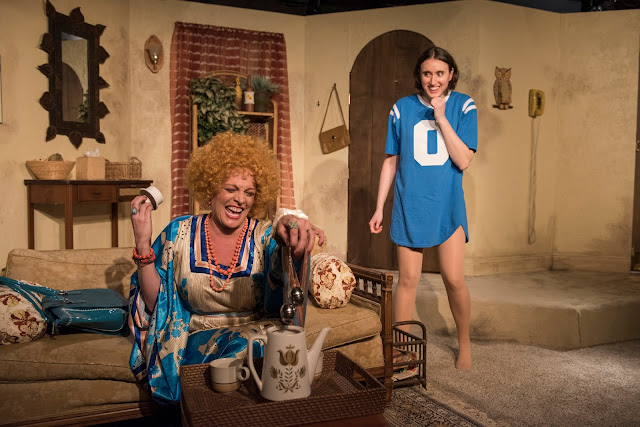 The jokes are truly tasteless and offensive, as is the in your face abuse. And that's really the point. As a society, we've become immune to mild mannered sexism and gay bashing comedy, merrily laughing along, while these portrayals in real life and on popular shows seep into our collective unconscious causing bias among even the best intentioned. Come meet the shopping and sex addicted preacher's kid with an abusive past who just wants to feel beautiful and ends up more alone and unhappy than ever, the androgynous alcoholic who may be in love with her female roommate, the closeted gay boy forced to pretend to be a straight boy pretending to be a gay boy, the shallow swinger friend he's in love with, and the landlords from hell. 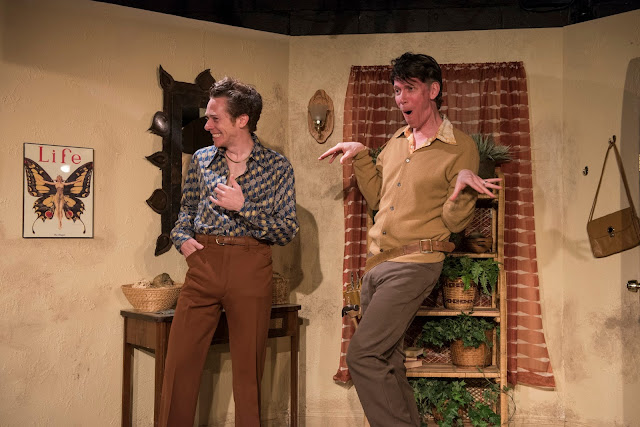 Sometimes it takes an over the top, black comedy to wake us up to how absurd and awful it truly is to stereotype others and treat them with an utter lack of respect, and how psychologically damaging it can be to hide your true self and not seek help for crippling issues. We live in a sick society when LGBT sexual identity, naïveté, mental illness, physical traits beyond our control, abusive marriages and addictions become the butt of jokes for our consumption. And not much has changed in four plus decades. 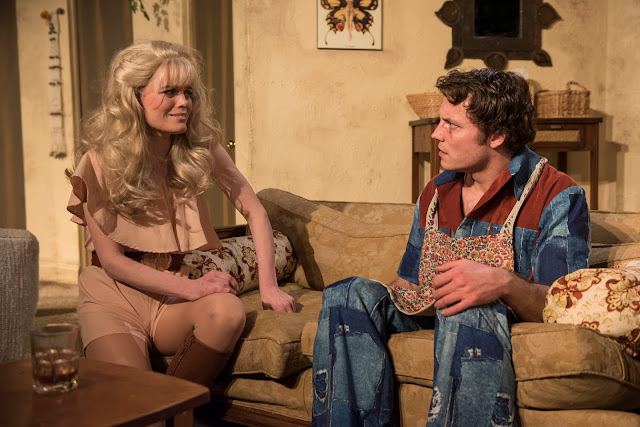 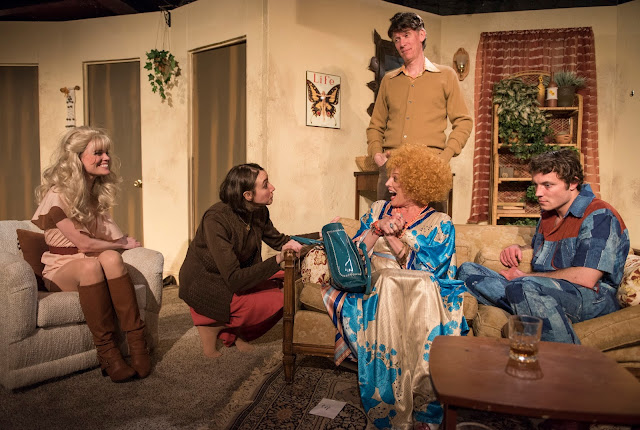 This show is well worth seeing, with high energy performances by the entire cast and creative directing choices by the infamous Shade Murray. Just don't let the disco dancing, psychedelic kaftan, and polyester suits lull you into expecting a lighthearted retro comedy. The first half was laugh out loud funny, with loads of innuendo and bumbling physical comedy, but it turns black fast. This show takes a while to process and it was still consuming my thoughts a day later. I was left musing whether the show would come across as even darker and more disturbing with a ubiquitous 70's sitcom laugh track. Come check out the California dystopian flashback that is 3C for yourself. Recommended. 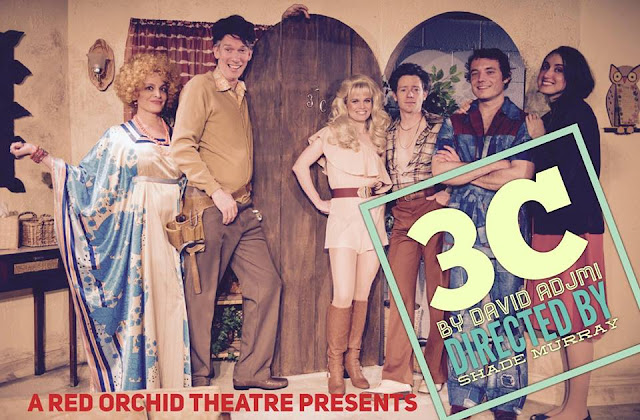 Inspired by 70’s sitcoms and the political incorrectness of "jiggle television," 3C is a hilarious and horrifying look at identity and what lies beneath the homogeneous perky veneer. Brad lands in L.A. to start a new life. A wild night of partying finds him passed out in Connie and Linda’s kitchen and the three strike a deal that raises the suspicions of the landlords. Complications spiral out of control, taking the show from farce to something... unexpected.

Posted by Bonnie Kenaz-Mara at 2:02 PM No comments: