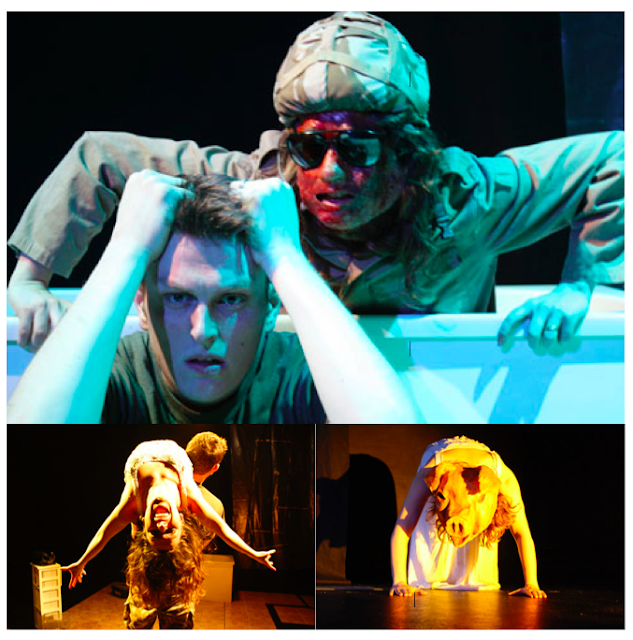 I have never seen a play before where all the action revolves around a bathtub. “Set in a bathroom, Nobody’s Home follows a soldier’s journey through his own mind, as he struggles with the monsters of his past to finally come home,” as described by Theatre Temoin and Grafted Cede theatre. While sometimes hard to witness, Nobody’s Home is an important story to tell about PTSD---the hell it creates for the central figure as well as his frustrated and exasperated wife. During the pre-show introduction, the audience is reassured that if anyone needs to step out because of the intensity of the show, the actors will not be offended; they are used to it from their many performances on military bases.

Returned soldier Grant and wife Penny are struggling to return to normalcy after his third tour of duty, which has pushed him over the edge. Penny wants Grant to finally fix the bathtub drain, but Grant’s demons prevent him from accomplishing anything other than basic survival. While her traumatized husband plays Zombie Hunter for endless hours in the bathroom, his also-suffering wife reminisces to their unborn child about the man she married. “He’s been home eight months, and I still feel like I’m waiting.” She reassures herself by reading the love letters he had sent home from the front. The husband she knew is damaged beyond recognition. “Either he’s playing video games in the bathroom, or he is lying next to me, and I’m afraid for my life.”

Will Pinchin does a great job playing the emotionally tormented Grant. But his real-life wife Dorie Kinnear as Penny is amazing in her many roles, playing a psychiatrist, a dead comrade who torments Grant’s thoughts, (“Where were you when I was getting my face blown off?”) and a woman Grant encountered overseas who still haunts him. Penny deserves a medal for what she is tolerating, and I wondered how spouses in these tough circumstances are able to cope. (They are heroes as well.) Just as she is ready to leave Grant, he begs her to stay. In a cool bit of choreography, Pinchin and Kinnear alternate between reality and scary flashbacks in a move they call “the spin.” The lights dim when Grant envisions the native woman from the war and brighten as he embraces Penny, trying to not let her slip away.

Nobody's Home has been perfected over the ten years since its inception. We were lucky to chat with the actors after the show, delighted to discover they are a married couple with a two-and-a-half-year-old daughter. Americans from the two coasts, they met doing theater and currently reside in England. They said the play has a prominent, kind of weird place in their relationship. It is a story that needs to be told.

Pinchin and Kinnear were impressed with our city and commented on how “nice everyone has been in Chicago.” Awwww. They planned to explore a bit the next day, so we made suggestions on where to eat and what to see. We are lucky they shared their unique play with the Windy City and hope they return soon. 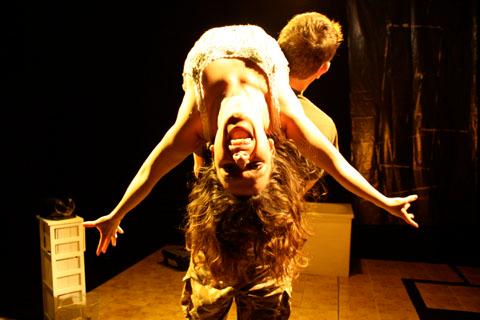 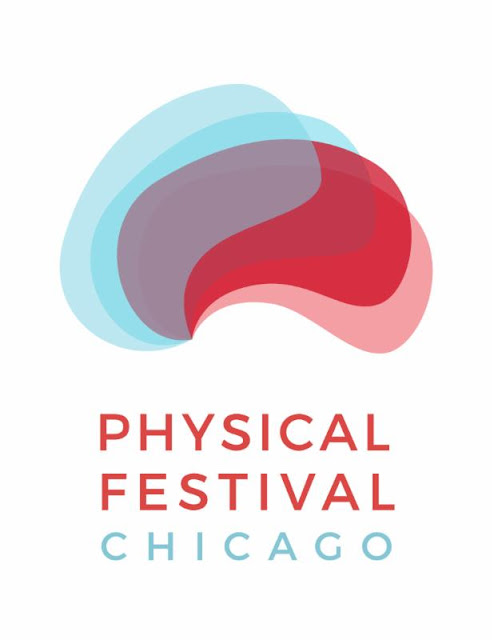 AN INGENIOUS DON QUIXOTE VIA SPAIN/UK

THIS JUST IN!
A NEW AUDITION WORKSHOP
WITH A LEADING CIRQUE DU SOLEIL TALENT SCOUT

Learn directly from top Cirque du Soleil talent scout Leon Kupferschmid. Find out what he looks for in potential performers prior to Cirque du Soleil’s Chicago auditions for dancers, clowns and physical actors, June 9 and 10.

Limited space is still available for the remaining workshops:


Visit physicalfestival.com/workshops for full workshop descriptions and to register. Workshops are $50 each, or look for information on a discounted workshop pass. 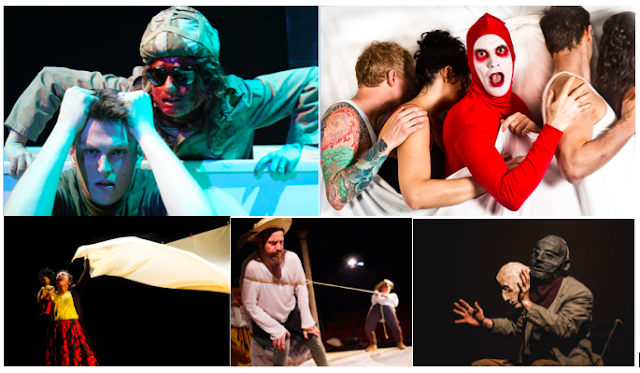 
Posted by Bonnie Kenaz-Mara at 2:56 PM No comments: