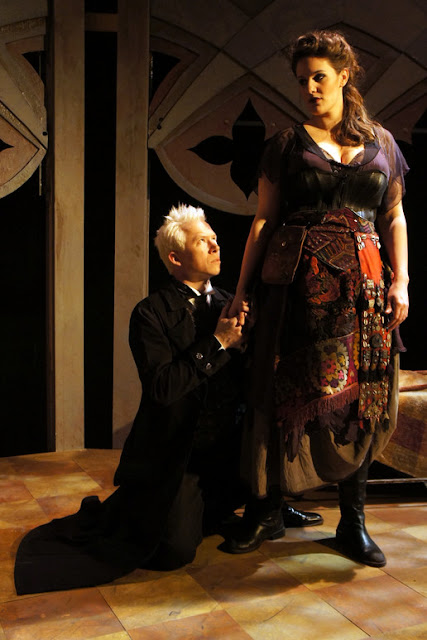 Jason Kingsley as Zastrozzi and Dani Smith as Matilda are particularly impressive.   photo credit:   The Division

The Division knows how to make an entrance! Check out the final days of the first show of their debut season, Zastrozzi!    In a city bursting at the seams with great storefront theatre, it's rare to find a new contender worth raving about.   The Division Theatre Company is off to an impressive start. 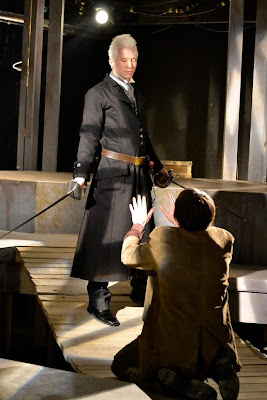 We were able to squeak in and see them Wednesday, near the end of their run and we're glad we did!  They made the daring choice to introduce their company with George Walker's Zastrozzi, The Master of Discipline and the press lapped it up. 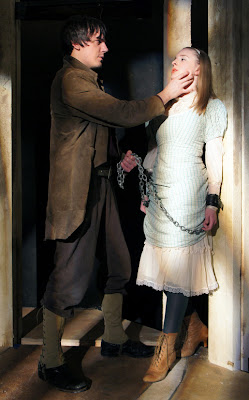 There's not a weak link in the cast.  And the characters are written with a delightful mix of traits, taunting the audience to love the handsome roguish, brilliant murderers and find the virginal brat and the visionary artist annoying.   The wealthy are imbecilic and the servant a genius.   The show is full of eloquent monologues, witty observations, and intriguing contradictions, as the saintly are seduced but not to self destruction, and those who wish to protect, destroy.    Even the power plays are not one sided between the protagonists, but ebb and flow in a tantalizing trade off, much like many of the characters' very insanity and lucidity. 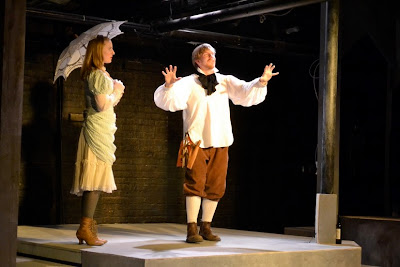 ...to engage the community in questions of ethics, morality, and the demands of civilization. By exploring these issues in a theatrical setting, we seek to stimulate dialogue, self reflection, accountability, and a greater apprehension of each individual's role in shaping the culture and the world we live in. 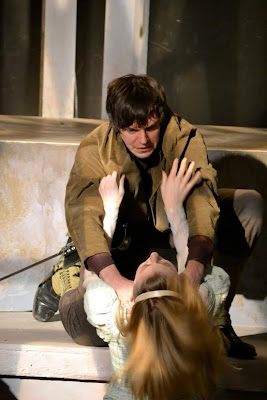 ZASTROZZI The Master of Discipline

Europe, 1893.  Zastrozzi - atheist, art-critic, and master criminal - has spent the past three years in the singleminded pursuit of revenge against his mother's murderer, the born-again, former performance artist and self proclaimed Messiah of caterpillars, Verezzi.

With the aid of his murderous protege Bernardo, and his sometimes lover the accomplished seductress Matilda, Zastrozzi has finally cornered Verezzi for a final showdown between good and evil, love and hate, art and mediocrity. 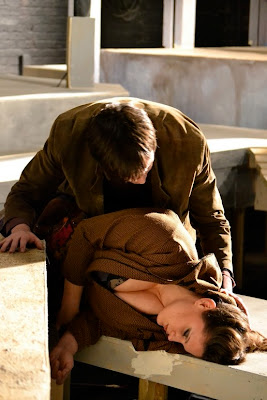 “You think that a wall

as solid as the earth

I tell you the division is a thread,

a sheet of glass.

A touch here, a push there,

and you bring back the reign of Saturn.”

Check out their main site for advanced tickets and more info


Up next from The Division: 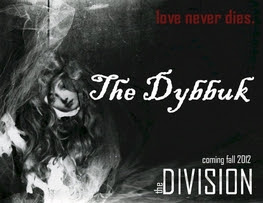 THE DYBBUK
FALL 2012
In an isolated Jewish shtetl community, brilliant young Talmudic scholar Hannan delves deep into the mystical arts of the Kabbalah, hoping to win the hand of the beautiful Lehla.

When Lehla's engagement to someone else is announced, Hannan dies on the spot...  But his relationship with Lehla is only beginning.

In a world where the dead and the living sit side by side at table, history can not be forgotten, and love can not be ignored.