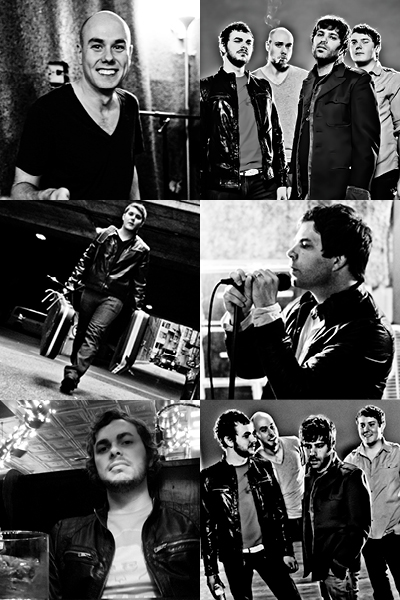 Chicago's The Bright White have organized the second annual Warm, Safe and Sound, a concert/clothing drive featuring some of the city's top bands, including co-headliners Panda Riot and openers Panther Style. The show will take place on Thursday, Dec. 20 at Schuba's Tavern at 7PM. Cover is $8 with the donation of winter gear for the needy.

Panda Riot formed in Philadelphia while Brian Cook and Rebecca Scott were working on some short films. Soundtracks turned into songs and Panda Riot was born. They picked up a drum machine, a couple of guitars, and the result was She Dares All Things, a collection of bedroom recorded songs. A move to Chicago saw the addition of Justin Cheng on Bass and Jose Rodriguez on Aux percussion. Last year they dropped the Far and Near Ep. This year they are currently working on a new record entitled Northern Automatic Music.
- - - - - - - - - -
Comprised of four working class guys who proudly wear their hearts on their sleeves, Chicago's The Bright White debuted in 2011. Frontman Matthew James and guitarist Joe O'Leary dreamt up the concept of combining elements of power pop and post-punk months before drummer Steve Zelenko and bassist Peter Krutiak responded to a Craigslist ad for a rhythm section. 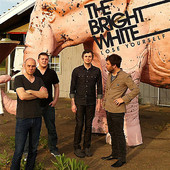 The Bright White released their second album, Lose Yourself, in the summer of 2012. They look forward to connecting with audiences who have been waiting for sing-along choruses, fist-in-the-air guitar solos and the swagger of a band who knows its best days are ahead: "The Bright White make power pop music, with the power part made bold and underlined. This is a band that sounds hungry. Starving, even. For every catchy chorus and guitar hook, there's a sense of urgency--almost a ferocity--that goes along with it to make it clear that they know exactly what they want to do." (Windy City Rock)

Shut out of sold out North Coast?   Or do you prefer to hide out from the sweaty Labor Day weekend masses and do something more low key?

Blane Fonda will be sharing a bill with local dream pop outfit Panda Riot at The Hideout on Saturday, Sept. 1.

Blane Fonda will be playing material from their most recent album, Foolish Croon, and are giving away the exclusive track "Sounds Like Static" with album purchase right here.

Performer Magazine
"The fivesome is at once energetic, magnetic and overwhelming with its insuperable undertow of synth-driven power pop."

Loud Loop Press
"If the record is any indication, Blane Fonda are poised to become one of Chicago's most exciting and intriguing indie rock acts."
Panda Riot

dreampop band from the center of your heart