Shattered Globe Theatre is pleased to launch its 2022-23 season with the Chicago premiere of STEW, Zora Howard’s Pulitzer Prize Finalist for Drama, directed by Malkia Stampley, playing September 9 – October 22, 2022 at Theater Wit, 1229 W. Belmont Ave. in Chicago’s Lakeview neighborhood. Tickets are currently available on at sgtheatre.org, by calling (773) 975-8150 or in person at the Theater Wit Box Office.

The Tucker women are up early to prepare an important meal, or at least that’s what Mama says. As the day wears on, tensions simmer inside and around Mama’s kitchen. Zora Howard’s award-winning play, STEW, is a hilarious and haunting drama that explores the unbreakable bond between kinswomen and reveals the power that loss holds over our lives when we refuse to share it with others.

SGT Producing Artistic Director Sandy Shinner comments, “SGT is delighted to introduce award- winning playwright and screenwriter Zora Howard to Chicago audiences with our production of STEW, finalist for the 2021 Pulitzer Prize in Drama. Our entire cast and production team is excited that Ms. Howard continues to be in conversation with us about the play, and will join us in Chicago for several rehearsals. I am equally thrilled to welcome nationally recognized actor, director and producer Malkia Stampley as director of STEW, her first mainstage production in Chicago. The entire artistic team is inspired by her passion for this important play.”

COVID-19 safety: All patrons at Theater Wit will be required to show proof of full vaccination before they even enter the lobby. Please note that masks are mandatory for all patrons for the entire duration of the performance, except when actively drinking beverages. Visit sgtheatre.org for more information.

Curtain Times: Thursdays, Fridays, Saturdays at 8 pm; Sundays at 3 pm. Please note: there will be not be a performance on Friday, September 16.

Shattered Globe understands that ticket prices can pose a financial burden and, at times, an obstacle for theatregoers. A number of waived tickets are available on a first-come, first-serve basis for students and community members experiencing access barriers to theatre. If you would like to be added to SGT’s Waived Ticket Waitlist, please email lswanson@shatteredglobe.org. Please note: all requests must be completed by 12 pm the Friday before the performance you would like to attend. The e-mail will not be monitored at all on weekends or after 5 pm on weekdays. 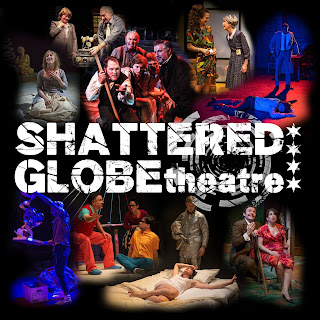 Shattered Globe Theatre (Sandy Shinner, Producing Artistic Director) was born in a storefront space on Halsted Street in 1991. Since then, SGT has produced more than 80 plays, including nine American and world premieres, and garnered an impressive 42 Jeff Awards and 107 Jeff Award nominations, as well as the acclaim of critics and audiences alike.

Shattered Globe Theatre seeks to discover new connections between story, artist and audience by exploring drama from bold, challenging perspectives, and continuously redefining what it means to be an ensemble theater.

SGT’s values are rooted in a commitment to racial equity, respect for all artists and support for the ensemble, while creating new opportunities to amplify traditionally marginalized voices and collaborate in all aspects of our work. Through initiatives such as the Protégé Program, Shattered Globe creates a space which allows emerging artists to grow and share in the ensemble experience. 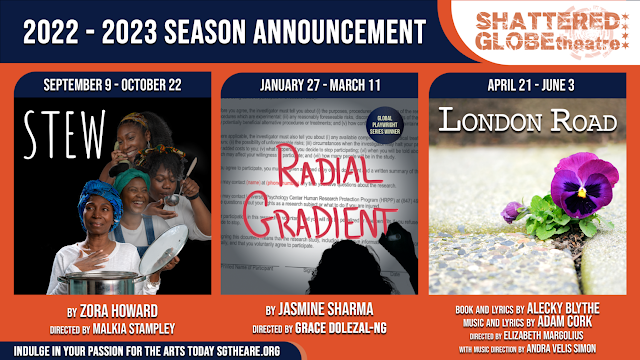