BLOOD SIMPLE, the first film by Joel and Ethan Coen, opens at The Music Box Theatre on Friday, July 8th, 2016 on a stunning 4K Digital Restoration! 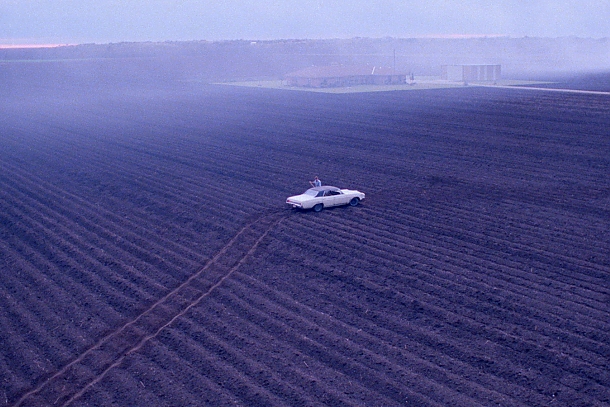 To honor this brand new restoration, The Music Box has programmed A Coen Brothers Retrospective. Films include FARGO, BARTON FINK, and THE MAN WHO ISN’T THERE. Each film will be shown on 35mm! Schedule to be announced.

BLOOD SIMPLE opens on a brand new restoration  at The Music Box on Friday, July 8th. Color correction and restoration were supervised and approved by filmmakers Joel and Ethan Coen, as well as director of photography Barry Sonnenfeld. For further information on BLOOD SIMPLE and the Coen Brothers retrospective, please visit www.musicboxtheatre.com. 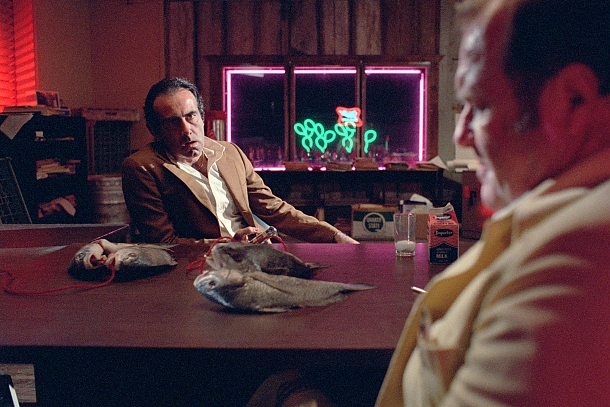 About Joel and Ethan Coen- (writers/directors/ producers/editors)
The Coen Brothers began making films in their backyard as children, using a Super 8 camera to re-create late-night-TV staples in a manner that foreshadowed their future tendency to re-envision classic Hollywood genres. After Joel graduated from New York University’s lm program and worked on a number of industrial films (as well as future Coen collaborator Sam Raimi’s The Evil Dead), and Ethan completed his studies in philosophy at Princeton, the pair teamed up in 1984 to produce Blood Simple, which made waves at the Sundance Film Festival and quickly became a critical hit upon its commercial release. Having established themselves as key figures in the new American independent cinema of the 1980s, the brothers further burnished their reputation with increasingly popular films such as Raising Arizona, Miller’s Crossing, and Barton Fink, which won the Palme d’Or at Cannes and garnered three Academy Award nominations.

About BLOOD SIMPLE-
This razor-sharp modern lm noir, the rst lm by Joel and Ethan Coen, introduced the brothers’ inimitable black humor and eccentric sense of character, a sensibility that has helped shape the course of contemporary American cinema. Deep in the heart of Texas, a sleazy bar owner suspects his wife of having an a air and hires a private detective to con rm his suspicions—only to have the crosshairs turned back on himself. Playfully shot by Barry Sonnenfeld and featuring a haunting score by Carter Burwell and a cunning performance by Frances McDormand, Blood Simple was a career-launching lm for this ensemble and the rst articulation of the precision of style that has de ned the Coens’ work ever since.