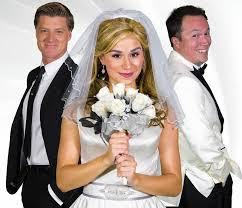 Review:
Searching out shows with young love, a rich villain, ghosts from the past, and a load of laughs? You have your choice of a plethora of productions. Add in a hoard of flying Elvis Impersonators, a trio of plumed showgirls, a rigged card game, a tristate trek ranging from New York to Nevada to Hawaii, and some of the wittiest wordplay and stellar new songs out there, and you're down to the one and only Honeymoon in Vegas, now playing at the acclaimed Marriott Theatre in Lincolnshire. 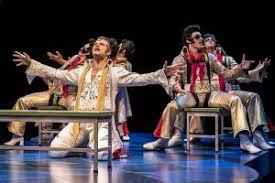 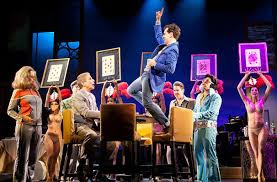 We adored this new musical, a regional premiere with the original Broadway director, Gary Griffin, on board as well as the original choreographer, Denis Jones, and costume designer, Brian Hemesath. This adaptation of the 1992 movie begins with common cold feet and gets infinitely wackier from there. Honeymoon in Vegas is a hoot and a half. Highly recommended. 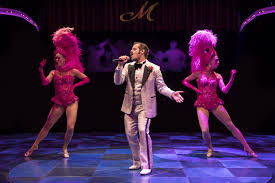 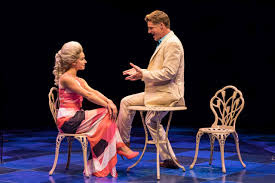 When it comes to powerhouse players, this theatre isn't messing around. They've assembled a multi award winning production team and hired major talent off stage and on, for this fabulously funny foray into the kitchy world of Las Vegas. There's not a weak performance in the bunch, but leads Jack (Michael Mahler), Betsy (Samantha Pauly), and Tommy (Sean Allan Krill) are particular standouts. 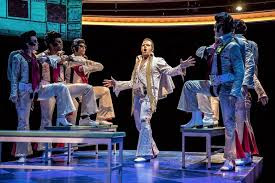 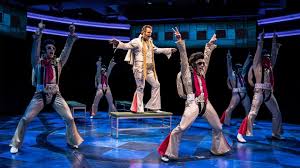 **Free parking is available at all performances.** 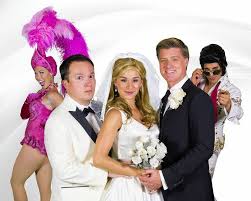 “HONEYMOON IN VEGAS brings a modern twist to the beloved classic American musical, written by a contemporary writer for today’s audiences,” says Director Gary Griffin. “And there’s just something about Chicago. I am excited to give The Marriott Theatre audiences unprecedented access to this particular show, with so many touch points coming straight from the Broadway stage.”

A delightful and bouncy mix of old-time Vegas and contemporary musical theatre, HONEYMOON IN VEGAS tells the story of Brooklyn couple Jack Singer and Betsy Nolan, who have escaped to Las Vegas to tie the knot. Everything changes when the couple encounters Tommy Korman, a dashing Vegas gambler who believes Betsy is a spitting image of his deceased wife. With Tommy’s determination and Jack’s hopeful heart, HONEYMOON IN VEGAS throws the audience on a hilarious rollercoaster ride of love, humor, and competition for true romance. 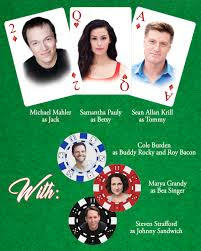 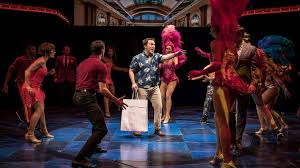 Email ThisBlogThis!Share to TwitterShare to FacebookShare to Pinterest
Labels: HONEYMOON IN VEGAS, review, shows on our radar, The Marriott Theatre, Theatre Chicago